This was a real busy weekend ! I had to go to a drugstore in the Waterloo center. 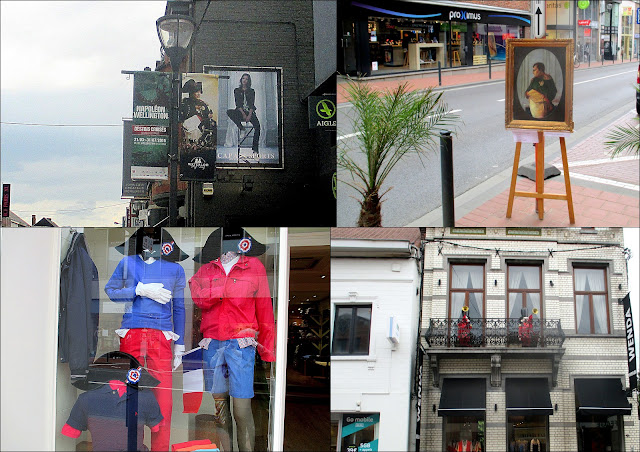 Some shops were nicely decorated for the bicentenary of the Waterloo battle. 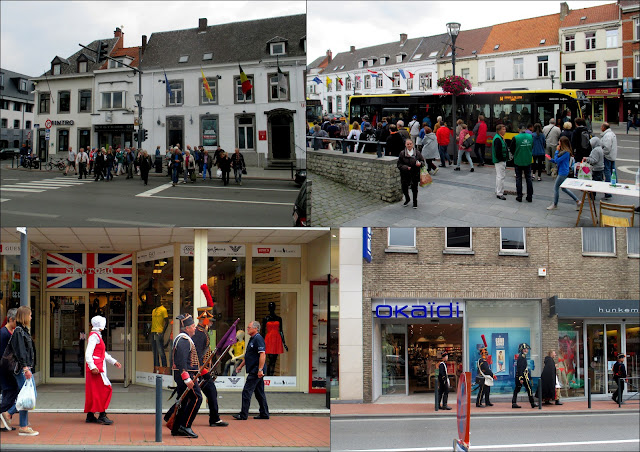 The center was packed with tourists. When I saw that I decided to help out, which wasn't foreseen.
But when I saw the crowds standing in front of the information desk at the bus stop, I stayed there the whole day. 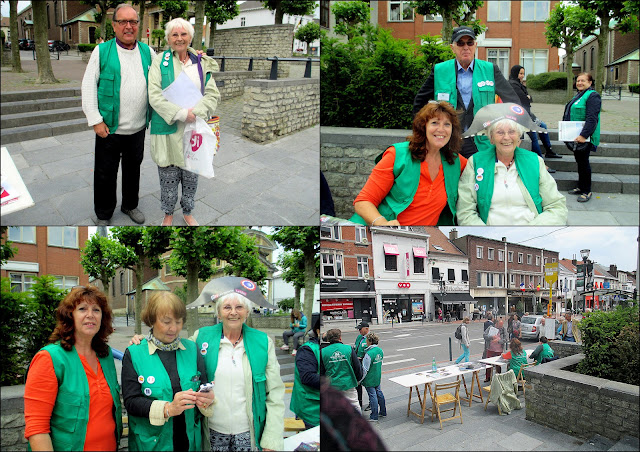 We were 5, and at some moments it wasn't enough ! Most of the people wanted to know how to get to the battle fields and wanted a map of Waterloo. I had to deal with Canadians, Australians, Americans, Brits, Germans, Italians and even Russians ! Fortunately they spoke French. 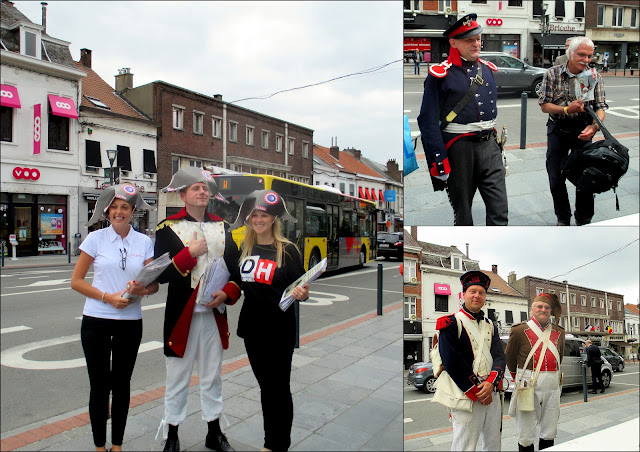 These young people distributed the Napoleon hats to the tourists. German soldiers asked some information too, before they had to go back to their camp for the reconstitution of the battle.

6.000 figurants, 300 horses and more than 100 canons participated and 60.000 spectators for each of the two reconstitutions over two days.

The next day it was even worse. Coaches and coaches arrived from the UK, Germany and the Netherlands. 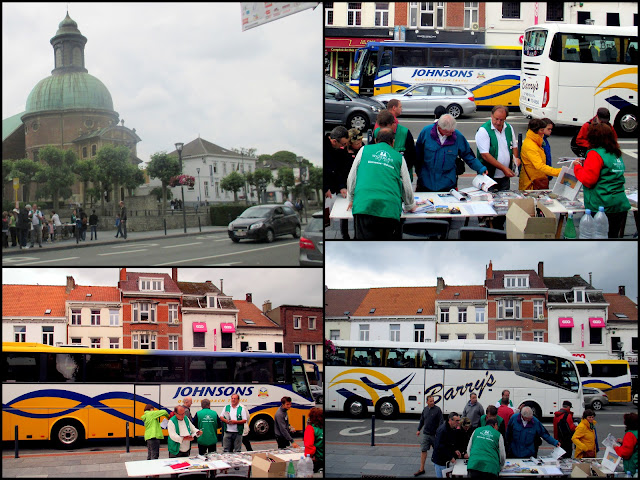 People came in whole groups and again mostly wanted to know how to get to the battle fields for the third reconstitution. 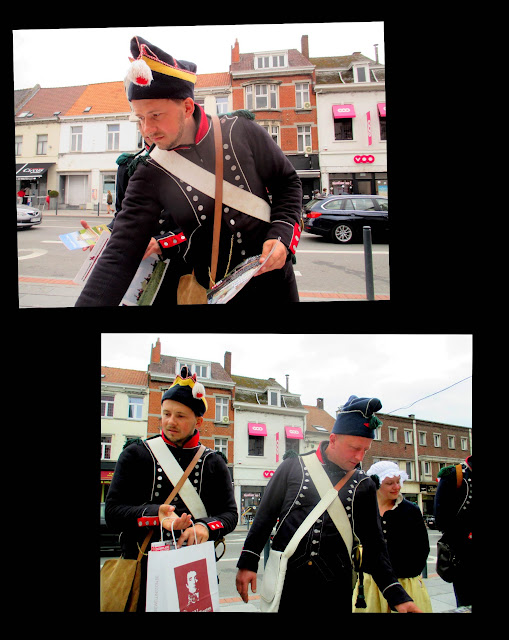 Surprisingly there were many "soldiers" coming from Ukraine !

We also got a lot of complaints. Spectators left the reconstitution after an hour, because they had seats from where they couldn't see anything. They were behind a hill ! The soldiers looked so small, just like ants crawling around, and it was impossible to see who was who the uniforms looked all the same from so far. There was so much smoke that even the figurants couldn't see each other. The transport back to Waterloo was so badly organized, that some people had to walk 6 km (a little more than 3 miles) to get back to Waterloo. I didn't meet one single person who had been satisfied with the show.

No comparison with the "Inferno" show the day before (see post below) which had enchanted everybody. 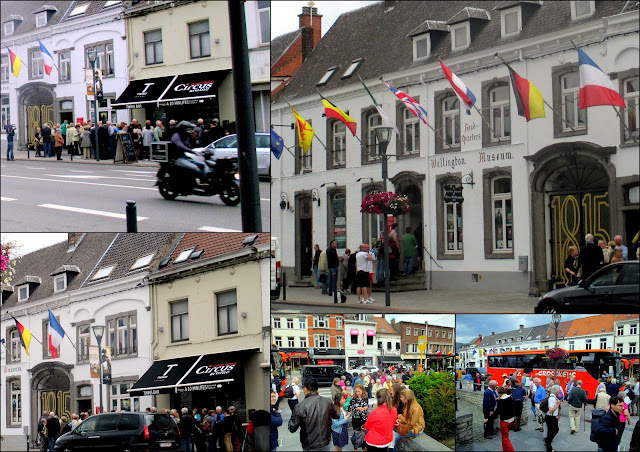 The Wellington museum was packed and people had to wait outside. I stayed until 4 pm, then I had enough and went home to pack my suitcase. 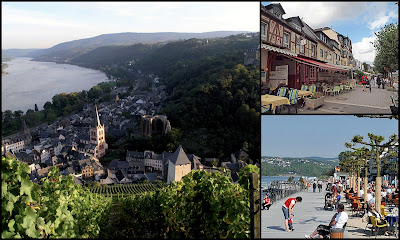 and now I am off for a 5 day holiday in Bad Breisig, at the Rhine in Germany from where I will write my next posts.
Posted by Gattina at 06:30

An interesting and exhausting time to be in Waterloo but it must have been fun to be part of such an event. Something to tell your grandson.
Now to enjoy a holiday and a rest in Germany.

Have a nice holiday. You will probably need it after so much work in the last few days!

That must have been exhousting to answer all those questions of so many people. Have a nice holiday.

Very interesting! I would have expected it to be extremely crowded. Look forward to your posts from Germany.

Oh dear, sometimes it is hard to satisfy everyone. Enjoy your holidays.

What a lot of fun! It looked very colourful. I love meeting people from different parts of the world.

It's a great pity people couldn't see the show properly and that transport was poorly organised. It quite spoils what otherwise would have been a good day.

Enjoy your holiday break in Germany!

Wonderful ! It was the place to be ! must have been a such adventure !

Whew! You deserve a break after that weekend. Well, too bad that both shows weren't perfect (I enjoyed your earlier post on the one that was so good).