As it was sunny but not too warm, I had no excuse anymore to postphone the more than necessary garden work. I pulled all my courage together, gave me an imaginary kick in the unspeakable took my car and went to the garden center where I always buy my flowers to be put in pots.

I thought it would be an easy job, just pulling out the fake flowers and plant the real ones in, but I hadn't counted with the weeds who had found a nice home in my pots ! When I had finished to clean all the pots and added some new soil, I was already fed up ! But I continued. Finally the flowers were in the pots at least in the front of our house and the entrance on one side. I decided that tomorrow was another day, fell on the sofa and watched a little TV before starting with my computer. Mr. G. was sent to the garden center to buy four bags of bark. He opened the bags, throw the bark in four different places, and exhausted went inside too ! 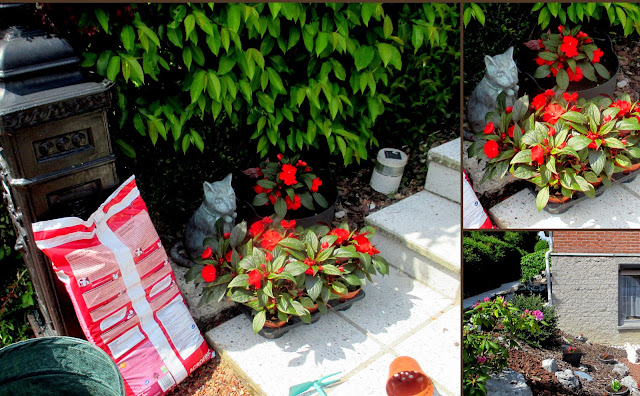 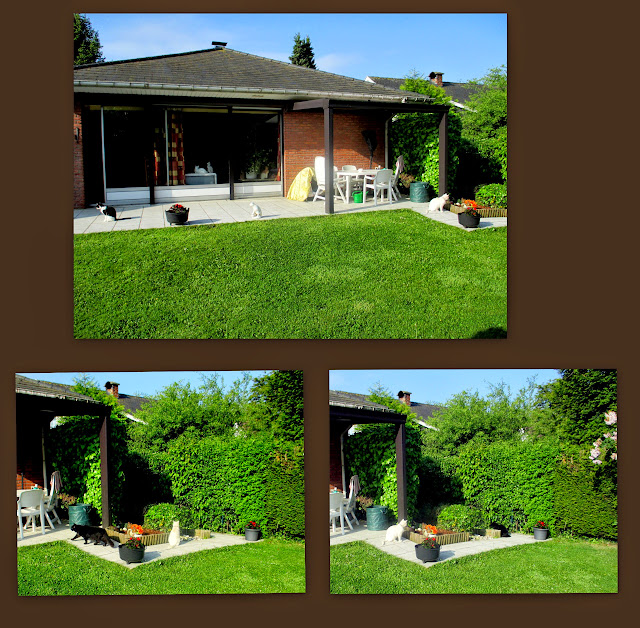 The next day I planted the flowers in the pots on the terrace, and raked the bark in the right places. I finished with an anti snail product, as we have again a snail invasion who eat up everything available even invoices in our mail box.

Now our garden looks like "little Versailles" and I was very satisfied. Relieved I thought that now I will be in peace until autumn when I have to pull the whole stuff out again.

Then I went to Ilona who was also exhausted from garden work and we lay in the sun and relaxed, recovering from our hard work !