Our cat Arthur loves everybody unless it is proved that the person in question is not worthwhile to be attended. But in our street he likes everybody and everybody likes him. 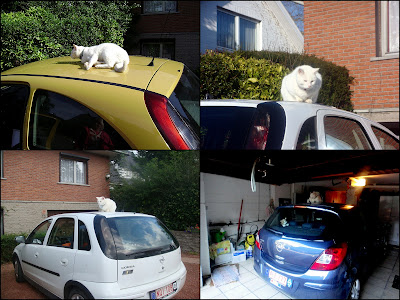 He loves to sit on cars and watch the street and leaving his velvet paw prints on the cars very much to the owners delight.

One day he saw our neighbour cleaning his car armed with a bucket and a sponge. Arthur immediately ran over to see if he did everything right. First he checked the water in the bucket by putting one of his delicate velvet paw inside, then he shook it vigorously, stating that water was wet.

He then slit elegantly tail up through and around the neigbour's legs and was surprised that the poor man almost fell over the bucket. I heard him shouting "go away Arthur, you are in my way" but as usual Arthur sometimes has serious hearing problems. So he stayed there and sat on the little wall besides the car. With his huge yellow eyes he followed every movement of the sponge, turning his head into the same directions.

Then he tried to start a conversation. But on his "Meow" questions, he got the answer "What do you want ?" Arthur thought the man is crazy he didn't want anything just a little chat. 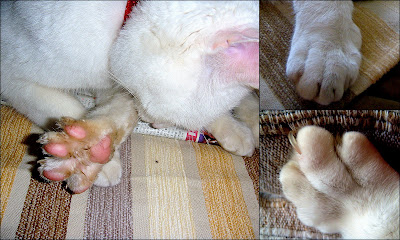 As he didn't get an answer he started to clean his velvet paws, which should normally be white but were a little grey.

Finally the car was finished and sparkled in the sunshine. Arthur happy that the car was finally clean, left his velvet paws like they were and jumped on the car roof, leaving cute little velvet paw prints all over from the hood to the trunk to embellish it. I won't repeat here what the neighbor said to Arthur ! I risk to be censured by Blogger ! 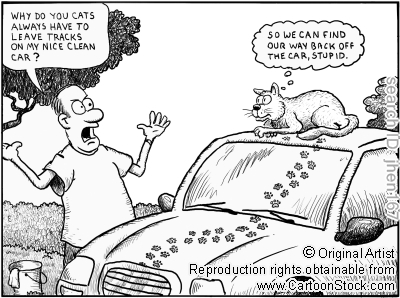