MY WEEKEND OF FEBRUARY 7

On Saturday morning we had a wonderful blue sky and I took the opportunity to drive to the Hougoumont farm where Wellington fought against Napoleon during the Waterloo battle. I wanted to see the progress of the restoration works for the bicentenary of the battle. 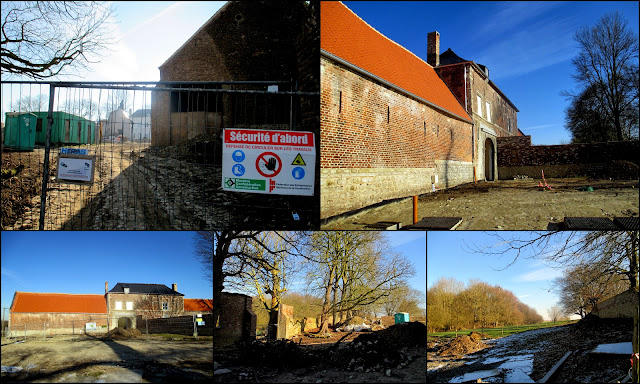 I couldn't go inside it was closed.  But from what I could see, there hasn't been much progress and I really wonder if they will have finished in time. I will write a post about this later. 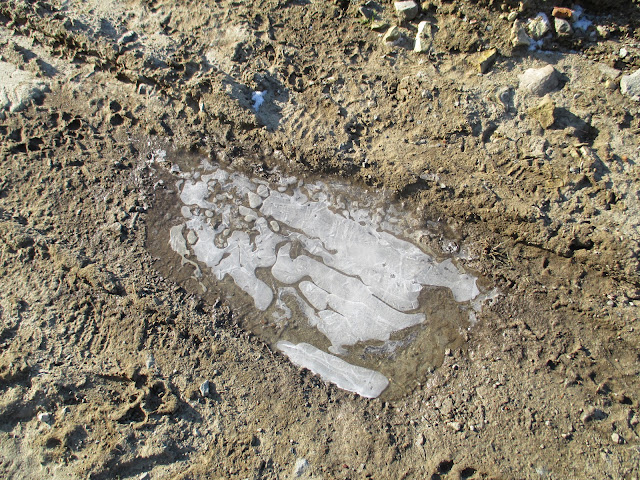 Fortunately I had boots on, because the street all around the farm looked like this, I was lucky that the ground was frozen, otherwise I would have gone stuck in mud !

In the afternoon the sun had disappeared and I stayed home. In the News I heart that the Thank you card from the former King and Queen in which the death of Paola still very much alive was mentioned instead of Fabiola who had died in December. In the excuse and corrected card now the poor Queen Fabiola became King Fabiola ! A second misprint. The deceased queen would have laughed her head off, she had a lot of humor. So did the whole country !

On Sunday afternoon I went to Nicole, she had asked me to take some pictures of her new entrance door, which was not placed the right way. 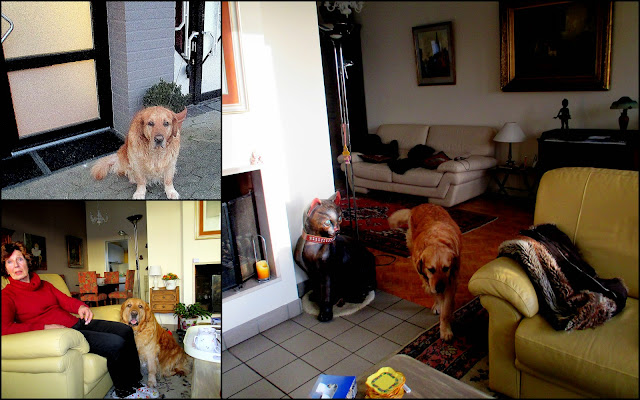 Charlie greeted me at then entrance and was happy to see me, and we spent the afternoon talking about some holiday plans.

Do you mean the door opens the wrong way?

Perhaps they should just change the names of all the royals. That way everybody will be confused!

Will it or won't it be ready!!!!! I am off to Mexico City on Wednesday for another travel experience and hopefully feel some warmth on my back.

Holiday plans? I love the sound of those words.

Charlie is my prefered dog! Wellington place must be ready on juny!!!