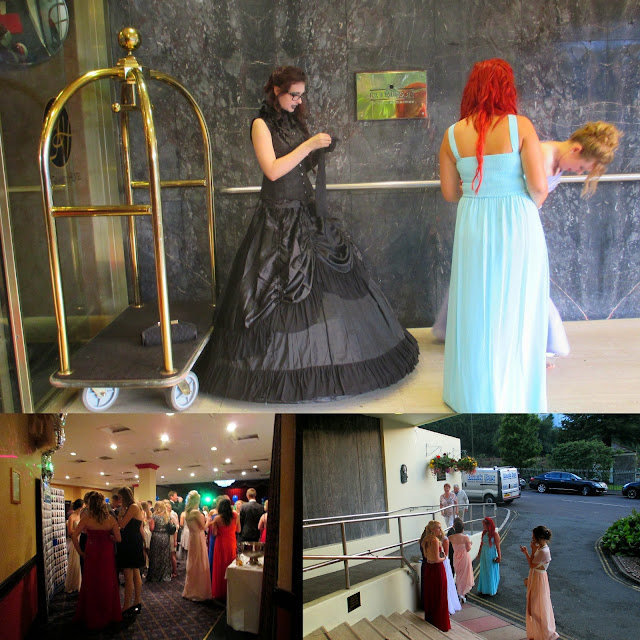 Before our supper we could again admire another group of young people, celebrating their prom, who were so elegantly dressed ! One had chosen the gothic which looked a bit strange !

The next day we went to Totness where we took a boat which took us along the scenic River Dart to
Dartmouth, The landscape was so peaceful and beautiful. Meanwhile the rain had stopped and we could sit on the upper deck. 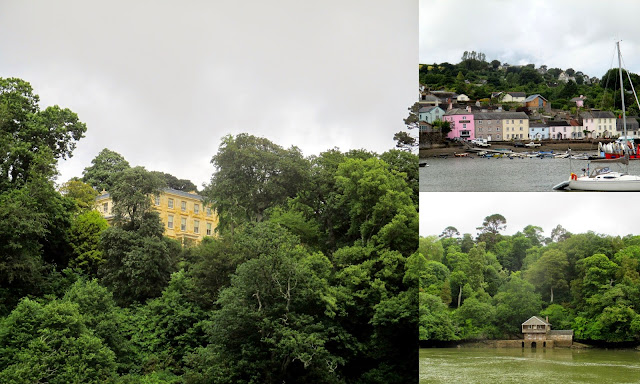 From far we saw Agatha Christie's summer a house, lots of pastel colored houses and a very old fisher house.

We arrived in Dartmouth where we had free time and walked through very pretty town. Nicole and I noticed the difference between the French coast just on the opposite side where everything looked so neglected, while here it seemed that they had painted the whole town just yesterday. The parks too were so well kept !

We had a jacket potato in a little restaurant,  for Nicole it was the first time, she had never eaten one and decided that from now on she wouldn't eat anything else. Breakfast and supper we have in our hotel. 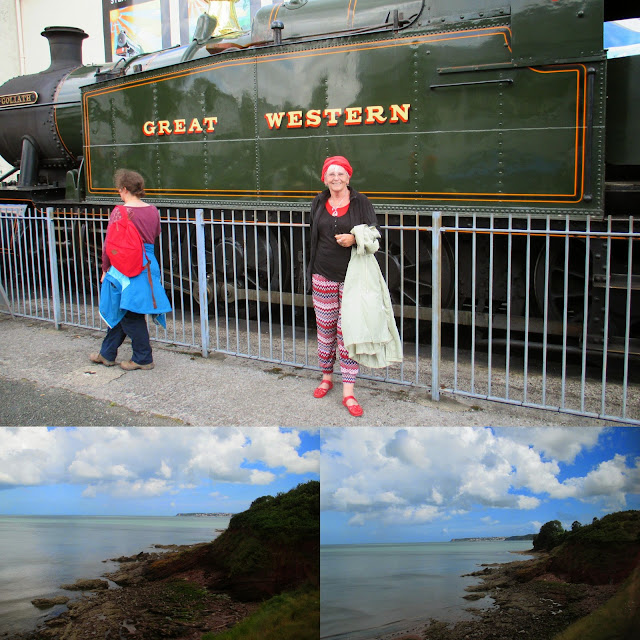 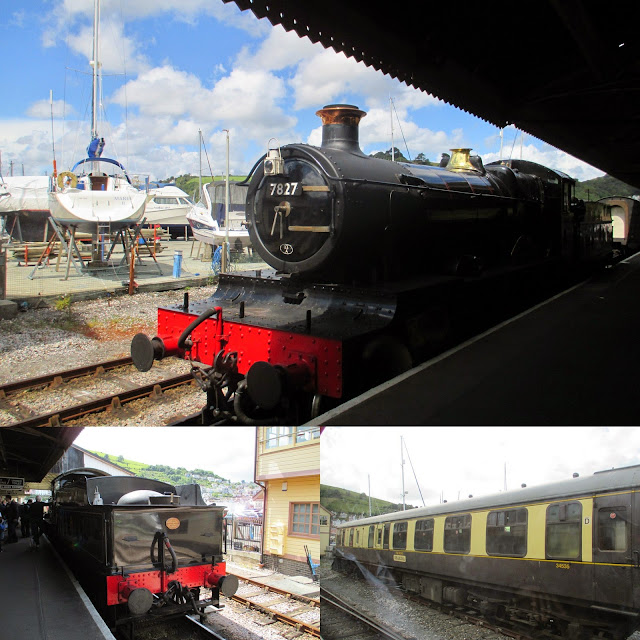 After Dartmouth we crossed the river in a ferry and took the old steam train to Paington. It really was a very romantic trip and we enjoyed it very much. The whistle of the train brought back childhood memories !

We returned to Torquay and spent the rest of the day in our hotel relaxing.

The battery of my mouse has given  up its soul and I had to use the thing in the computer. It made me mad, I had never used it but finally I managed, with a lot of @&"# !
Posted by Gattina at 09:32

You really know how to enjoy your holidays and this one is no exception. Love all your pics.
Proms. or School Formals as they are called here are now very popular. The girls have spray tans, teeth whitening, manicures and what ever else they can dream of then arrive all dressed up in stretch limo's. The boys borrow their brother's suit and just turn up as my grandson did.

I am a bit confused about these proms. Australia still has debutante balls, which are nothing like they were in older English times, but more like what you are seeing. So do they call them proms in England? Or Deb Balls? Or as L&R says, school formals?

I wondered about the black dress and lipstick: strange... The setting for Agatha Christie's house looks so lush and peaceful. Ideal setting for crime and murder stories! And the town of Dartmouth looks so spruce. One day I will be one of your group! Meanwhile enjoy it all!

Looks like a great trip, especially the train. Sorry your mouse died and you had to make friends with the track pad. It's never easy to be forced to do something new like that, but I got used to the track pad and wouldn't go back to a mouse for anything. I hope it works well for you.

Hi Gattina .. Torquay is an area I don't know at all - so one day I must stop in and visit .. sorry about the rain!

We've had a brief soak .. but yesterday it was beautiful though Wimbledon was washed out!

Hope the weather improves .. and hope the cold is going .. cheers Hilary