We had to get up early to take the Eurostar from Brussels to London and arrived already at 9 am. A taxi took us to the Oxford hotel where I had booked our rooms. Dominique and Ilona had slept in the train, anyway there was nothing special to see. 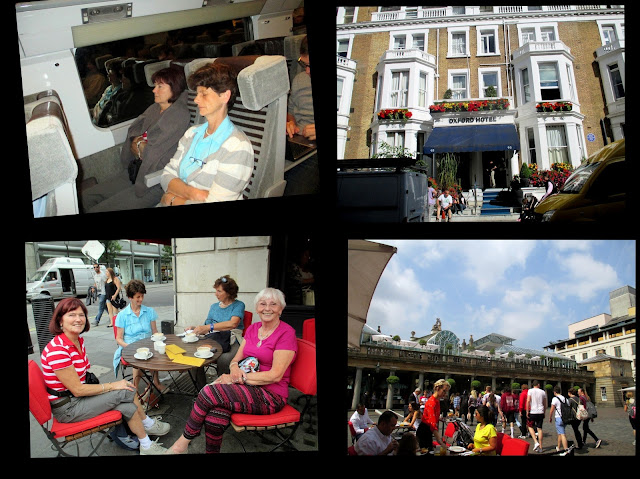 The Oxford Hotel was nice to stay for a night, the room was as big as a broom closet, but had two comfortable beds and an ensuite. Fortunately Ilona and I are slim otherwise we would have been in trouble moving around in the room.

We left our luggage at the hotel and took the tube to Covent garden. None of the girls had ever been there and were delighted. The weather was with us and we had a well earned coffee ! After having walked around we went to Trafalgar square which Nicole and Dominique had seen about 30 years ago and they did recognize it and missed the pigeons. We had a nice lunch in a nearby Pub which Marie from After 60 had shown me last year. 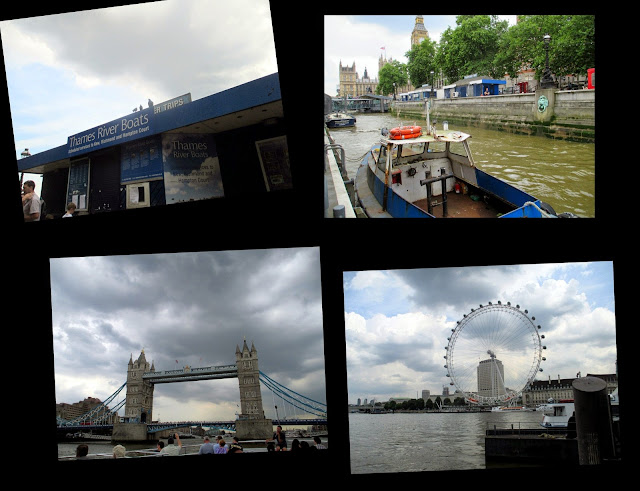 We then decided to make a river tour on the Thames. I had done this once but at least 15 years ago and remembered it as such a beautiful excursion. What a disappointment for me ! Everything had changed. It wasn't at all like in my memories ! 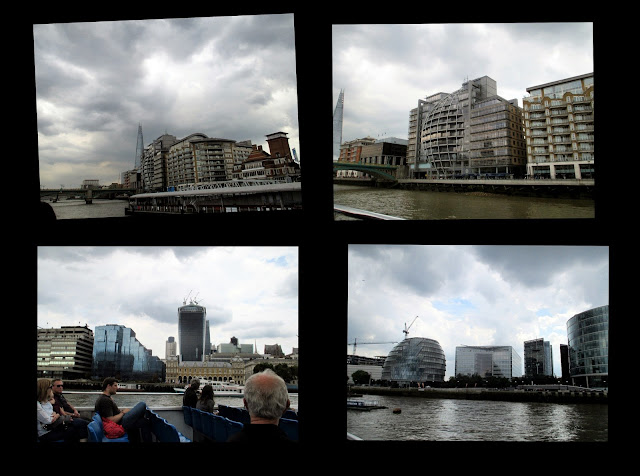 Where once old houses had been I suddenly got the impression to see "Little Dubai"  It just didn't fit ! We all were very disappointed !

The next day a taxi took us toVictoria Station, where we caught the National Express bus to Torquay. The trip of a little more then 5 hours was very nice as we could see the beautiful English landscape and little towns. 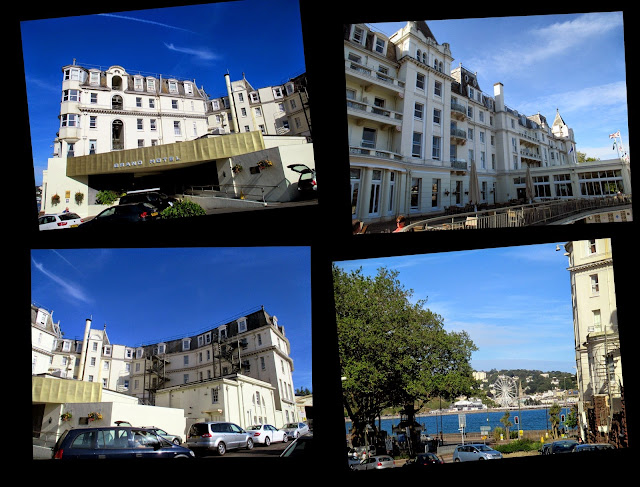 At 4 pm we finally arrived in our hotel. The Grand Hotel of  Torquay. It is very beautiful and our rooms are very spacious and light. We made a tour around the Hotel. 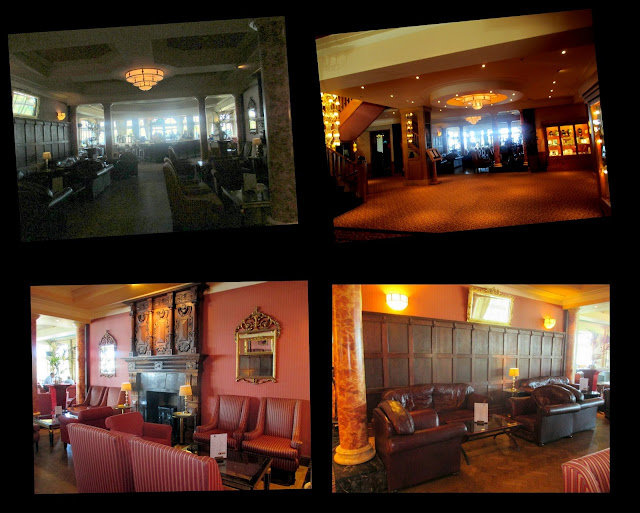 Inside too it looked very cozy. I was too tired to see more, we had a very good supper and got our first instructions for our tour today. 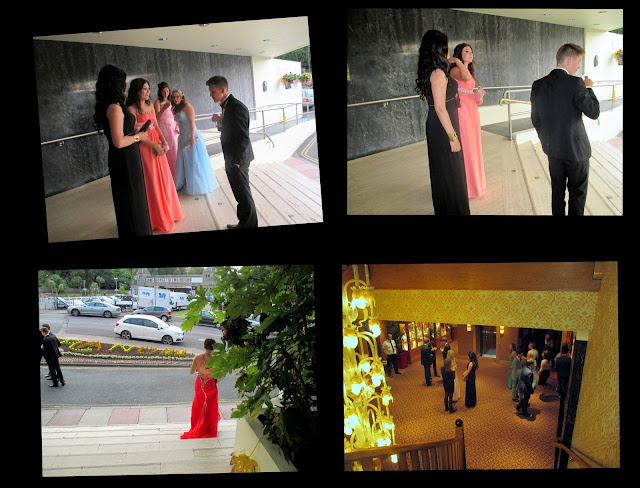 When I got out of the dining room I suddenly was in the middle of young students who celebrated their prom. I had asked one because I was surprise to see so many long dresses. I talked to some and then my friends came and also one teacher who explained the whole thing, we arent's used to that. These ceremonies are only moving into Belgium slowly.
Posted by Gattina at 09:16

Your London hotel was very close to ours. There may be a cost difference but ours was quite spacious.

Five hours on a bus is a long time. Why not a train? Maybe the bus was part of your tour.

We were at Covent Garden too.

I did the Thames tour as well and was also rather disappointed! Love the hotel in Torquay. I look forward to your tour tomorrow. (((Hugs)))Jo

Glad you arrived safely in Torquay. Sorry I missed you on your arrival. Hopefully will catch up with you before you return home. Will be in touch.

Hotel rooms in London always seem to be really tiny. Enjoy Cornwall, it is gorgeous.

Lovely holiday. I am so in awe of what a great job you do of posting while you're on a trip. I have so much trouble keeping up

Hi Gattina .. well you've done loads in a short time - there's a lot going on building wise in London now .. some good, some not so! Glad the hotel in Torquay turned up trumps and that the Prom participants were fun to see .. cheers Hilary