THE END OF THE WORLD .... RECALCULATING

The world was supposed to end yesterday ! I thought I have to dress myself very elegantly, not to arrive in heaven or hell without adequate clothes ! But I forgot and I woke up in my pajama. The house was still standing and my street too. Even Internet worked and I realized with great relief that Australia which should explode first,  and which was supposed to be floating into million pieces in the space right now, was still there ... with Internet !

My cats had shown no sign of a special event, as they usually do when a thunderstorm comes up. The neighbors' dogs didn't show any sign of excitement either. Only some people went mad !

In the small Turkish village of Sirince, which was supposed to survive the Apocalypse because of a "positive fluid" hundreds of people were looking for a place to survive,  outnumbered the population of 570 inhabitants. But apart from the bustle of media and some 500 policemen deployed as a precaution, the town was calm and the old Greek houses tastefully renovated remained untouched !


Also a village in France, Bugarach, was supposed to escape the final destruction. The authorities expelled Thursday a handful of people trying to get to the peak.  Access to the peak and its caves were barred and the access to the village was filtered, hunting and fly over the mountain was forebidden,  hundreds of policemen were mobilized ! And nothing happened !

So our good old mother earth is still turning around the sun although in some places like mine, the sun doesn't show it's nose since a couple of weeks and is not floating in million pieces in the space !

Are remaining some hystericals hidden in their bunkers with tons of food for the next 10 years, while I go only shopping today ! I didn't want to waste money if the world would disappear on Friday ! 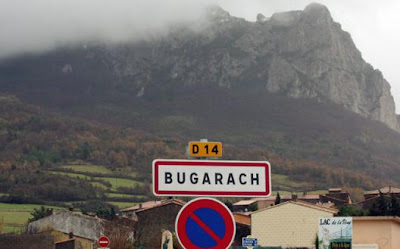 The place to be for the next time ! 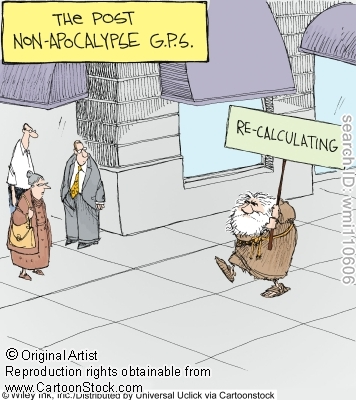 I thought I would sit this one out. And you are right: shopping only afterwards, after all, we don't want to waste good money!

Tee hee. Yes, I'm glad it didn't all end right after I'd braved the supermarket crowds and done a big shop.

Great post, also thanks for the Christmas Card. Calling by to thankyou for your support of my blogging over the last year. Meanwhile I wish you a wonderful Christmas season and hope you will have time to call by and listen to the music on News From Italy over the holidays.

How could the world be destroyed apart from two small villages? Dear, oh dear!

Have a lovely Christmas:-)

lol oh those poor people. We always worry here about the fault line and tsunami we could have from an earth quake.
It's an every day thing but you would go insane if you let it control you.
You have to lay things in God's hands and hope he knows what he is doing.

Australia first?!!! No, I thought we were all going to go together in one big fiery ball. We didn't even hear about safe places in Turkey and France Oh well Christmas and 2013 starts here almost first. Just a little after New Zealand I think.