As usual once a month I drive my friend Vivi to the hospital to get her shot in one eye. We left very early because of the traffic. The hospital is located in Brussels in a very posh area and it also had been a very posh hospital and it was a must for the upper class and royals to get their babies here.

In the past years it has become more democratic, but not the parking prices on the street !! There is no parking at all for the people who have to go into this hospital, you have to park your car on the street and for one hour you pay 2 € (2.60 $). If you consider that even in the emergency service you have to wait up to at least 2 h then it can be very expensive and the problem is to find a space not miles away and there is no exception for handicapped people !

We were very lucky we found a space exactly before the exit of the mortuary, there was one mortuary car parked there too and I wonder if it had a parking ticket. I thought it was a real comforting parking space unfortunaely without reduction on the price. Because we were so early we sat in the car and poor Vivi smoked a cigarette, she was very nervous but we didn't see any coffin coming out.

She had opened the window on her side for the smoke and not for the mortuary while I walked down the street to buy a ticket for 2 h and as it was very windy almost stormy I quickly got back into the car closed the door and fixed the ticket under the wire of the GPS so that it wouldn't be blown away when I opened the door again to get out of the car.

I just explained to Vivi that this had happened to a friend when our ticket suddenly whirled over her nose and out of the window, high up in the street and very far away before I couldn't see it anymore. 4 € gone with the wind ! and she had just told me to pay attention because of the wind. We looked at each other and bursted out in laughter ! Then I got out again to buy another one when suddenly I saw from very far away a little white spot laying just in the middle of a crossroad. I ran down the street and yes ! it was my ticket ! As cars rolled over it from all sides, I was afraid it would fly away again. I jumped into the middle of the crossing, picked up the ticket while a lady could just stop her car at my bottom. She was furious, I was happy and waved with my ticket. Then I returned back to the car. This time we payed attention that all windows were closed and we didn't open both doors at the same time ! The ticket fluttered a little when I opened the door but stayed under the GPS wire.

My friend who had the same adventure had her ticket flown under her seat when she got out of the car and as there are always policemen hiding like spanners in the bushes or I don't know where she got a fine for 50 € (67 $), because he couldn't see that she had payed. Quiet an expensive visit to the hospital. 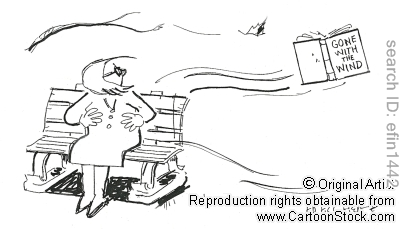 Well that was some excitement lol
I hate when that happens. Today I renewed my drivers license and the place was also packed. but we didn't have to wait more than half an hour thank god!
As we drove I saw half the sky in full sunlight and half covered in black clouds. Its as if the heavens could not decide one way or the other. lol
but it was fun to drive with my husband.We had a good day together today:)

Nice you could find again your ticket! You were lucky! It is now the last brunch with Tor and Anna!

What a windy adventure... Comical in one way but also very annoying I think. D*mn those parking fees!!! I really hate them and would never take on such a work - I'd rather become a cleaning lady than a parking guard!!!!

I saw a woman at my bus stop getting fined £80 for tossing a cigarettte end into the road. She was obviously a single mother and to her that was a week's income.

I had noticed the three uniformed inspectors, complete with CCTV lapels, knew their game and smoked my ciggie VERY carefully. Still it was a shock to see this woman busted so cruelly. I blame New Labour for bringing this sort of bullshit in.

A friend of mine got fined £80 by an "eye in the sky" camera for "parking" on a double yellow line ~ which wasn't even visible in the photo they sent out. I told him "you are allowed to park for 5 minutes before they can charge you" but he bottled out and coughed up. That's another New Labour ridiculousness.

I feel so sorry for that woman. I think she should have thrown herself under the next bus. What else has she to live for except more hounding and persecution by uniformed nobodies until she dies of a heart attack from the pressure of it all. All thanks to New Labour and their spy cameras.

And people wonder why I spend my time learning exotic languages (the latest one being Spanish) and dreaming of getting THE HELL OUT OF THIS SHITHOLE OF A COUNTRY. I notice you only visit for a week or two each year. Trust me Gattina: any more time and a reasonable lady like you would end up bipolar in the loony bin just like me!

Oh, Gattina, trust you to run out into the traffic. I believe it!
I think I'd rather buy another ticket than take a chance on getting killed. The older I get, the more I don't want to die, especially in an accident.

Oh Gattina, I lol at you dashing into the traffic to pick up your parking ticket. Do you know there is a chapter in the Bible which is about traffic policemen? It's Psalm 10:8-10. Check it out http://www.biblegateway.com/passage/?search=Psalm+10&version=NIV
Take care and be safe. Hugs, Jo

Get one of those sucky things with a nice big clamp. It sucks on the windscreen and then it clamps your ticket. That way, not even a gale could remove your ticket. Perhaps the whole car, but then at least you wouldn't need to pay for parking anyway...