Helps you to remember what you have done on the weekend of July 16. You never know if you need an alibi ! If you participate please put the little logo on the top of your post and leave your link.

There was one shower free day this weekend so I hurried up to mow the lawn before it got wet again. Dominique did the same in her garden and during a break we decided to give us a treat in form of going out in the evening to see the new film with Julia Roberts and Tom Hanks : 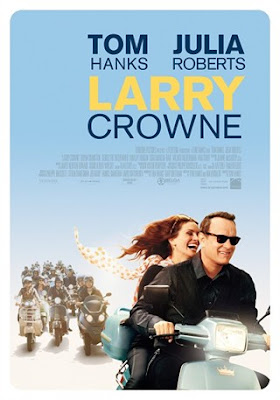 It was an absolutely great movie and we both enjoyed it so much. We had a lot of fun and laughed all the time. It's not a stupid comedy at all, in my opinion it's even very educative and there is so much truth in it too !

The weather was sitting in a roller coaster we had temperatures from 25° (77 F) dropping down to 13 °C (55 F) all in one day during a few hours. We didn't want to put the heating on so I made a nice fire in our chimney, which warmed our old bones nicely and on top it's so cosy. Besides the fact that it should be summer in July. 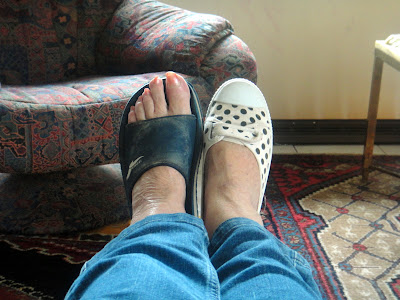 While I was watching TV in the evening I noticed that I had put on two different slippers. Probably according to the weather changes, one for very hot weather and one for cold summer days. Mr. G. wasn't even surprised he is used to worse.

The afternoon I spent with my friend Ilona who, had a tooth pulled out and needed some distraction after the extraction.

Sunday morning I quickly went to our market in Waterloo, just between two showers I had to buy a table cloth for my friend in England and also two Thai chicken and noodles plates for supper.

In the evening we had Midsomer murders' time and as Dominique is a Barnaby "fan" too, she came over and we watched the film together. This time our accountant Mr. G. told us that the average of 3 murders was kept. There was a lot of suspense, no blood streaming from the TV screen and no gun shooting either. Inspector Barnaby solves the crimes with his brain. 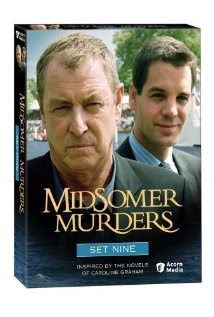 Even when he has to go into a house with an open door, he never dances and fiddles around with a gun at each corner of a room, as it is always the case in the American crime series.

We were all satisfied with the outcome of the film and went to bed.

Not for long, at around 3 am I woke up because of a big boom in the house, it was Mr. G. who once again has fallen out of his bed ! I found him sitting on the floor with the bedlinnen around his neck looking very surprised. He had dreamed that he had jumped with a bike over a hedge, to show a friend (he hadn't seen for at least 45 years) that his bike was better than the one of his friend ! I think I have to start learning dream interpretation ! Fortunately he didn't break anything, climbed into his bed once I had made it again and slept like a baby.

I grumbled silently wondering when he started with talking and gesticulating during his sleep, he had never done this before. I really wonder what makes it happen that one who seldom moved in his sleep, suddenly behaves like a windmill and talks like a politician while he is sleeping ? Before he only snored like a chainsaw.

You sure do have an action packed weekend. I want to see that movie too.

Poor Mr. G. A few times I have fallen out of bed because the dackels push me!

LOL and crying like a baby at the Mr G sleep story. Hubby and I roared with laughter. I t reminds us of Hubby's similar sleep drama. He was jumping out of a boat trying to save his life before it went over the falls.
I wonder what happens to the muscle and limb shutdown during sleep(REM)time. There must be a break in it. I maybe an override. We will have to keep an eye on them, so they do not go out and live out their dreams. There go our sleep time. Lock all the door and sleep with the keys,lol.
I really want to see that movie, maybe I go today. Hubby has off work.

What a busy weekend! We spent our weekend in the garden as well. What a funny story about Mr G! Thank goodness he didn't injure himself. :)

lol Poor Mr G.
I guess he has action dreams lol
My son was laughing in his sleep last night and I found that extremely funny.
lol

I will try out that movie with Tom Hanks. Your post had me laughing and feeling good. Thanks.

Tom Hanks was in Singapore to promote this movie. I missed meeting him in person at the Premiere and have been kicking myself ever since.

I was chuckling as I read your post. Wish all married couples were as loving as you and Mr G and live a wonderful life together.

Poor Mr G. Hope he doesn't fall off the bed too often.

You had a great WE! Hi hi! Make me laugh looking at the two different shoes! It was really windy today and automn temperature! Tomorrow direction Nice Airport! i'm sad Anaîs fly away but she will come back in december and stay with us for christmas!

that is bizarre --
My husband has always talked in his sleep. Drives me crazy as it wakes me. He snores, and he has restless leg. So, I often just take my blanket and pillow and go elsewhere