THE MUFFED TARGET - A new meme

This is the very first "The muffed target" post. There are no special rules. Just post pictures which are not at all like you had wanted and describe how it happened. Then leave a link here on my blog for other participants.

When two weeks ago the reconstitution of the Waterloo Battle took place, I hurried to the battle field to shoot pictures of the big event.

I thought I start my reportage with a view on the Lion, standing proudly on his hill with his face towards the UK and his bottom to France, because Napoleon lost the battle. The poor thing had never been behind barriers, it was the first time in 35 years I saw him locked in. 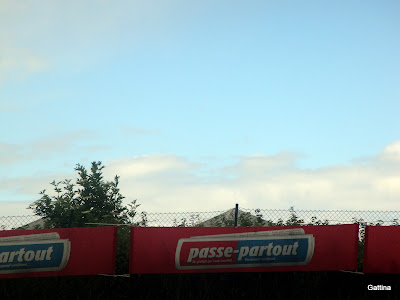 and here is my lion ! I had taken a picture of a tent, couldn't see anything on the screen of my camera. As BBC, CNN, and other reporters weren't there yet, I took the opportunity to take pictures of the battle field and the tribunes they had built all around for the spectators of the battle 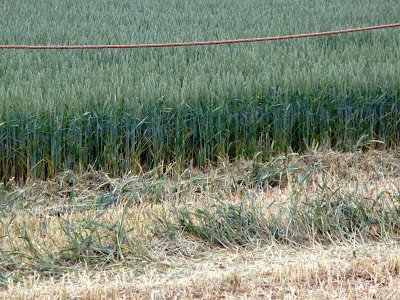 here is the battle field and the tribunes. 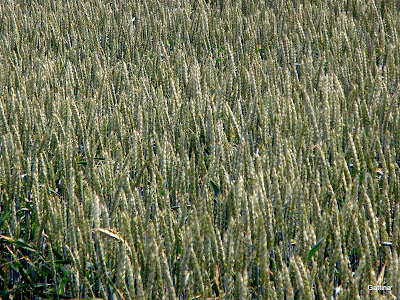 at least I took a picture of the harvest before the battle. Don't ask me how it looks now !

how did you miss the lion. It's like it just wasn't there ... weird. ha ha

LOL. these are just too funny. It's amazing how some of our pictures come out. I think I got a doozy today for next week. :)

I just read about 'email' in one of your comments, and if you tried to send me a little note, you probably got it returned to you. I no longer have that old email address.

If you'd like the new addy for my email....leave me a comment and I'll then send you the 'new' one.

Hope your Monday has been treating you well so far.

PS....I just sent you an email with my new address. If you don't see it in your inbox soon....then, check the spam folder. :o)

Poor lion behind the tent!!! I imagine the show and the fields after the battle!!! You know I am on holiday now!!!

Ha ha ha... oh, how often has not this happened.... but I erased all of them! I'll try to keep this in mind even though I'm not experiencing that too often nowadays.

Hi Gattina
Sorry about that stupid post. My computer was set to German QWERTZ keyboard and I couldn't get it off...

... may I ask, do you use an English-style keyboard, or a French one where A is where Q ought to be?... Or a German one?... Are Italian ones any different? I bought myself a 1943 edition Teach Yourself Italian so maybe in 10 years I'll be able to converse with you in Italian as well!

Whenever I see those fields, knowing the Battle of Waterloo was fought there... I can only see them full of dead bodies and blood.... Sorry to be so negative.

On the + side, I hope you're enjoying the lovely weather.

I'm sitting right next to my heater, which is on full-blast. (On fan-only setting, of course!!!)

Oh, I so want to play, but with three grandkids here, I'll just have to wait. Great idea !

I have found my calling in life... I'm going to be a pop star, and I've written a hit record.

You can read the lyrics on my gledwood vol 2 blog...

... please drop by and leave some intellectual comments on my highly original songwriting ;-)