During my holidays in Egypt, I had met a 76 year old German lady who comes here in this hotel since 2000 and always stays for 2 months, except in summer and at Christmas.

She is alone, and spending three times two months in this Hotel costs her less then living in Germany, she has no heating costs and doesn't have to cook or do her shopping, and the most important thing is, she always finds somebody to talk to, and meets new people from all over the world. The only problem with her was, she knew everything about everything and of course was always right.

One day I was the victim. Each day after the beach and my shower I was sitting on the Hotel's terrace and was "working" on my computer, when she sat down besides me to chat.

I told her, that I had difficulties with Internet connection.

Yes, she said, we had that already last year when the water pipes broke, it's due to the broken pipes.

Water pipes ??? I said, water works perfectly, I mean internet connection for my computer, that has nothing to do with water pipes it goes through satellite. (I thought it would be a simple explanation)

Yes, yes, she said, I know that, don't take me for an old stupid woman ! They already had water pipes on the satellite in the 60th !

I gave up and smiled at her and sincerely hoped that Internet would go through water pipes, at least they was no problem.

So please next time you have difficulties with your Internet connection call the plumber, he will fix it for you. 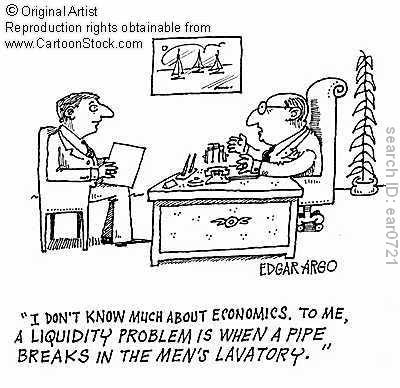 very funny :) well maybe i should call the plumber too because of my blog layout's difficulty. now i switched back to old blogger, at least for the meantime.

i checked that link you gave me - thanks. but i don"t know how to change my whole layout... i normally just upload the whole html code.

Ha ha ha!! Oh, I just love to meet that kind of personalities! Even though they are very annoying in some ways, they also are so darn entertaining :-))))

Don't you just love these people. They are usually men.

ROFLMAO!!!! That is just too funny. I just hope the plumber has his pants pulled up so his butt crack isn't showing when he comes to repair my internet connection :) Some people I tell ya :)

We met a woman like that on a cruise. Believe it or not it was cheaper for her to live on the cruise ship than and elderly home here in the states! And she knew all the gossip of the crew and staff. LOL

Hi Gattina, I am enjoying catching up on your blog and so glad I popped in today. This was hilarious. I love your sense of humor and yes, the next time my computer breaks I am sure it will be due to the water pipes. I have the plumber on standby! ;)

Ha! Ha! thanks for the laugh! Next time I'll have a problem or someone else with internet , I'll suggere the plumber!!!

Heheheh....this cracked me up and now I know what to do and where to go when I'm in my 70s hehehehe...