Today is Valentine's day and time for a love story !

Years ago in 1975 my friend and neighbor Vivi was very much in love with Jack another neighbor two houses farer from ours. Both were married of course and had children. I only realized it because each morning when I opened the window of our bedroom I saw him in his car, driving slowly and blowing a kiss to her standing behind the window in her living room. This went on for at least 4 years where kisses where blown through the air every morning.

Then one day it stopped. The wife had threatened to divorce and moneywise that wasn't possible because it was very very difficult to divorce at that time. Both decided not to see each other anymore, which was not very simple because they lived so close together, just 2 houses on the other side of the street.

In 2007 her husband died and she recovered from a very unhappy marriage. And then one day she got a phone call from her beloved Jack, his wife had died too 2 months later than her husband. She hadn't known. The funniest thing was that both partners were burried in the same cimetary only 3 graves between them.

She was 68 and he 87 when finally they could show their love for each other, which had never stopped. They started to go out together, to travel together and to go shopping together. Both of them remained in their houses, but each afternoon and evening they are together.

They spent a week in a castle in the Ardennes at Christmas and on New Year's Eve he invited her to the best hotel in Waterloo, where they had a phantastic meal with a show and a champagne breakfast next morning.

Now she is 70 and he 89. She has changed, I have never seen her so happy in these 33 years we know each other. 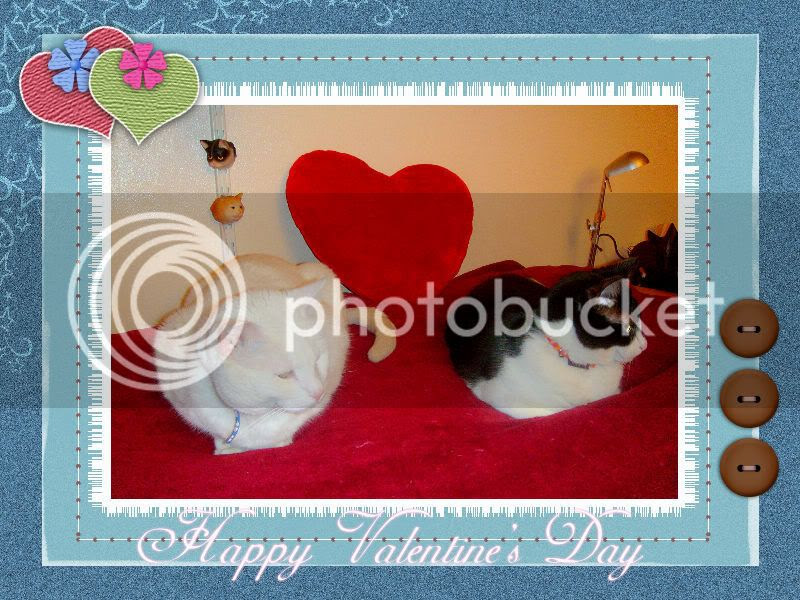 Aww, what a lovely story, Gattina. Just goes to show, Cupid can strike at any age.

There could be hope for me yet. Thank you for the story.

I shall miss my Amish lady friend, Veronica, today. I had hope our brief romance would have developed into the real thing. Alas!

That is a really lovely story for Valentine's Day or any day.

HAPPY VALENTINE@S DAY to you all!

I’m off to Berlin. Wish me luck! I’ll be posting daily, but not sure if I will be able to comment much.
Bye!

LOVEly story - a true story about true love. I love hearing things like that!

...at the same time it make me sad, that they couldn't have had the other earlier years together too.

Love those happy endings though!

What a BEAUTIFUL Valentine's story Gattina!!
Happy Valentine to you and Mr Gattino too!

Awwww... such a beautiful and romantic story! Happy Valentine's Day to Mr Gattino and you - and to your neighbors ;-)

:Love can do both wonderful and terrible things to people.

You have the mOSt amazing stories!

I guess that proves one is never too old for love.