THE MAN WHO TRANSPLANTED HEARTS 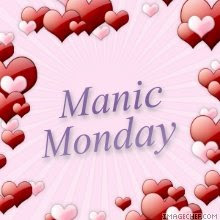 As it is Valentine's time our world is full of red and hearts wherever you look. The shop windows are decorated and the bakeries expose hearts the Belgian Pralines producer turn full speed.

But I remember a very important date and a big step for the humanity, the first heart transplantation !

Dr. Christiaan Barnard a South African cardiac surgeon, performed the world's first human heart transplant operation on 3 December 1967. The patient, Louis Washkansky, was a 55 year old grocer, suffering from diabetes and incurable heart disease and the donor heart came from a young woman, Denise Darvall, who had been killed in a December 2, 1967, road accident After securing permission from Darvall's father to use her heart, Barnard performed the transplant.Washkansky survived the operation and lived for eighteen days.

After that Barnard became an international superstar overnight and was celebrated around the world for his daring accomplishment. Barnard continued to perform heart transplants. A transplant operation was conducted on 2 January 1968, and the patient, Philip Blaiberg, survived for 19 months. Mrs Dorothy Fisher was given a new heart in 1969 and became Barnard's longest surviving patient. She lived for 24 years after the transplant.

Honnestly in 1967? I and my friends of course weren't impressed because of this first heart transplantation when you are 20 you don't think necessarily about your death or that a transplantation could safe your life, what was interesting to us was the man ! He was handsome and behaved like a film star ! Due to his widely publicized love affairs, he became known as "doctor of hearts" ! in a double sense.

We collected pictures of him and followed every step in his life. I remember his first divorce, but then I had other interests, I only know that he married and divorced 3 times. Barnard died in 2001. First it was said that he had died of a heart attack, although an autopsy showed an acute asthma attack.

I think he really earned the title "Doctor of Hearts" ! 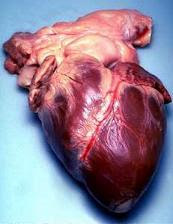 Our heart and our Valentine's heart. Which one do you prefer ??

This is a great post, Gattina. Very well done. I'd forgotten all this as I was only 11 years old in '67, with horses on my brain and under my saddle.

Oh, I remember... His work has meant so much to so many... Great post!

I remember Larry. I remember thinking how brave he was to even try it and how strange it must feel to literally lose your heart.

Stupid me, I always thought Dr. Doug Ross (George Clooney in Emergency Room) is the doctor of hearts *LOL*

Send some nose-licks to your cats

Well, Gattina, the heart on the left would keep me ALIVE if I needed it! Ha!

He certainly was a gifted man! I think Doctor of Hearts fits him perfectly!

I too remember him. I didn't know about his love affairs though. That was new information. I'll take the Valentine's ♥. Have a great MM. :)

I prefer our heart, that good looking one couldn't keep me alive.

Informative! And what a leap in the medicine world he initiated!

I remember when that first heart transplant happened. It was such an amazing thing to think about then. Hard to realize it was so long ago. I guess I'm old to be able to remember when it was in the news. Oh well.