Saudis clamp down on valentines
Prices for black market roses are reported to be rising. Religious police in Saudi Arabia are banning the sale of Valentine's Day gifts including red roses, a local newspaper has reported. Poor Allah, now in his name even offering red roses to a loved one is not allowed ! I wonder what these so religious people will invent next ? 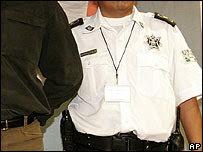 Mexico cops offered cash to slim
Heavyweight police officers in one Mexican city will soon be offered cash bonuses of 9 $ for each kilo, if they slim down A diet of fizzy drinks, tacos and sweets is weighing down crime fighters and leaving criminals on the run. Of course running behind criminals is difficult when a big belly is in the way ! 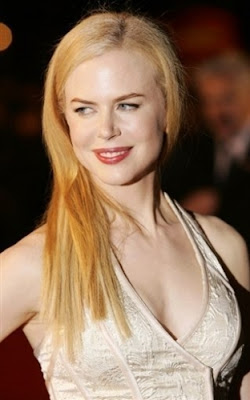 A bikini from Nicole Kidman had been sold in auction in Sweden for $ 2.500. This money will be used to buy 9 cows for Indian farmers in need. Holy Cow !! 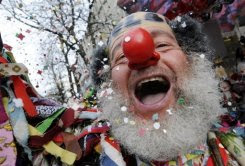 In a little town in Germany a young man and his friend had the good idea to disguise themselves as a bank robber with a black stocking as a mask and a fake pistol and as a hostage in a bathrobe. When they got out of their car to join other people for a carneval party, suddenly to they big surprise 5 police cars arrived, policemen jumped out to arrest the "bankrobber" and free his hostage. A woman had alerted the police. I wish I could have seen the faces of these eager policemen ! 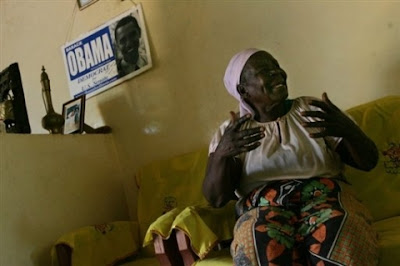 The Kenyian family of Barak Obama living in Nyang'oma, a little village in Kenya complains bitterly about the invasion of journalists from the whole world. 85 year old Grandma Sarah Obama doesn't know what to do to get rid of the journalists disturbing the daily life of the village.
Poor Grandma, that happens when little grandson becomes famous !

The Palace of Justice in Bruges (Belgium) ran out of toilet paper and all employes were forced to bring their own paper roll. The reason was the invoice for the toilet paper hadn't been payed since 6 months ! No comment !
Posted by Gattina at 07:48

No TP in the Palace of Justice?? that happens when a man is in charge of the finances.
Granny Obama is a world celebrity now, I have seen her picture all over!
Happy Tuesday, Gattina, looking forward to see Carla and Sarko sharing a roof soon :)

I wonder if Obama wins if he will invite Grandma to the White HOuse? LOL

....and Grandma is sitting under a campaign poster of her grandson and complaining? Huh? LOL

sorry I'm so late in visiting today...we've been have big storm fronts moving in with a lot of lightning with it.