The Duchess of York: Bravely going without make-up as she met Prince Andrew

Fergie braves dinner date with ex-husband Prince Andrew - without her make-up
If there were ever a time to pay extra attention to your appearance, you'd think dinner with your ex-husband would be it. Certainly not ! If it is my ex why should I make an effort I don't want to take him back !

Zeffirelli offers Pope a makeover
Franco Zeffirelli, the Italian film, stage and opera director, has said Pope Benedict XVI needs a makeover of his "cold" image and "showy" clothes. That will be a big job ! In fact it's less work to just take another pope. 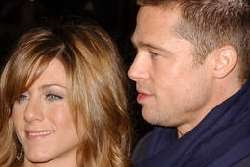 Jennifer Aniston's Christmas with the Pitts

Jennifer Aniston has reportedly been invited to spend Christmas with her ex-husband's family.
Brad Pitt's mother Jane has retained a close relationship with her former daughter-in-law and wants Jennifer to come to the Pitt household in Springfield, Missouri, for the festive season. Ah ! that's the dilemma with ex DILs, suddenly you have to consider them as the awfullest persons in the whole world !

Obsessive'David Beckham reveals: 'I even have to hoover in straight lines'

David Beckham revealed the extent of his obsessive compulsive disorder (OCD) on the last episode of Parkinson. He said: "In our house in Spain we used to have this big rug that when you hoovered it, you could do it in lines like Wembley. I don't care if he hoovers in lines or circles the most important thing is that he hoovers ! Posh is a lucky wife ! 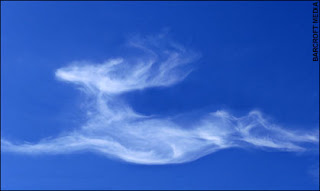 So reindeer really can fly through the clouds

Could that be Rudolph soaring through the southern skies?
Alan Blacklock, a photographer with the New Zealand Institute of Water and Atmospheric Research, was certainly surprised when he looked into the afternoon sky from his home in the capital city, Wellington. Oh ! that is really a miracle ! From now on I will walk with my head up and looking for cats in the sky ! 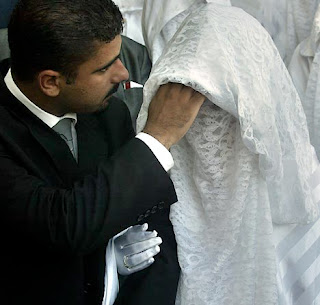 To disguise the fact that she has had sex, she has paid for painful surgery to "restore" her virginity. The horror and outrage that would ensue if it was discovered she had already slept with a man would be so damning that her own strictly religious relatives might kill her rather than face public shame. Crazy ! The lucky husband !! not only he thinks he is the first one but is also happy to discover a natural talented sex bomb ! If he would know that she can compare .... (hehe) 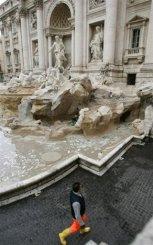 The famous Trevi fountain where people toss coins over their shoulders into the fountain and make a wish, doesn't only content coins but also messages and even two dentures which had been found lately. I wonder what these people were thinking when they made a wish ? That their teeth grow back ?? You are an original, Gattina! I love your comments on news items...as for Fergie going without make-up. Isn't it funny what makes news these days...lol!

Personally, I've always thought Fergie was pretty enough with no make-up! Why bother???

I wonder how BRAD feels about that invitation! LOL! (maybe the family is hoping for a "reunion")

You missed one thing. Prince Edward and his wife, Sophie had a baby boy yesterday. Oh the Royals are rejoicing. Another Male to inherit some title or another!

Sarkozy and Carla Bruni! that was THE theme yesterday over here. Boy, it's a stressful life to keep up with the celebrities! Thanks for the news, Gattina!
Having trouble with my internet connection but it seems to be a local problem and not my router, we'll see!

These were wonderful. I haven't done one of my Headlines post for a long time.

I love your commentary! You think that virgin bride's husband might find out when he reads about it on the INTERNET?!?!? Not so secret anymore, huh?

Have a great day!

I didn't recognize Fergie. I prefered her when she was tubby.