If you want to decorate your blog for Halloween, I have free Headers for you here. I amused myself !

Even in Halloween saison we shouldn't forget the News. It is very important for you to know what is going on in the world. That's why I report the latest News and for horror stories I sent you to the Capitain of the Cyber cruise Mrs. Lifecruiser. 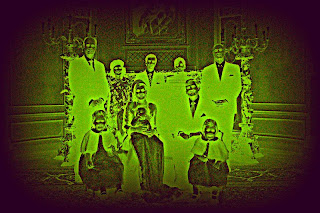 Princess Ariane christened on Saturday
Princess Ariane, the third daughter of crown prince Willem-Alexander and princess Máxima of the Netherlands was christened at the Klooster church in The Hague on Saturday. This will not please the Devil ! Now they are "blessed" with a third girl ! and he so much wanted a boy ! Poor WillEm (not to confond with WilliAm! On the official christening picture they reminded me the Adams family (which usually is not the case) that's why I allowed myself to correct it a bit. 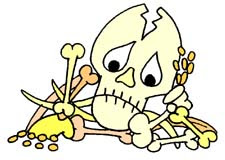 Before smoking After smoking

Crown Princess Mette-Marit chided for smoking
Norway's crown princess was caught smoking at a wedding recently, and that's disappointed officials at the country's cancer society. I Can't understand that ! They always complain that the royal family costs too much, and now they want absolutely keep one member in good health to last longer, instead of letting her smoke and send her to the graveyard ! That would be one person less to pay for ! Strange ... 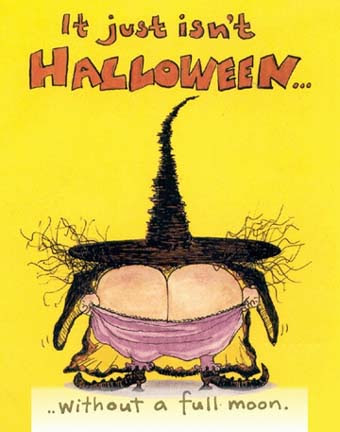 Row over Italian toilet artwork
A toilet which flushes to the sound of Italy's national anthem has been impounded by police in northern Italy, sparking great patriotic debate. Prosecutors say the national anthem should not be ridiculed. Why ridiculed ? This is the only place where you can listen to music attentively and not being disturbed ! Take your Ipod along and sit down ! A lot of Italians don't even know this music ! It could be a good mean to learn it. 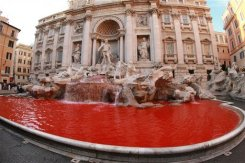 Minister sees red at Trevi prank
Italy's Culture Minister Francesco Rutelli wants a new anti-vandalism law after a man threw a bucket of red dye into the Trevi fountain in Rome. I can only shake my head ! This minister has never heard about Halloween ! It was only to color the Trevi fountain in an appropriate color ! I think it was a very good idea ! I only miss some skulls, ghosts and witches. 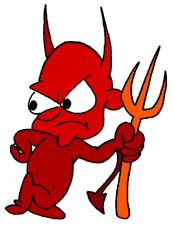 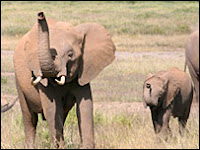 Elephants sense 'danger' clothes
Elephants can tell whether a human is a friend or foe by their scent and colour of clothing, according to Fife experts. It's a pity that humans are not able to do this ! Can you imagine how many deceptions you could avoid to yourself ?? 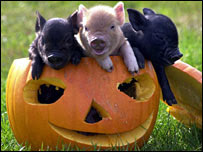 Mini pigs are big success on farm
A Devon fun farm is reaping the rewards of a nine-year breeding programme for miniature pigs.
The pigs, which are about a fifth of the size of ordinary pigs, have been a hit with visitors at Pennywell Farm. How cute ! I see myself already with a little pig on a leash walking down the Boulevard and everybody would look at me ! (or the pig) 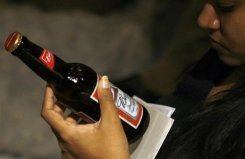 A beer bottle in a Kenyan's stomac
A 26 cm long beer bottle containing half a liter of beer had been taken out of the stomach of a Kenyan by surgeons near Nairobi. He already must have filled himself with beer before that he also swallowed the bottle ! Or maybe he didn't want to spoil the environment ?

It seems Maxima will have another pregnancy soon, searching for a son! Loved your version of the family picture :)
and the little pigs too!
Happy Tuesday!

Cute cartoons!! Swallowing a beer bottle!! How crazy and how impossible to me anyway!!
Thanks for stopping by!! I love these awards but I think they are getting way too many now. I am not sending them on any longer!! I am just going to get back to regular blogging...I am thrilled that people think my site is worthy though!!
Hope you have a great day. Sandy

LOVE the full moon for us this month!!! [when I really DO see the moon, I'm gonna be reminded of our sweet gregarious and witty Gattina.

Hi Gattina, well ive caught up with all the news on the royals, how crazzzzy swallowing a full bottle of beer anywonder he need surgery, had a laugh at the cartoons.

Ha ha ha! Wow! I LOVE it! This must be your BEST compiled news EVER! It will be hard to beat now!

I'm having problem mentioning any special, because all of them were AWESOME. If I try really hard, my favorites must be the red water in Trevi, the italian toilet art, the pigs and the cartoons.

As always the news is fun and made me laugh. I love the fountain story and the toilet one too!
Cute piggies!
And LOVE the cartoons!!!

Maybe Mr. Rutelli would be happier if the fountain had been dyed ORANGE - and decorated with pumpkins!

I do wonder how that beer bottle got INto the stomach... ouch!

Awesome opinions on the news! That is so true about the toilet. The only place to get privacy. lol

The cartoon at the end really made me laugh. :-)

Love all the stories! The pigs and elephants are super cute.
The full moon is great!

I love your news! Very entertaining :)

Good day, Gattina. This is a funny post and I enjoyed the chuckle it provided. I 'stole' the picture of the pigs in the pumpkin as I love pigs so much and these ones are just 'too cute'. I hope you don't mind, and please tell me if you do. If it's okay with you I will post it to my blog and credit it to you with a link.

Also, I am giving you a gift... a 'Sweet Treat' that will nicely match your wonderful Halloween theme here. Come get it!

those pigs are so cute, i want to have one of them too :)

Great compilation Gattina! I love the toilet story and the cartoons the best :-)