THE WORST FFF OF MY LIFE

After Rick's passing away on Sunday, this week went by so quickly that I hardly remember the days, my son took everything in hand and went so quick that I felt over rolled. Between the transfer of the corpse to the funeral institute, choosing the coffin and discussing the ceremony just two days went by. On Tuesday my son emptied the room in the residence.

On Wednesday the coffin was open and exposed to visitors. In his hands he was holding a photo of his darling cat Arthur, over the coffin was a big Ferrari cloth, Toby's drawings and a book which Dario had added so that he had something to read during his trip into another world.

The next day on Tuesday the funeral ceremony took place. While a narrator read what we wanted to say about Rick's personality and Dario (son) had prepared a very touching and loving text about his father which he read too.

While watching the slideshow on a big screen aside the coffin, I thought about the wonderful life and marriage we had together, which not many couples can say after so many years. We lived together for nearly 54 years. We still could laugh together and also had very loud fights which the neighbors could confirm now after the ceremony during the reception ! Everybody in the neighborhood knew the name of our son, because Rick had such a loud voice that he wouldn't have needed a microphone. Our marriage was never boring we had a lot of adventures and fun together. No one could ever come between us. A good friend of us once said that he had never met a couple which was so depending on each other despite the freedom we both took for ourselves. 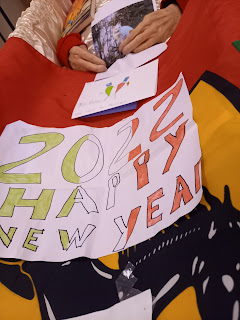 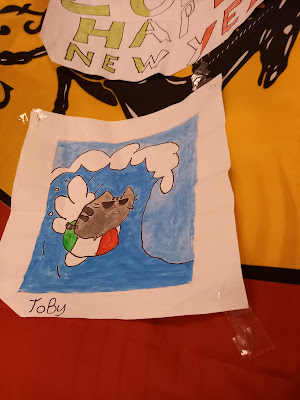 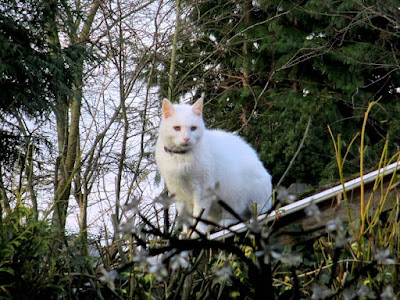 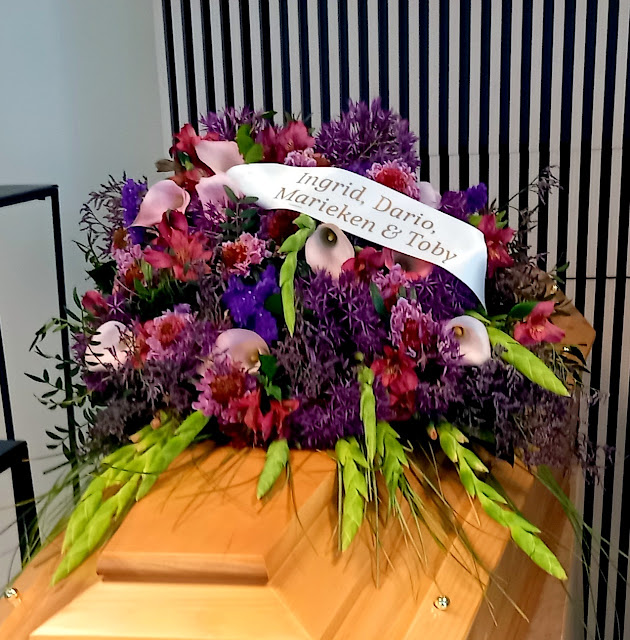 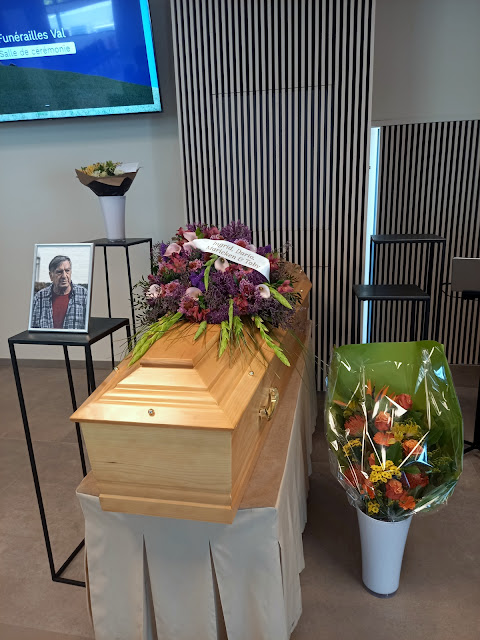 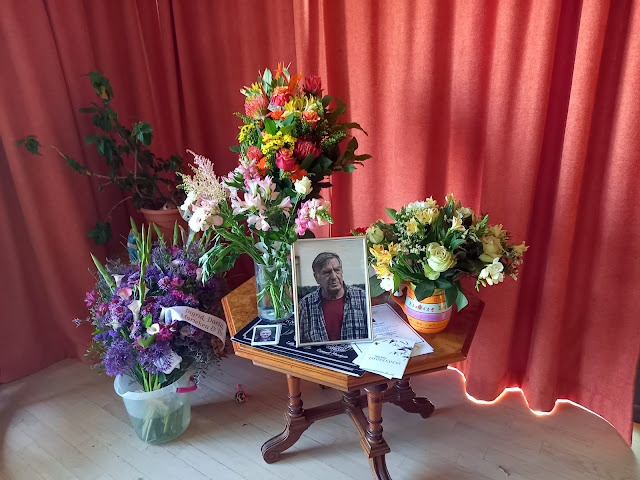 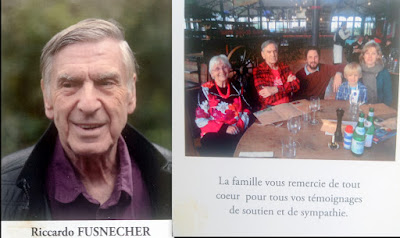 This card was given to the people who attended the ceremony

I want to thank you all for your kind words and the support you gave me ! Although we only know each other virtually with a few exceptions, you all helped me to go through these difficult times.

Please forgive me that I don't answer all your comments personally, I just have not the strength for the moment. I hope it will come back, but first I have to recover a bit. My son and grandson went the next day to the Garda Lake home of Nonno and Daddy, this trip was planned long before all this. It had been a pure coincidence that Dario came just this weekend when his Dad passed away !

Rick has been incinerated and the ashes will be dispersed on a later date.

He was and is the love of my life and that's why I choose this song from Freddy Mercury at the end of the ceremony !