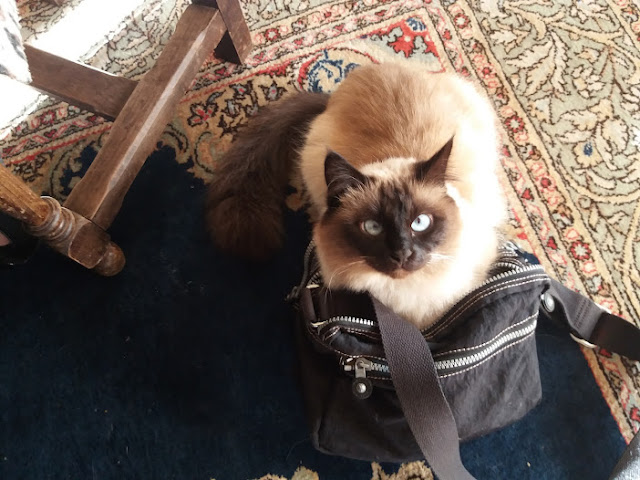 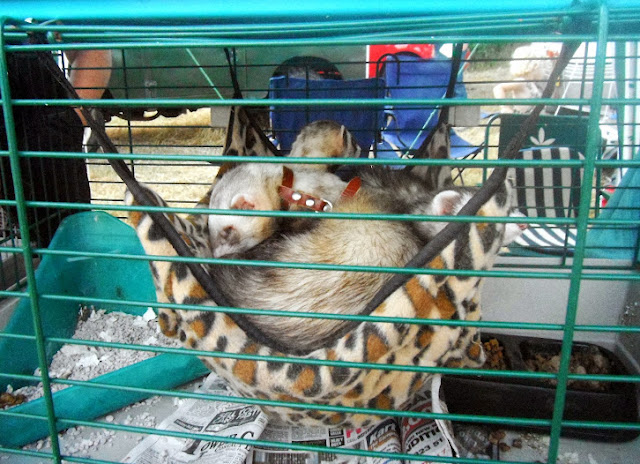 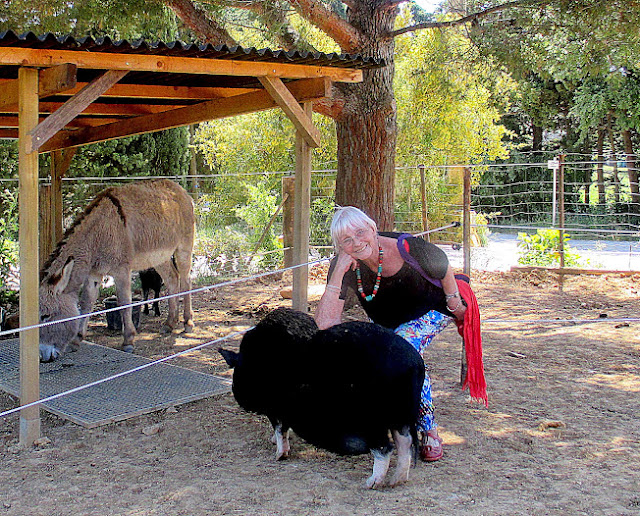 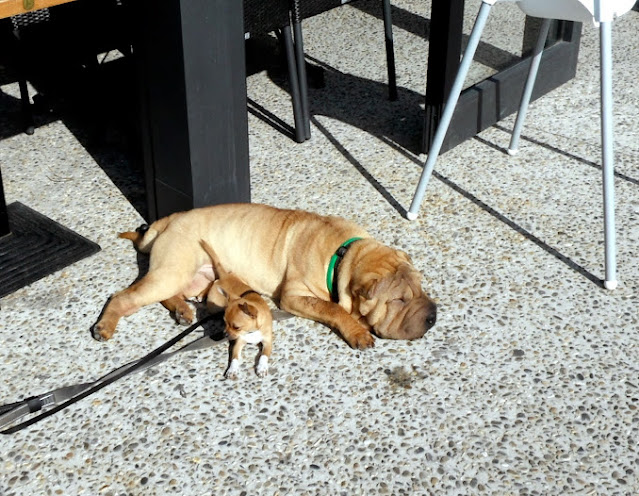 I must have been pretty tired because on Saturday morning I slept until 10am, which hasn't happened to me in a long time. Luckily I had already prepared my post and didn't have to do anything else.

After dinner I went to see Rick and he seemed pretty good. I tried calling our son so Rick could say hello to him but unfortunately it didn't work very well as he was outside playing golf. !

We then sat down with the others in the drawing room and I noticed that there were some new faces. They just served coffee and I got a cup too, I chatted a bit with the nurses and after that, I drove back home. As soon as I arrived it started pouring and a strong wind came up. I woke up several times this night because  the wind was howling around the building and something was rattling in the apartment. After following the sound I realized it was coming out of the box in the wall where the fuses were. It was the door  which made such a noise ! Apparently there the ventilation went through the whole building! I taped the door shut and went back to bed! 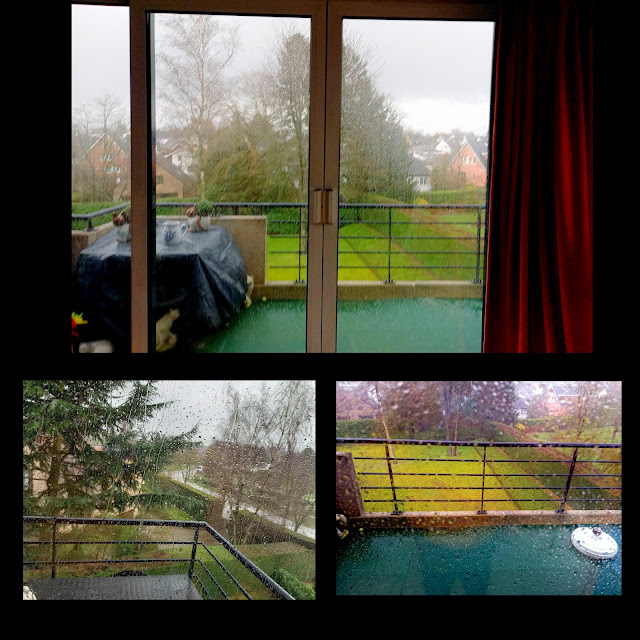 That's what I saw when I entered the living room ! And then it started to hail ! I thought the windows would break ! Poor Rosie made eyes like marbles ! Fortunately nothing was damaged only a flower pot had suddenlyh  wings and was on the other end of the terrace.

Fortunately Adeline and I were invited by Nicole, who looked great despite her brain cancer and not to forget that she is over eighty  ! We had a lot to chat Adeline, has 10 grandchildren and 10 great grandchildren the 11th is underway. We teased her that she had increased the Belgian population !

Nicole had found her tablet again but forgotten how to use it. I explained her again  and invented a new password because she had forgotten her old one over the years ! Now it works again.

Her cousin a retired confectionist had baked "Merveilleux" for us which means "Wonderful" and effectively they were excellent ! We ate them all except one which we left for Rick who adores them too ! 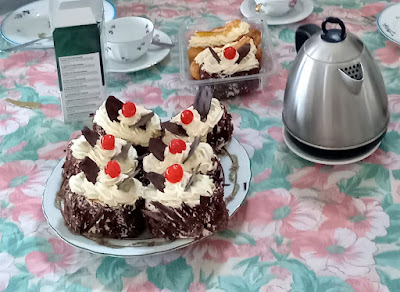 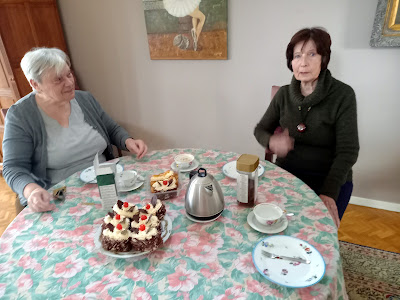 The afternoon was quickly over and we returned home, just before the next stormy weather arrived ! 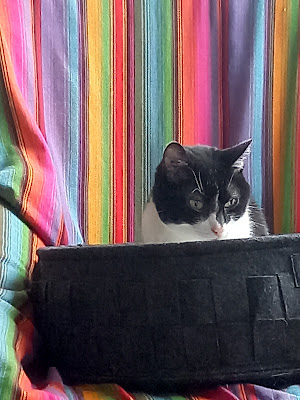 Rosie observes everything going on just over the her basket border !