The weatherman must be wrong because since this weekend the sun is shining as if payed for and apparently it will last the whole week.

I went visiting Mr. G because I hadn't been with him on Sunday, there was the Formular 1 and a friend with him and I would only disturb them.

On Monday we sat with the others in the salon had a coffee and chatted. Mr. G had some difficulties he couldn't find the words and got angry 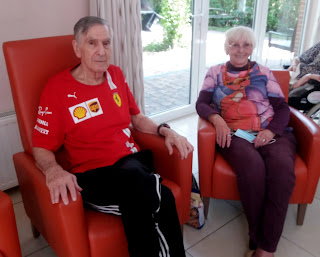 I went with him in his room so that he could lay down, he wasn't feeling so well. The worst is he doesn't really look sick !

We could scrabble outside which was great, but probably the last time this year. But you never know maybe winter comes in December.  Of course as usual I won counting from right to left like the Arabian 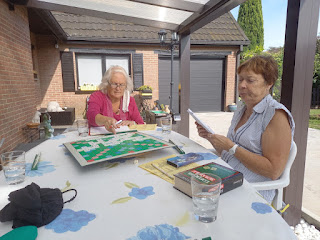 Myriam the one in pink as usual won.

It was time for me to go to the hairdresser ! I looked nearly like a punk. 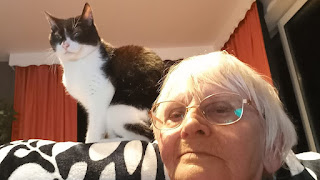 This was before, the after was even worse, I think I have to do some selfie training !

The 3 "posters" I had ordered turned out to be photos and not at all a poster. Next time I have to check the mesures ! With Chantal we went to see Mr. G. and bring  him the "posters". I had brought tacks with me and put them on the wall so that he could see them from his bed.

He was tired and a bit dizzy so we just hang up the pictures and returned home.

And another week went by. 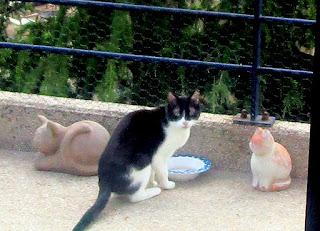 Rosie is not happy her water bowl is empty, she loves rain water and it hadn't rained the whole week !