Of course on Monday the elevator was still out of work, but at least they had checked what it was and there is a piece damaged and has to be ordered and then replaced ! Now with our National Day off and the flooding nothing had been done yet. We all complain about our poor legs which hurt. Fortunately my neighbor has a strong son who carries our shopping on the 4th floor ! Very helpful.

I visited Mr. G. and he still was a little lost in his new home, but it was only 3 days that he had moved. He was tired so I didn't stay long only to leave him fresh laundry. Fortunately the bedlinnen and bath towels belong to the home. I only have to wash his personal belongings !

On Scrabble day I won !!! Oh miracle must be the fact that I am so relieved that the biggest problem had been solved !

Dominique my former neihbor for 15 years came for a visit and we went to say hello to Mr. G. ! She was surprised to see him in such a good shape ! He talked normally, even joked and all people who were in the room said hello to him and he talked to everybody ! That was a big change ! 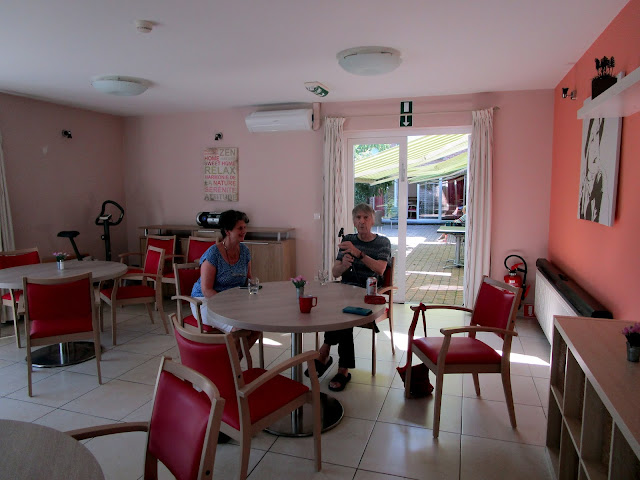 He also looked much better and walked without his walking stick. They had done a good job in the rehabilitation clinic.

And here too they do gymnastic each morning and play games the afternoon. Apparently he participates in everything, and doesn't stay alone in his room. This is very important. 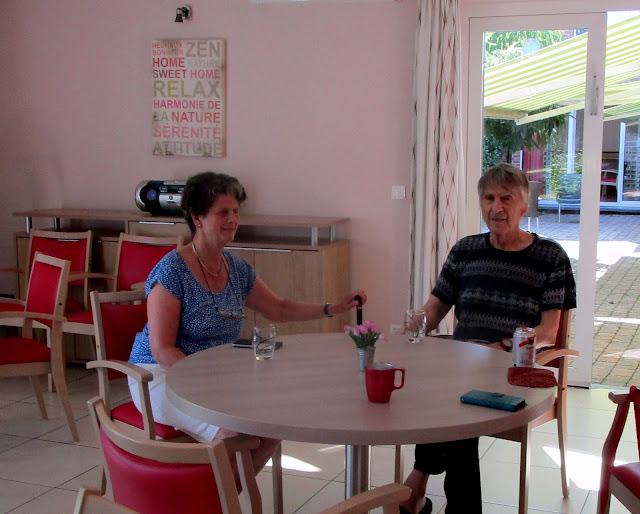 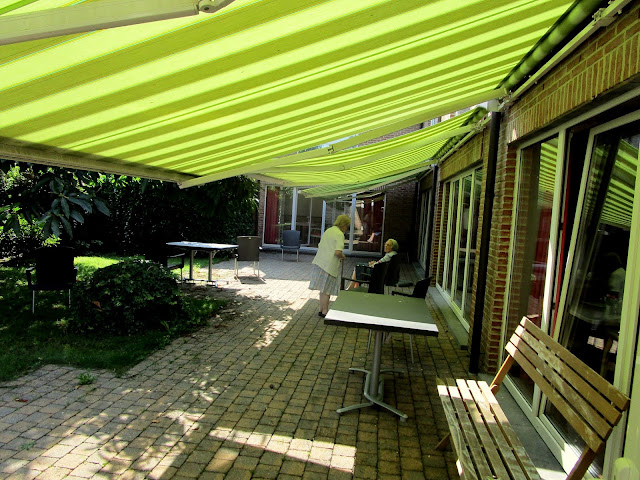 The terrace with the garden

Apparently the food is very good. and I hope he will put on some weight !  Happy we retuned home and sat on the balcony and talked and talked and she was very content that he behaves so good. She also has Parkinson but another kind, she trembles, but with the right medication it stopped.

With my painting group we went to the "Jardins d'Asie" (The Asian Gardens) and had a nice lunch.. The weatherr was wonderful and we could sit outside.

Now I really start to feel tired all the stress from the last 4 months seem to come out !

The only one who bothers me is the Income taxes service who claims money because Mr. G. hasn't filled in the formular of 2020 ! Now I have to prove that he was already ill and had put all envelopes from people who bothered him in the garbadge and I had wondered that we never got letters !!

But that too will be solved otherwise I bring them the Corona virus !! I have gotten my two injections. 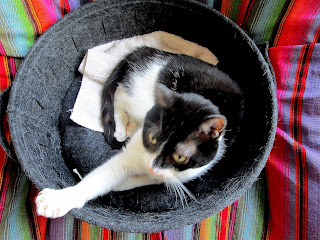 Now Rosie and I live alone, but in about a month Mr. G. will be allowed to come home for an afternoon if he continues to progress. Earlier wouldn't be a good idea the doctor had told me, he has first to get really used that now his home is elsewhere. But he seems to like the place ! He never asks me to come back home as he did before.

more participants at Susanne at Living to tell the Story.
I am sorry if I don't comment on your blogs, but I need a little rest !
Posted by Gattina at 07:00