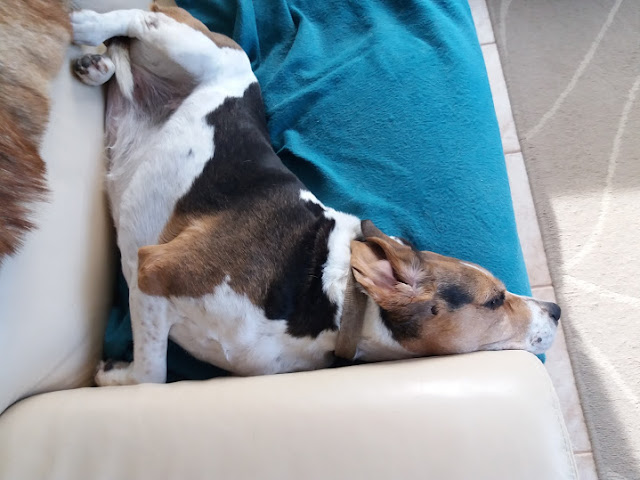 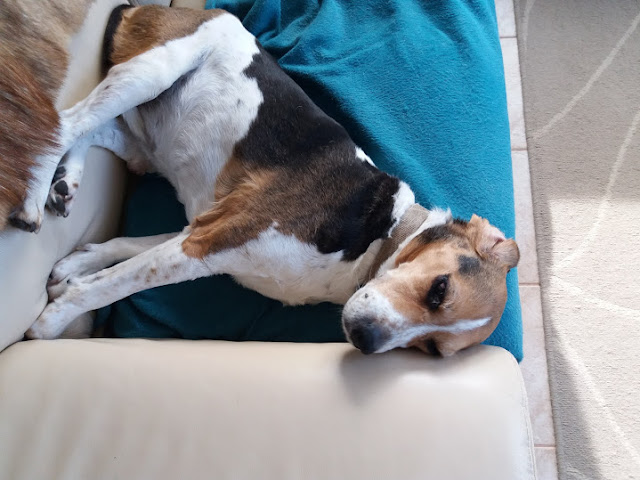 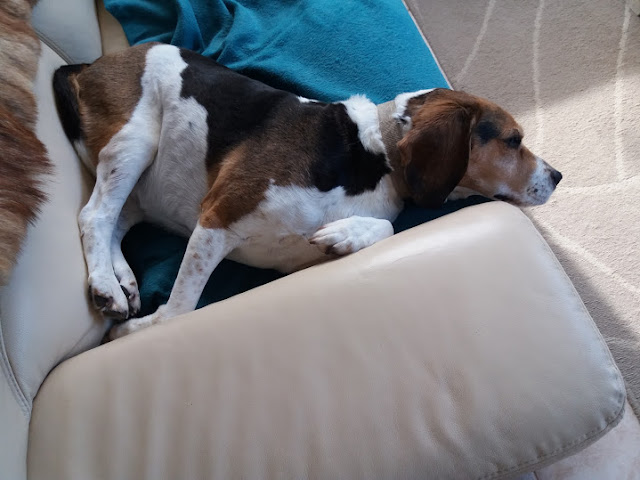 On Saturday the couple who had bought our house, invited me to show how they had renovated it !

I found a completely new house ! Everything had changed, all my red and creme colors had disappeared and painted in  by bright grey and a soft black. All colors I usually don't like but it looked real good here. The kitchen was also in black and light grey and they had taken out the wall which separated the kitchen from the dining room ! 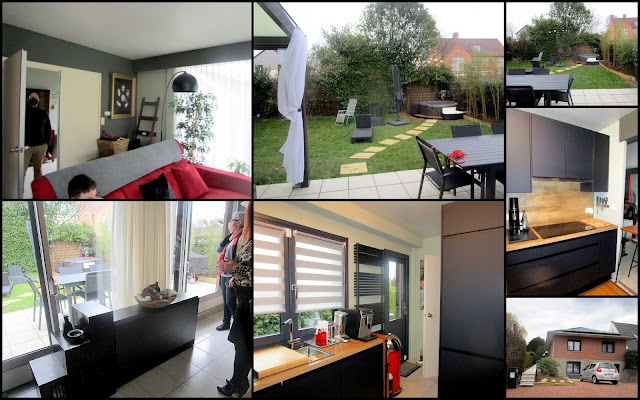 In our garden instead of the Garden shed was now a Jacuzzi and on the white tiles of the terrace was beautiful black furniture. I really admired what they had done it looked like a house just built yesterday ! Very touching was that in the boxroom they had kept the old wallpaper from 1974 when we had built the house ! It was very in fashion at that time but now looked ridiculous. They wanted to have one proof of the age of the house. Such friendly people ! He is Spanish and she  is Belgian and they have a son living with them.

On Sunday a friend came for a visit, I hadn't seen her for a long time. She is the wife of an ancient collegue of mine and our sons have the same age with only four days of difference. We could talk about the past, when we both walked with our prams and the babies in it through the park nearby. When we moved to Waterloo, they shortly moved there too and we were almost neighbors. Again a very long friendship with some interruption which life brings.

I think now the stress of the last weeks are coming out and I was so tired not physically but mentally. I spent the rest of my day switching from computer to TV. 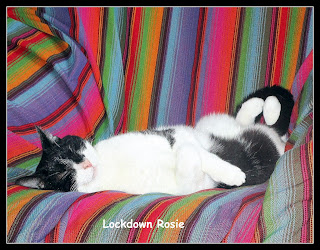 Nice that the new owners of your house invited you in. The house looks very smart but no cats!. I can never understand why people want to knock down walls, I am not a fan of open plan though I always seem to live with it. My trick has always been turning windows into doors as I have done with at least 3 houses I have owned. Keeping the 70's wallpaper is a great idea.
Not surprising you are mentally exhausted, you have had a lot to deal with lately.

Mental stress can be exhausting, so make sure you get enough rest. That pup sure looks relaxed and stress free!

Awww, they can get into such weird positions and still be able to sleep just fine. Cute.

How wonderful that they love your old home so much. That made me smile.

I am not a fan of black and gray either, but you are right, it looks really nice. How fun that you got a tour! I'm sorry you are so mentally tired, sending purrs and pawsitives your way.

Well, I missed a lot it seems. So sorry to read Mr G is in hospital right now. I hope they find the right medication for him so that he can come home soon. Take care of yourself.

how cool that the new owners invited you to see the changes. it must be a strange feeling.

Oh my goodness- the new owners sure changed things! When we went back to our old house to say hi to the new owners.....we were surprised what things they did. Sometimes it's best not to "go home again"! Get lots of rest! and take care!

Lockdown critters are quite relaxed.

How nice that the new owners invited you to see what they have done. Sheena has some terrific lock down positions, and reacquainting with a friend form the past is always terrific, especially when you still have things in common. Rosie looks like she is handling the lock down well, I hope you are too! We hope you have a marvellously happy day! Barb

The animals know how to cope with lockdown. It was so nice of the new owners to invite you back. It is nice to see your old house looked after. Our house we left 4 years ago has not been cared for at all. It is so sad. It was bought by a separated couple. The wife and kids live in the same street and our house is where the husband comes when he has the kids then he disappears. He is a doctor too. My old neighbours keep me up to date.