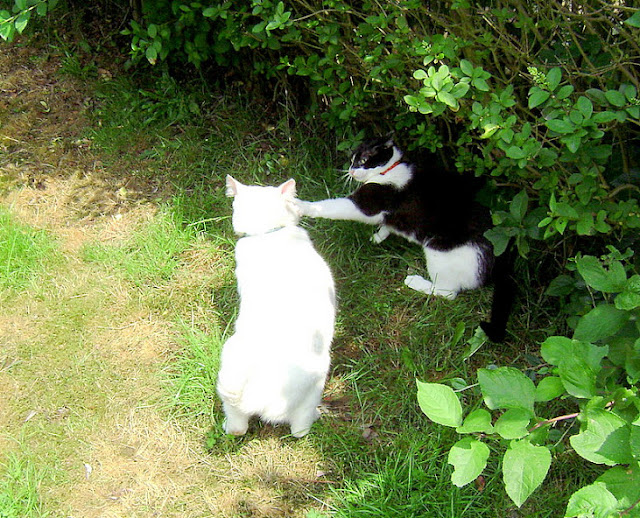 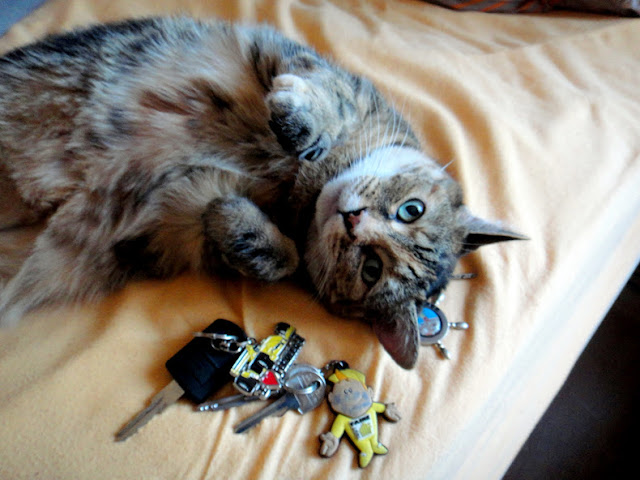 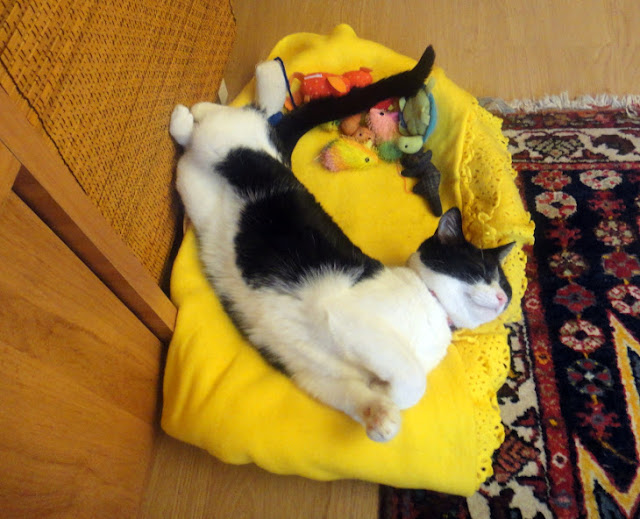 On Saturday was the Assumption of Mary, Jesus mother for those who slept during religion classes. Of course I had completely forgotten anyway it's a catholic holiday and all shops in whole Belgium were closed. That's why I had to ask what happened and I was not the only one. The religious festivities to honor holy Mary were cancelled she too had to suffer because of the Corona virus. Some fests are very famous and very folkloric, with costumes from centuries ago and even a black Mary who usually is carried through the village !

I don't remember what I did, nothing special anyway I was looking for a shelf for my T-shirts on internet and suddenly it was noon.

In the afternoon Mr.G was in Spain (virtually) watching the formular one preparations and I escaped to Myriam ! The sunny weather changed into dark clouds and then a thunderstorm arrived and I returned home. It rained so heavily that I could hardly see ! A few km further suddenly no rain anymore but sunshine again ! 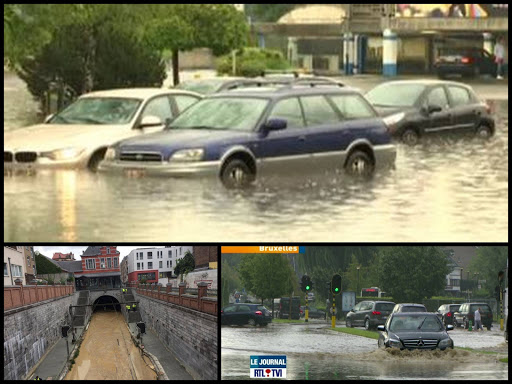 In Brussels the rain caused flooding in some areas, while we here in Waterloo had heavy thunderstorms and rain.

On Sunday was the same all shops closed and people who wanted to take the train to the coast changed their mind because the weather had cooled down and it was not like last week. As last week there had been a real riot at the Belgian coast to get a space on the beach dispite the fact that you had to book (!!) your space, the trains were congested, were was the social distance of 1.50 m ???. The responsible bunch of politicians decided to let only 80 people in per wagon today, but it wasn't necessary, lots of people didn't show up ! Now the shops at the seaside complained. What a mess !

The "Sales" period which still exists in Belgium had been delayed instead of July it had started on August and only during this period boutiques and shops are allowed to sell their stuff to reduced prices. This year due to all these regulations, one person at the time for 30 min shopping, had held back people to go shopping.

As on Sundays the shops are closed too, Myriam proposed to come over and fix my curtains which had fallen down because the little rolls holding them broke, the fabric was too heavy. 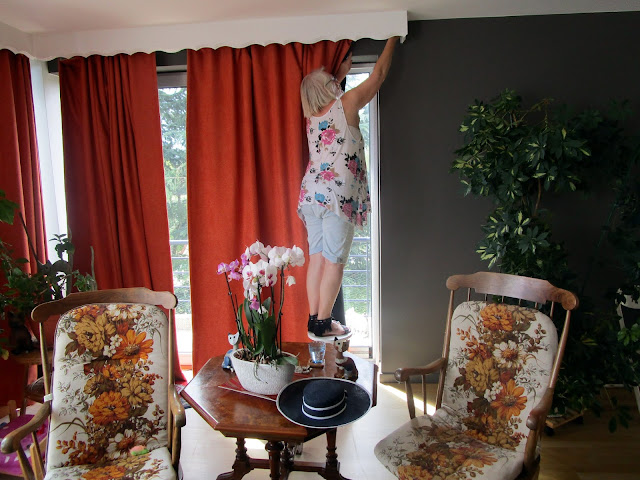 The good girl put new rolls and hung up all the curtains again ! I get dizzy on a chair and she is 7 years younger which makes a difference I had realized during our move !

Lots of things I could do myself I can't do anymore but that, probably is the case of all of us except the politicians who still "work" way over 70 ! Nicole came with her and we spent a nice afternoon, only poor Mr. G. had dificulties to follow his beloved Formular 1 because of us three chatterboxes. 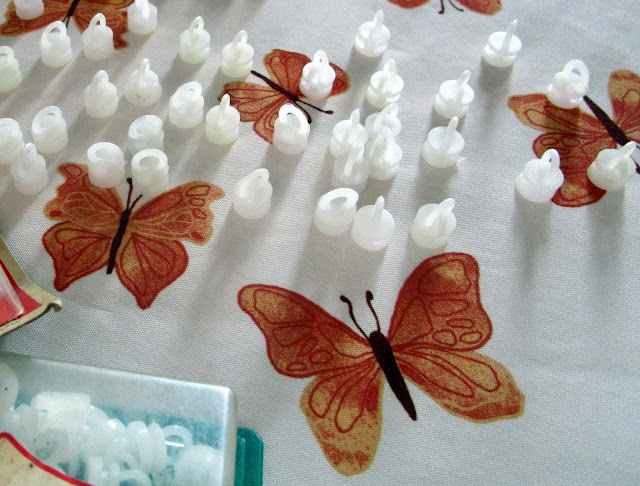 Myriam had put the little rolls for the curtains on the table and it looked so funny because the butterflies belong to the table cloth !
Posted by Gattina at 07:00