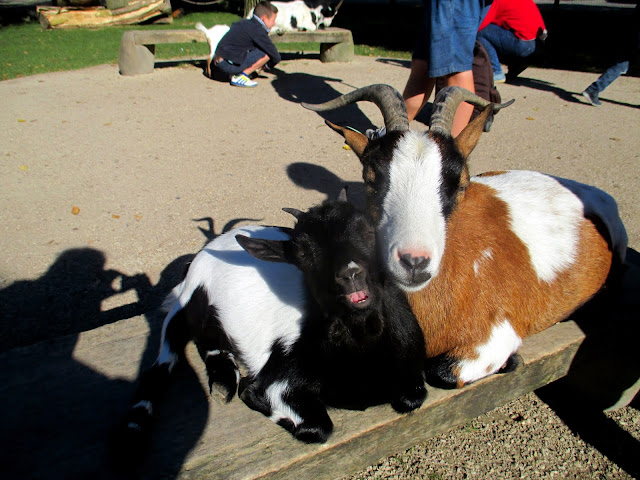 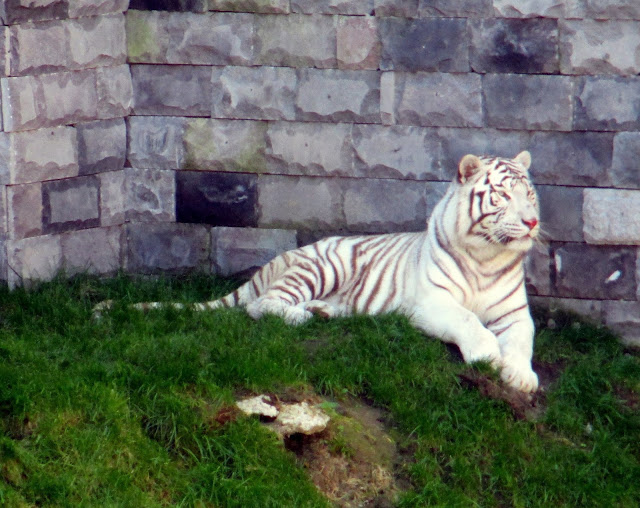 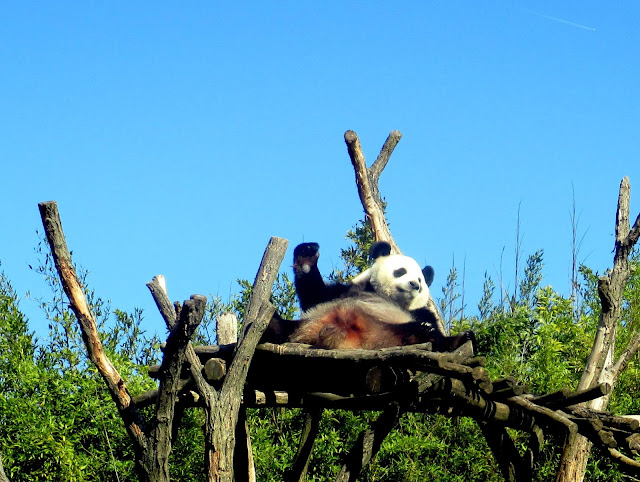 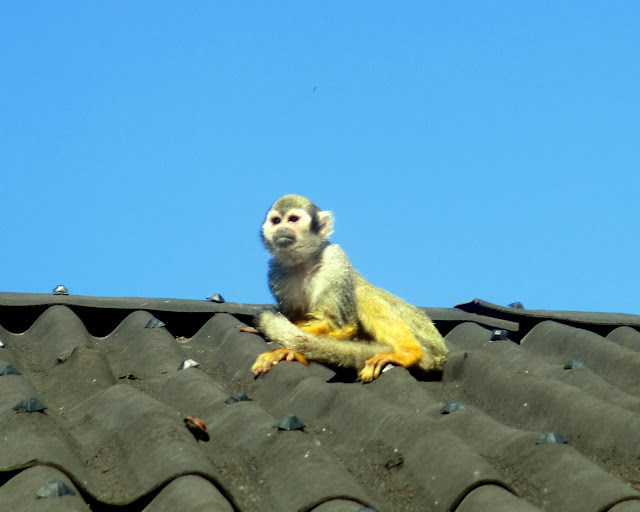 It's difficult to tell you what I have done this weeked as every day I do the same thing !

On Saturday the weather was cold but very sunny and in the morning Mr. G. sorted out a whole collection of Tintin comics and some others, and brought them to a second hand shop and was happy that they bought them for quite a good price.

I wait until I have seen the apartment again and taken all measurements to see where I put the things we keep and the others which we leave in the house.

In the afternoon Nicole called me and proposed to sit on her terrace where it was so warm  that I had to take off my pullover and sat there in a little T-shirt. 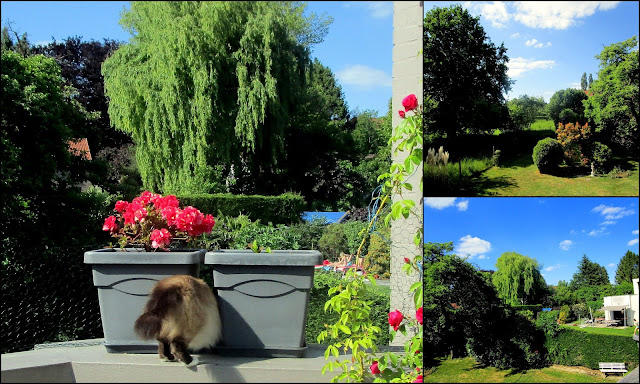 The view from her terrace is always beautiful and we laughed about Isis who instead of looking down on the lawn right or left from the flower pot always stuck her head in the middle.

Sunday it was the same, and as it was cold on my terrace which is more north, I returnd again in the afternoon  to take a sunbath with Nicole. Mr. G. doesn't like to sit outside or be outside. When our son was little he had to come with us, or play outside with him, but now he doesn't have to make an effort to come with me.

The next step of the deconfinment will start on Monday, schools are partly open but lots of parents refuse to let their children go to school until September. Grandparents are allowed to see or even keep one grandchild but what is a bit stupid is, that the grandparents must be under 65 !! There are not many. Museums and hairdressers open too, as well as animal parks. But we are still not allowed to go to the sea !! And of course restaurants and cafes remain closed !