Monday morning I woke up in sunshine, which turned to rain around 11. What a strange weather ! Sometimes it is warm in the morning gets cool in the afternoon and warm again in the evening. I had to change two times ! 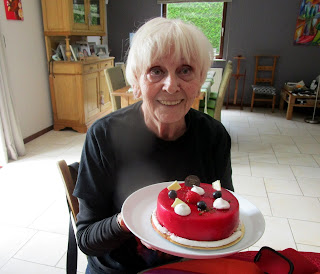 We had hoped to play outside, but it was too cold, and after I was not the last one this time, I cross eyed on this delicious strawberry cake. I ate two pieces while the others paid attention to their weight and only ate one. Good for me !

With this cold/hot humid, rainy weather, a real cocktail, our garden looked like Tarzan's jungle. Only Mr. G. with his new hip couldn't swing from tree to tree.

I asked my gardener to come and trim everything and take the weeds out. After 5 h at two men the garden looks now almost like "Versailles" !

In the middle of the week it was a terrible day. At 7 am the phone rang which was very unusual. I was still deeply sleeping and thought it was my mobile, but it was the normal telephone. Meanwhile Mr. G. had taken the call and I heard him speaking in Italian and it sounded not like very good news. It was Ileana our best friend and also family who informed us that Nino, Mr. G's oldest friend still from childhood had died after a nearly 2 years illness at hospital from a pancreas cancer, which the doctors hadn't detected. It was terrible for us. We couldn't even attend the cremation, in such a short time and for Mr. G. impossible to travel. So many memories suddenly came up. We spent a strange day in a daze.

Late evening I thought I have to call Ileana, but I have great difficulties to speak Italian on the phone, there is always English coming out. But here a miracle happened, suddenly all my Italian came back and I had no difficulties at all and could speak and comfort her for an hour. 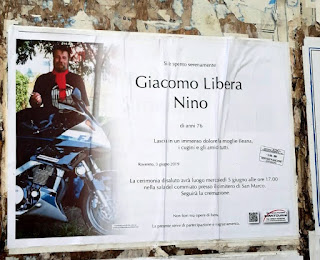 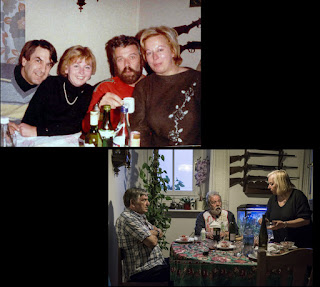 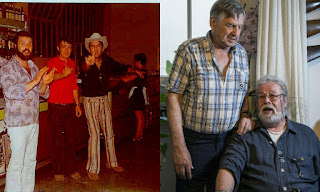 In Italy when we were young and then vintage ! He was as old as me !

And if that wouldn't have been enough, cat Kim had returned home and I thought she would be better. But after 3 days I couldn't stand anymore how she suffered. She couldn't eat, and walked as if she was drunken. Mostly she didn't move at all. With a heavy heart I called the vet again and she came immediately. She confirmed what I had thought, that this was the end. I carried her into the kitchen where she died in my arms. 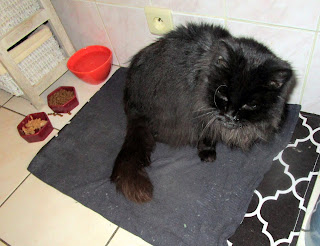 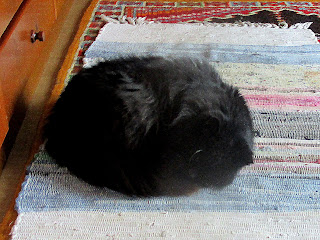 The last pictures of Kim.

The same day the husband of my painting teacher died too. Besides going in "our" Wok Dynasty Restaurant and had Chinese, we didn't do anything anymore. Nicole was not feeling well, I was so tired and Myriam also expected her Gardner.

What an awful week.