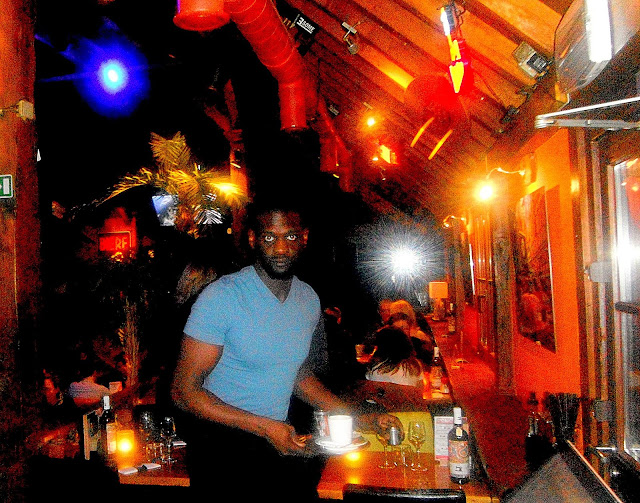 
Until I was 18 I never had seen a black person ! I am sure that I have seen some when I was two or three, but my memories are a bit fuzzy. It must have been in 1946 when American soldiers arrived in the little town where my grandparents lived, near Frankfurt, this part of Germany was occupied by American soldiers.

Of course there were also black soldiers, but I didn't realize, I only remember the helmets, the ugly uniforms (maybe since then I am allergic to all uniforms) and the awful cracking noise which the tanks made, when the chains broke the surface of the street and left deep traces.

That there was something strange going on I sensed because my grandpa hold my hand so tight and pulled me close to him. I was intrigued by the noise and the strange behaviour of the people around me, but then the soldiers threw sweets into the crowd for the children. My grandpa held me even stronger because the children hurried to pick up the sweets. I was not interested in sweets but in what was going on. The rest I don't remember.

When I started business school in Brussels I was nearly 19. In my class was a black girl. I had never seen a black person life and so close. I tried to avoid to stare at her and was impressed when she turned her hands that they were pink. I don't know why, but she choose to sit besides me and smiled at me with her sparkling white teeth in her black face. I thought before she thinks that I am a bit stupid, I chose the truth and told her that I had never seen a black person in my life ! She bursted out in laughter and said "Then look at me as you wish" I laughed too and found the white in her black eyes very strange or maybe funny. From that day on we became friends and at one point I didn't even see anymore that she had another skin color as me.

I had told her that I had lived in Germany until I was 14 and there I had never seen a black woman or man. Of course Germany had no colony and under Hitler it was better to be white then black and even that wasn't a guarantee people had to be white, tall, blond and blue eyed. He never had looked in a mirror, because he was small, had brown hair and brown eyes.

Belgium had the Congo and therefore there were a lot of black people in Brussels My son had a few friends and still has and now children are all mixed in a class. Black, white, asiatic, it doesn't matter they grow up together which is a very good thing. 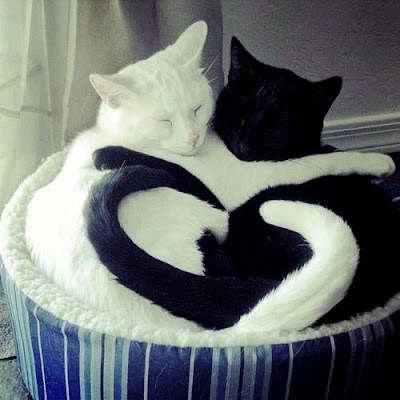