I had never heard the word zoomie and my dictionary didn't know it either. A word which apparently didn't exist !  And even Google translate was very clear ! Zoomie meant zoomie in German and French, and that was it.

As usual when I don't know a thing, I google ! There I found two definitions. 1. (military, slang) A graduate of the United States Air Force Academy, and Cat zoomies. As I am allergic to all military things the second definition was the best ever !

As a servant to three cats and a cat lover in general I didn't know that when my cats are running around like pursued by the devil, jumping over armchairs, sofas, tables that I thought I have flying cats, then running around the living room and the kitchen, jumping in the air and then collapse for a nap somewhere !

When Rosie starts with her zoomies she gets a glint in her eyes, wiggle waggle her bottom and then start rapidly moving about, while meowing loudly but in a strange way.

Meanwhile we are used to it and find it rather funny to see our cat (one at time) flying through the room with a mad look on her or his face ! 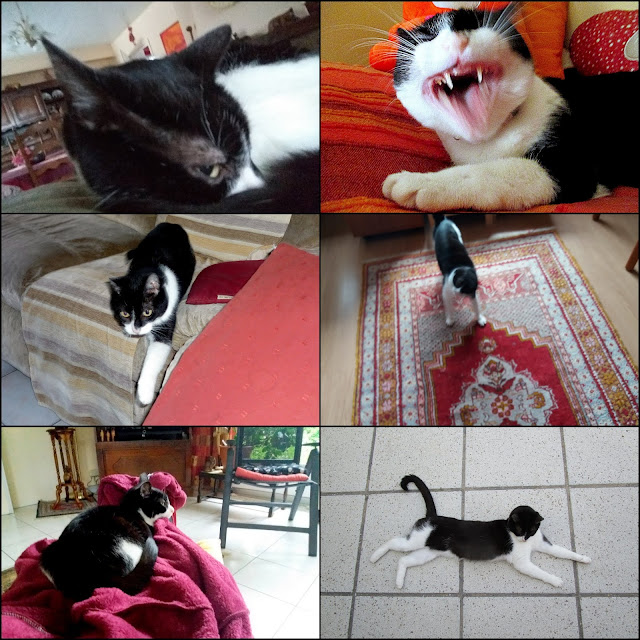 Rosie starts with an evil glance in her eyes 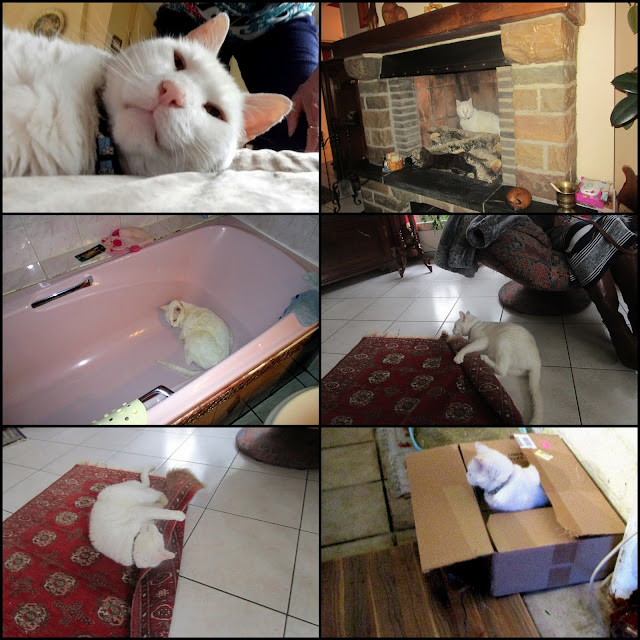 Arthur looks like an angel, before he starts running around and jumping into strange places or playing with the carpets. 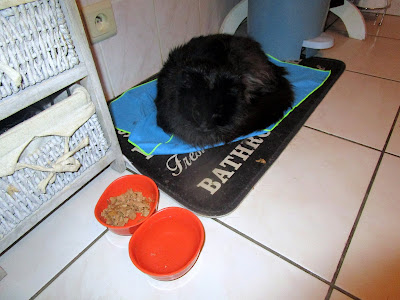 Only 19 year old Kim does zoomies probably in her dreams. She spends 24 h in the bathroom with short interruptions !

One of my cats actually used my head as a take-off point. All those nails in your head do hurt I can tell you!

Our cats have the zoomies when they haven't been outside for a while. At the moment it's too cold for them - they just sniff the air and turn their backs.

Hello, cute kitties and photos. The cats are having fun doing the zoomies.

Have a happy day!

The cat with the open mouth and the two visible front teeth looks rather scarry. I've got no cats of my own, but usually the cats I meet in the neighborhood, have no zoomies whatsoever. They're sweet and 'polite'.

I've always thought they do that sort of thing to mess with our heads.

I didn't know the word zoomies until I started blogging. Our kitties do zoomies, especially Goro. He often runs and flies around like a crazy cat :-)

I had never heard of zoomies before. I've learnt a new word :)

Great pictures of your cats. Yes when they start doing zoomies together it can get a bit hectic.