VIDE DRESSING AT THE WATERLOO LION

For a city which is located on a historical place like Waterloo and it's battle field, it's difficult to attract tourists in winter times. As the field is flat like a pancake the wind whistles around and besides the new built restaurant "Bivouac de l'Empereur" (the old one had been demolished with the other buildings which stood there) there is the Panorama to see the bloody battle and a museum under the the ground.

In spring and summer they put a few soldiers there in the uniforms of 1815 let them march a bit and play music and everybody is happy. Sometimes there are also canon shots much to the anger of dog owners. 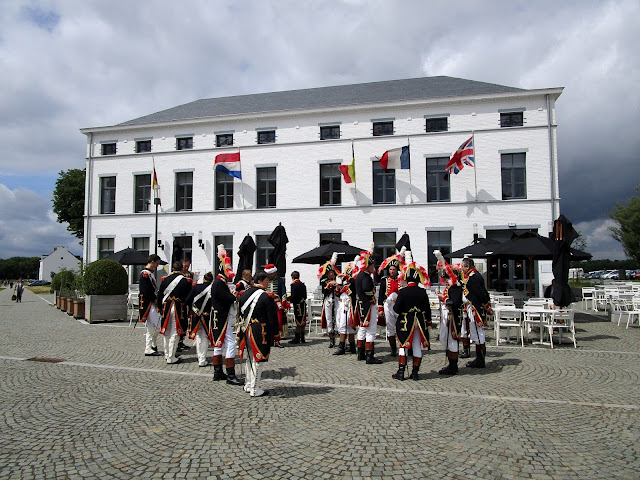 There is a huge terrace in front of the restaurant and it's a nice place to have a drink and watch tourists from all countries and if a few soldiers are running around it's even better.

As it's cold and rainy a "Vide Dressing" was organized in the Bivouac. A paradise for women ! All kind of clothes and jewelry, old and new was displayed in two enormous rooms. I didn't even know that the building was so big inside. 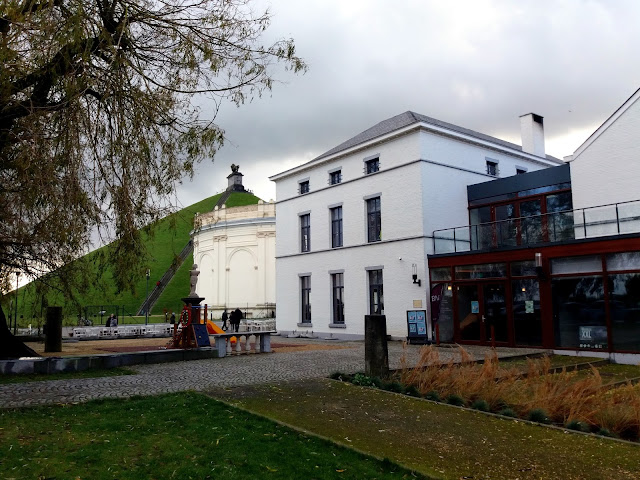 The Lion mound is just in front of the restaurant 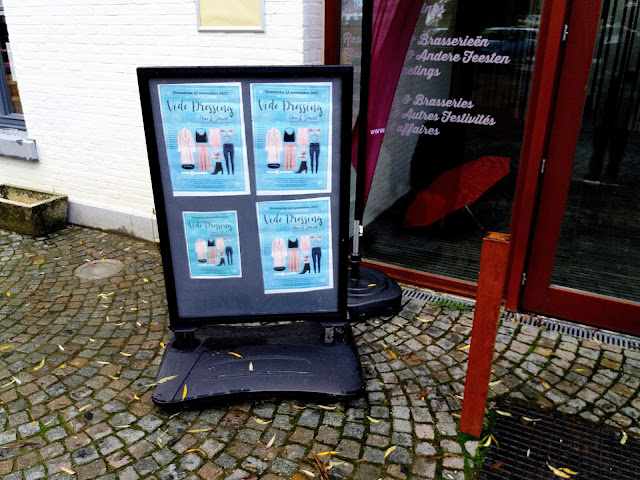 We entered the side entrance 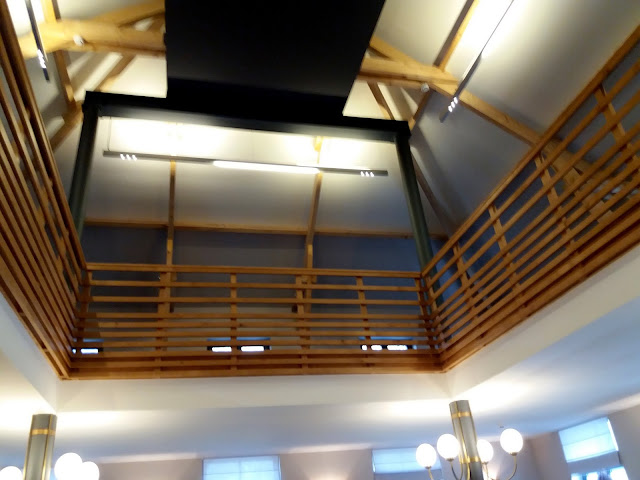 and looking up saw this nice wooden ceiling 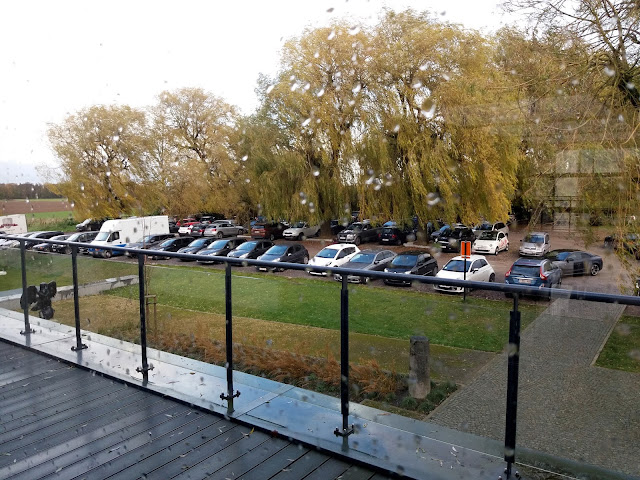 as you can see the wind is blowing and the weeping willows are bending to one side. 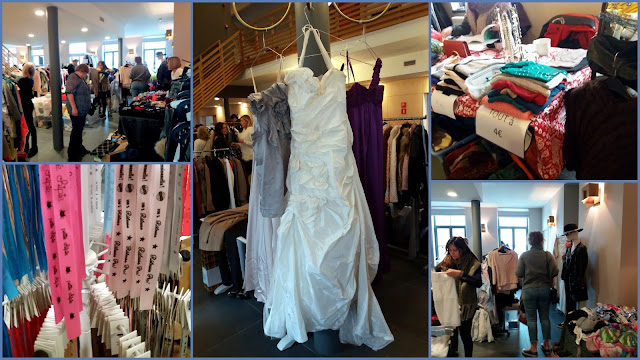 And then we got inside and didn't know where to start to look ! There were so many things just unbelievable and brands like Lacoste, Nike, or Desigual  to very low prices ! I tried a Desigual coat, which was beautiful for 30 € (probably you have to add a zero in a boutique) unfortunately it was a bit too small. You even could buy wedding dresses which allowed you to marry several times in another dress they were so cheap. 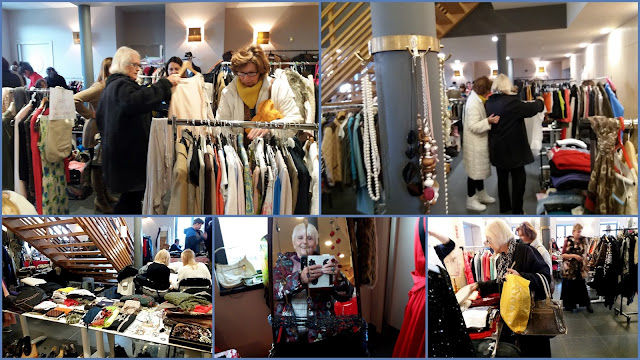 Nicole and Myriam were in their element and worked themselves through the racks. Myriam bought several things which cost less than the drink she had afterwards, I didn't find nothing. 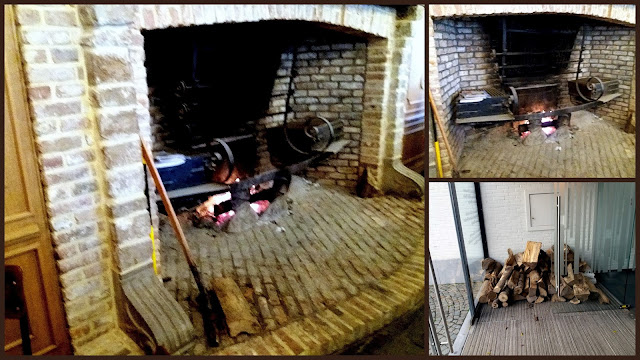 From the old Bivouac they had kept a few things from the open fire and it was nice and cosy in the restaurant, where we went when finished and K.O. 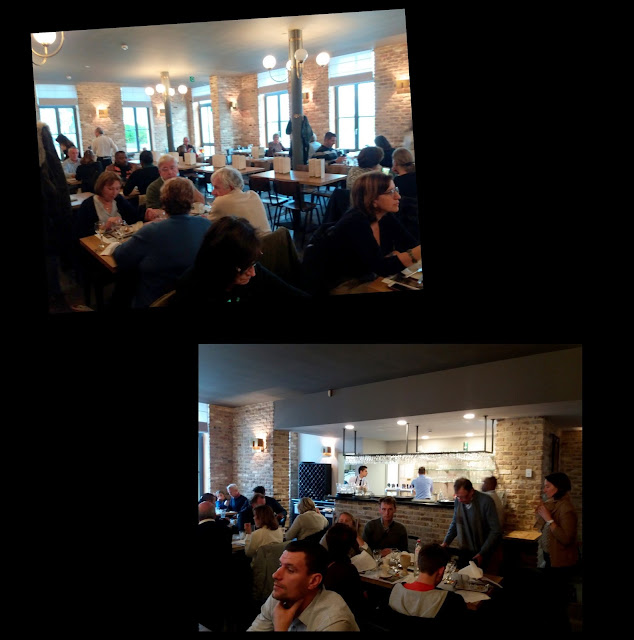 It was quite full, people had lunch there even at 3 or 4 pm or just a drink. 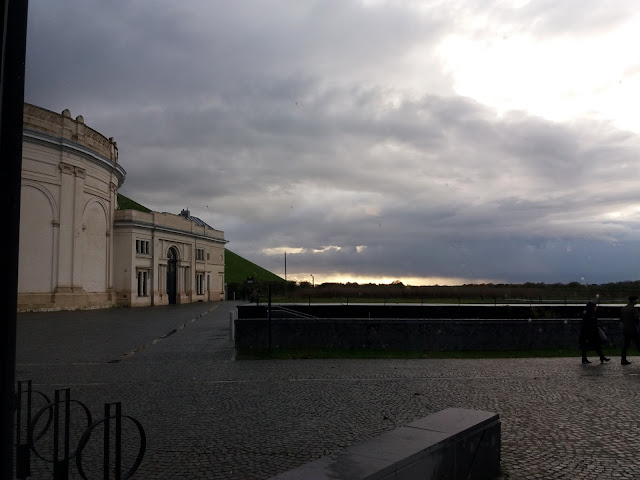 Another rainy cloud moved in when we left the restaurant

What a great place with lovely architecture.

I think you were doubtful about what was being done at the site, but it sounds like it is successful.

You made me LOL with "wedding dresses which allowed you to marry several times" :-) I would so enjoy shopping there!

Well, as long as it gets the tourists (or the inhabitants of Waterloo for that matter) in!

Oh what fun. I would have enjoyed the vide so much. Oity you didn't find anything.

What a pity you didn't find anything. I know how much you like a bargain.