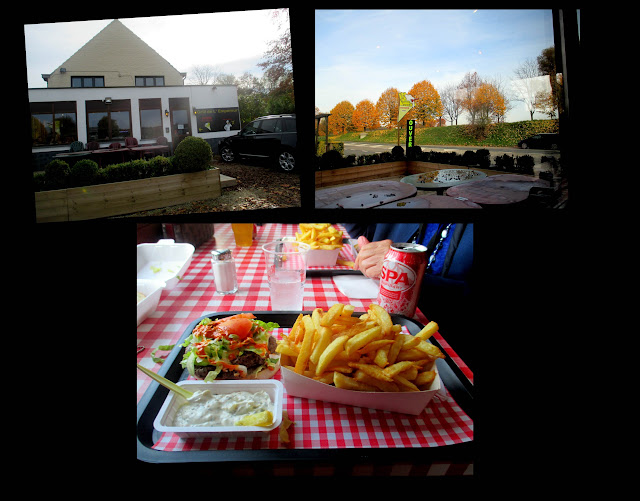 Nicole and I have discovered a Bistro called "Le Grill de l'Empereur" (The emperor's grill), meaning Napoleon of course. The speciality are the good Belgian fries or chips ! We had never noticed it, although it is near the Waterloo Lion. The chips were excellent and the homemade sauce too. The Bistro was full. Now wonder.

Since a few days we have wonderful "Indian Summer" weather ! 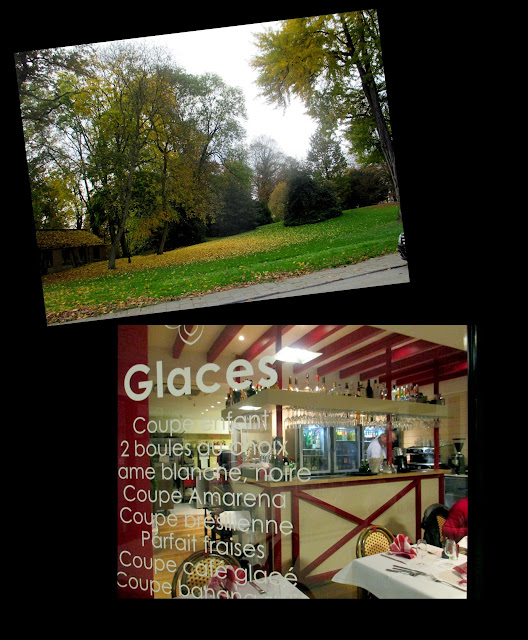 You could even sit outside in the sunshine. That's what I did Saturday afternoon, while having a coffee. An old friend of mine has a bathroom boutique on the main street and as she was there, I popped in and we had a little chat. It was nice to see each other it had been a long time. Meanwhile she is also grandma of a little girl who was also there with her daughter.

After that I met with Nicole and we went to the the cinema there was a new French comedy movie on the program and it was really very funny. It was the story of a woman who had an only son, who was such a manipulator from his childhood on that he even managed that his parents divorced and no other man could stay with her. He always managed that they separated from his mother. And the boy even now 20 looked like an angel ! That sounds not funny at all but the film was made with a lot of very good humor. We had a drink in the Gallery Wellington before we returned home.

On Sunday there was "All Saints Day" and as Belgium is a catholic country all people who have somebody laying in a graveyard pilgrim there, even if it is a long forgotten great great great aunt. Once a year everybody has to go to the cemetery that's the use and also an occasion to meet friends and family on the graveyard and have a drink together afterwards.

I instead went to Brussels. My way leads through the "Bois de la Cambre" a wood and public park on the edge of the Sonian Forest in Brussels. It has an area of 1.23 square km (247 acres). In this season it looks particularly beautiful. 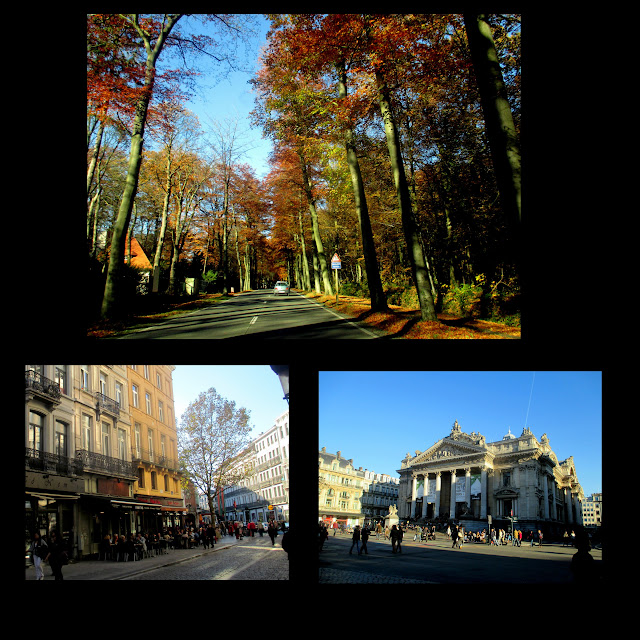 There were many people enjoying this exceptional weather and the terraces were full. 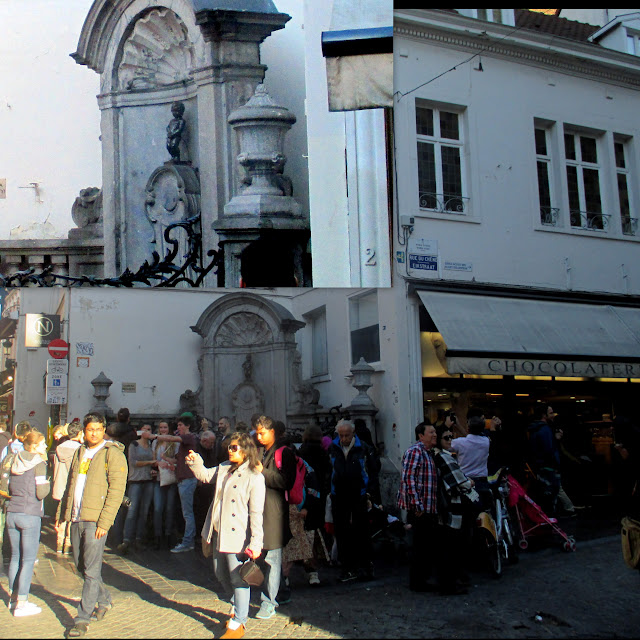 Here the people tried to discover "Manneken Pis" the very little statue, that's why I biggified it (in the corner). Usually everybody is disappointed because they think it has at least the size of a little boy !

I went to a vintage exposition and market and will report about this in another post.

Hi Gattina - isn't the weather amazing at the moment. Glad you had a happy time in Brussels and at your new cafe .. the chips do look good - cheers Hilary

A full weekend....Actually I went to the cemetery yesterday as you mentioned...

Nice getaway to the big city! I would rather have done that than the other more ordinary alternative activity for the day, that is for sure. Fun to discover a new and good restaurant.

Those chips look so delicious. I wouldn't mind eating some this very minute :)

I think everyone here was too busy dressing up for Halloween and forgot about visiting the cemetery.

In automn the nature in Belgium must be marvelous, so colorful ! When here in south we just begin the automn now !