On Saturday morning I forced myself to do some garden work, I had to trim two bushes, which should be round, but had a lot of twigs growing over and there were some weeds in the bark. After that I  had enough and sat down behind my computer on the terrace.

As always when we want to get in holiday mood, we go to the Waterloo Lion ! 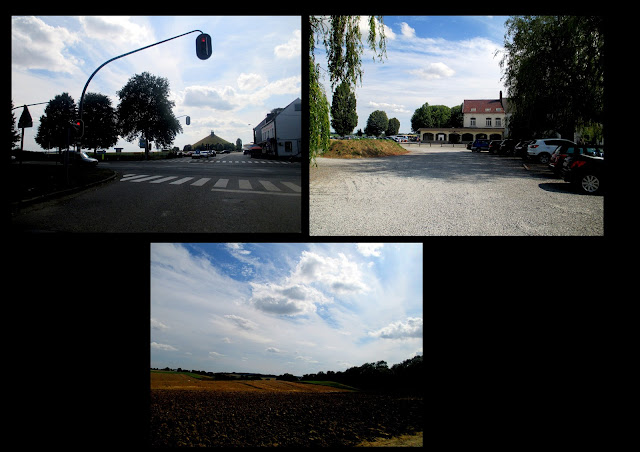 All signs of the bicentenary celebrations were gone and the fields again empty. There were lots of tourists from all countries and when we sat down for a drink, we talked to Canadians, Germans and also some Belgian tourists. 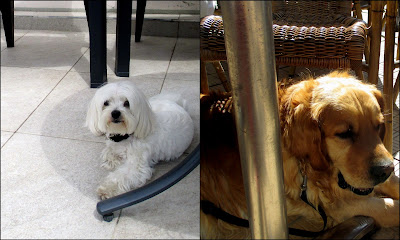 We had two dogs with us this time, Nicole's Charlie (right) and Kiwi (left) who belongs to a friend of her who was ill and she dogsitted. With these two dogs you get a lot of attention, and it's always a start for a conversation. We enjoyed the sunshine and stayed there for at least two hours before returning home.

On Sunday it was a little cloudy but I had discovered on a new Website of Belgian Wallonia that there was a watermill not very far from Waterloo. They had done a lot for tourists lately, apparently they already had discovered that you can make money with tourists ! 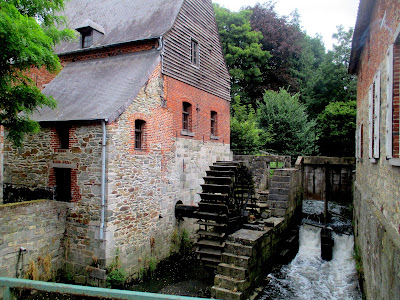 The mill from the 18th century was really very nice and surrounded by beautiful fields and woods. 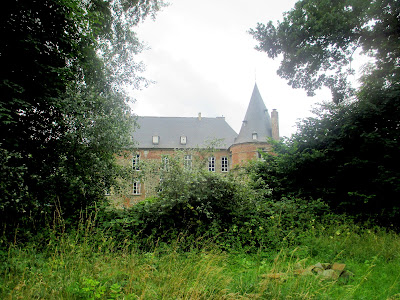 Through the trees I saw a castle which I didn't know either so I visited it too. (I will write about them in another post). 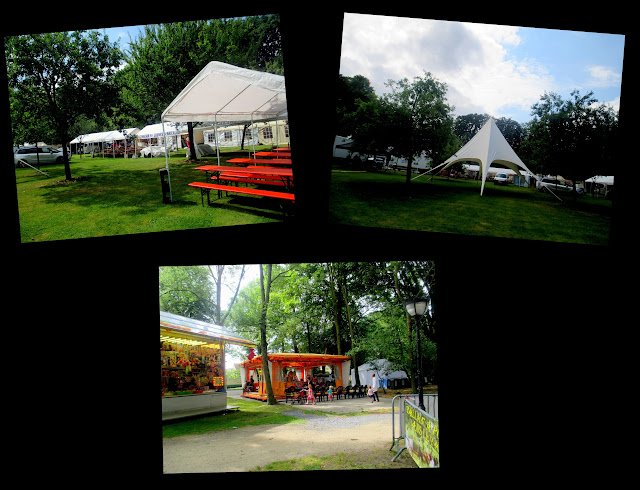 On my way back I saw that in the Waterloo city park they had started to put up stalls and tents for the celebration of the National Day on July 21. The kids city was already in full function !

What a beautiful old mill and forest scene. Animals are really an attraction: Rina and I sell our baked goods (koeksisters) with Skabenga going along.Grant calls him the assistant sales manager.

Kiwi looks like dog Jack we are looking after at the moment. The watermill looks very interesting.

What a delightful weekend, with new discoveries.

Oh yes, the owners of that 18th water mill, are lucky. They have an authentic old building, to show to tourists. :-) And a castle, seen through the trees! Hooray for them. Well, if they don't let anything be spoiled, by the tourist visitors.