Charlie is my friend Nicole's Golden Retriever and a love of a dog. He often brings us into hilarious situations.

We walked around the Hougoumont farm battle field, looked at the renovated farm and 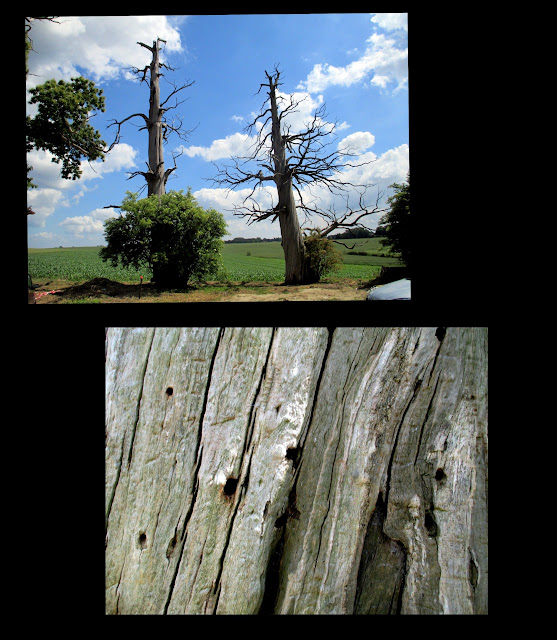 arrived at two still standing trees which had seen the bloody battle 200 years ago and were full of bullet holes from this time. 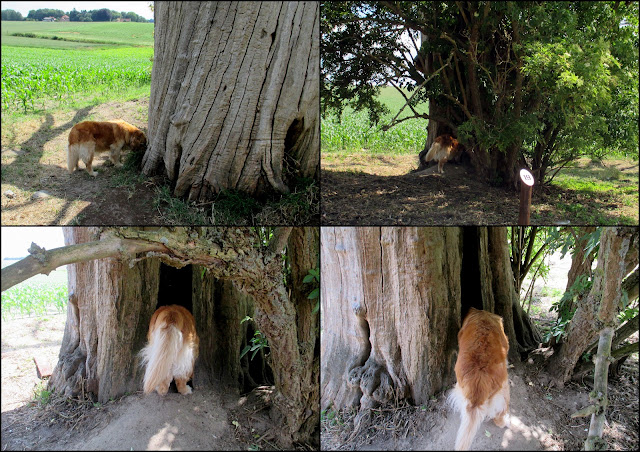 Charlie, as all dogs, loves trees. And discovered a 200 year old hole in it. Of course he had to look inside. You don't find such an old hole every day. Now the entrance was quite narrow and Charlie is not the slimmest dog. 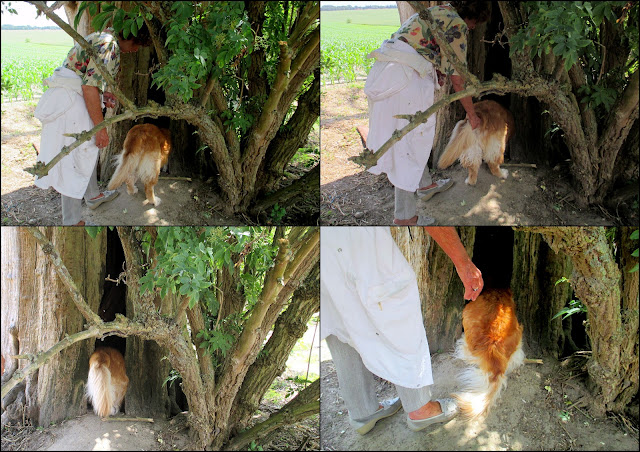 He tried to squeeze himself inside, and Nicole was very worried that he couldn't get out anymore and tried to pull him out by his tail. But Charlie is very stubborn, she could pull as hard as possible, he didn't move, instead he tried even more to get inside. The smells in there must have been delicious. 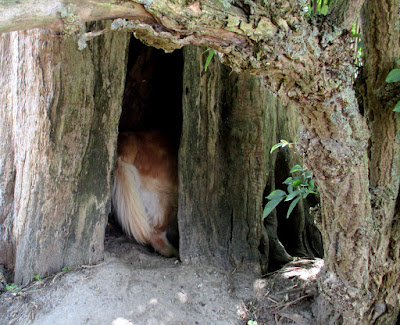 and he made it ! He was in the hole and we stood outside ! We waited and waited, called and called, but there were so many interesting things to smell at, apparently Charlie was very interested in history ! 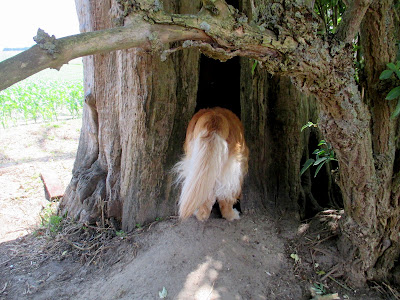 After at least 15 min, he finally had enough and pushing himself out backwards, he managed to get out after a while ! Nicole was so relieved and I called him Houdini !
Posted by Gattina at 09:14

Oh my God, that must have been a scary 15 minutes, silly dog.

I wonder what was so interesting in the hollow of the tree!

Charlie is indeed a HOUNDINI! Their olfactory senses are so intense they smell things from far away and want to investigate! I'm glad he got out safely though.