MY WEEKEND OF MARCH 29

On Saturday morning we had wonderful sunshine and warm weather so Ilona and I decided to go to Ostend at the Belgian coast where Nicole stayed in her flat. Fortunately there was not the usual weekend traffic jam on the highway to the coast, and we were already there at 10.30 am. 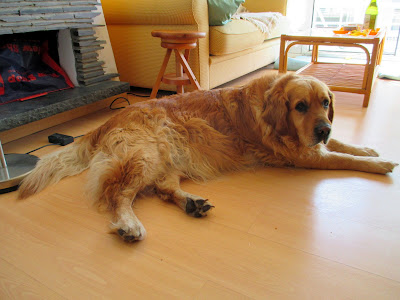 Charlie greeted us with a waving tail and then probably thought we would stay there and sit and he could rest in peace. Unfortunately after an early lunch we decided to walk along the beachfront. He got up reluctantly and trotted to the lift. As soon as he was in the very small lift he laid down and we three vintage girls had to squeeze in a corner.Charlie is rather lazy when it comes to walking.

As soon as we got out of the building and he saw the kids with their skateboards, the bikes and other beach vehicles he growled at everybody moving and was in a bad mood. We had to pull him a bit, although we walked quite slowly. 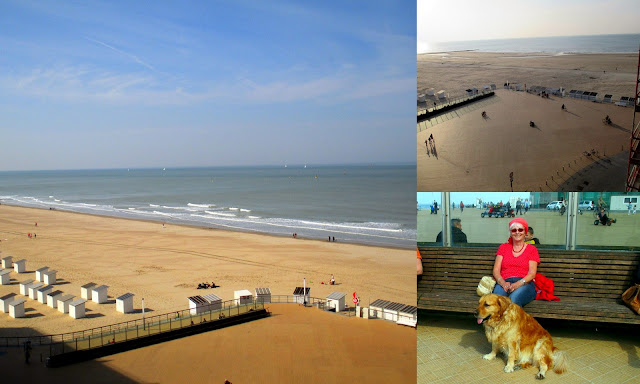 After a little walk along the sea, where the little beach huts were starting to be built up, we sat down on the bench and enjoyed the sunshine. Charlie faked to be exhausted and sat down. No growling anymore. He was admired by everybody. 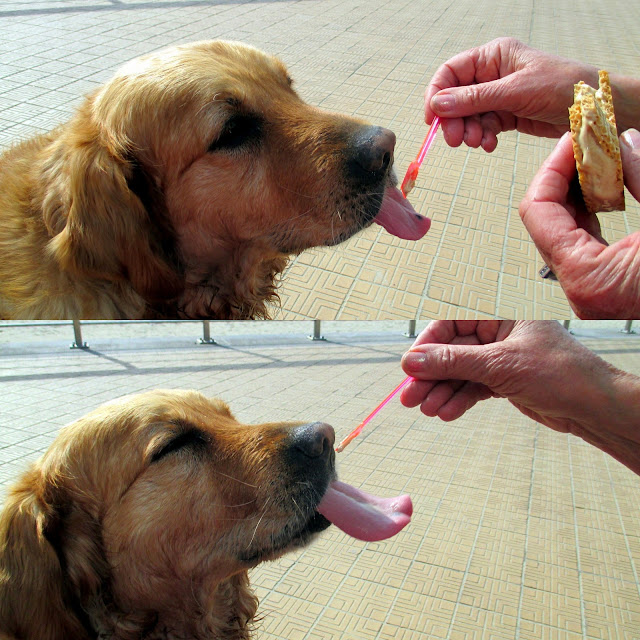 When Nicole bought him an ice cream he was in heaven. 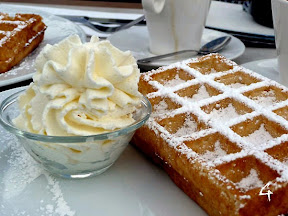 After that we went to "his" café and we had a coffee and a Brussels' waffel with whipped cream. (of which he also got his share). Time flew by so quickly and it was time to return home. We had spent a lovely day.

On Sunday I did nothing special, I blogged and did the laundry. 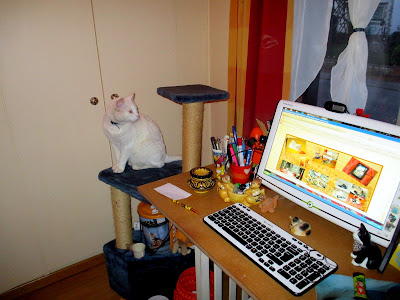 Arthur did the survey of my work and observed our street like Google street view. This night we had changed to summer time but one hour doesn't bother me, and the cats neither. 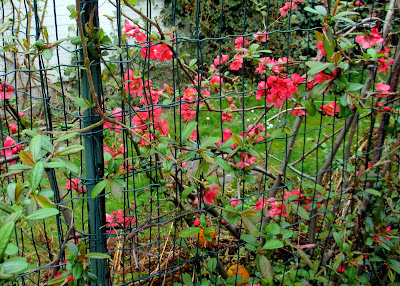 Spring has moved in and there are the first signs in our garden. 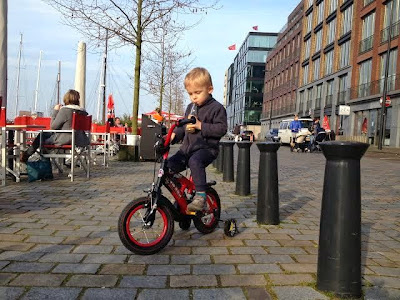 and my son sent me a picture of Toby's first real bicycle !
Posted by Gattina at 06:30

Ah an ice-cream all for himself and Charlie was in doggie heaven! He is quite a character and I love reading about his moods and antics (along with Arthur's!) Ergh, I drooled at your delicious looking and REAL waffle and now I have to have yukky oats porridge for my breakfast! Have a great day. Jo

Charlie has no shoes or socks on, so his paw must be all healed up now.
The little beach huts are interesting. Are they only there for summer? Are they rented out by the hour, the day or the whole summer? Are they just to store stuff while you swim?
Our clocks go back one hour next weekend.

It's hard to imagine Charlie would growl at anyone. Ostend must be quite famous as I have heard of it. Maybe it is an important port.

How fabulous to go for a walk on the beach and enjoy the warm Spring sunshine. That waffle looks delicious!

See, that's what I forgot to get today: ice cream! It will have to wait until another nice day!

Oh that Charlie, what a darling he is. I am in love with Belgian waffles and whipped cream. We get waffles now from Lidl but I am sure they are nothing like the real ones in Belgium.