MY WEEKEND OF JANUARY 11

It had been quite a long time that we didn't have lunch together, Dominique, Nicole and I so we decided to go to "La Pomme" (The apple). 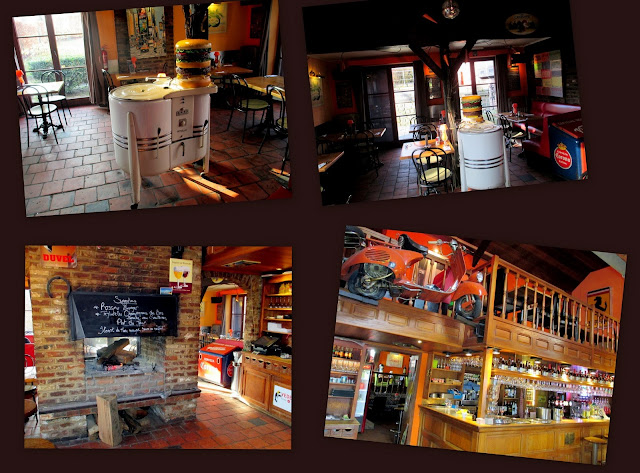 It looks very much like a Pub and the plates served there have American and not Belgian size ! On the neighbor's table a Hamburger was served which could have fed a whole family ! 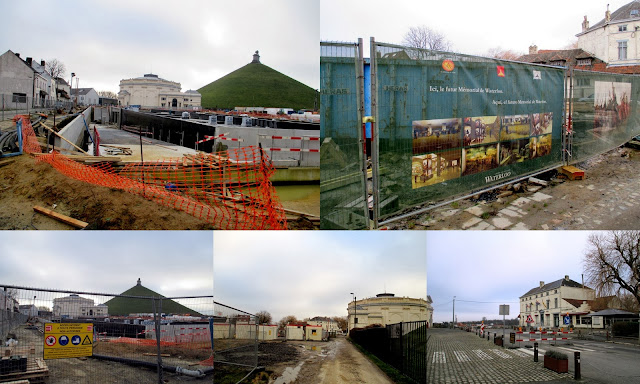 As the weather was nice for photo shooting, I thought I go photo hunting for the theme "Our World" and went to the Waterloo battle field where important renovations of the site are actually done to be ready for for the 200th anniversary of the battle in 2015. The whole site was a muddy mess. They are busy to built an underground memorial of the battle. I could see the entrance through the grids. Nobody was working, but despite the mud, there were tourists who even climbed up the 253 steps leading to the lion on the top of the hill. 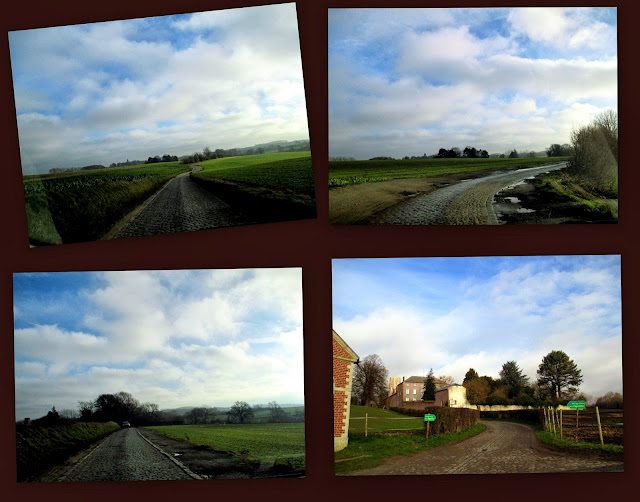 and as I was already there, I thought I could drive a little further on the battle field. It hadn't changed since 1815 and the "streets" were accordingly ! My poor car ! I should have gone there with a tractor. 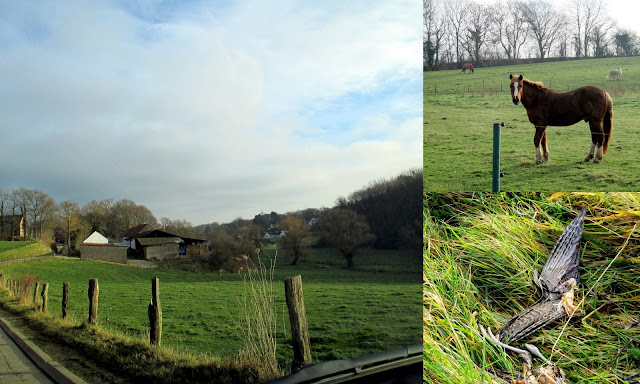 Not a single soul was around, from far I saw a farm, a horse which wondered what I was doing there, but posed for the picture and I nearly stepped into the left overs of a bird which probably a fox had eaten, leaving wings and legs.

Then I was completely lost in the so peaceful battle field. Fortunately Madame GPS is always with me so I pushed the button "go home" and followed the instructions. Don't ask me where I was, there were many very beautiful old farms transformed into houses, and I regretted that I couldn't stop to take some pictures. After a lot of "turn left" "turn right" I finally recognized where I was, I had landed on the main street of Waterloo ! At home I looked at my photos and was very satisfied with the result. My new camera had done a good job ! 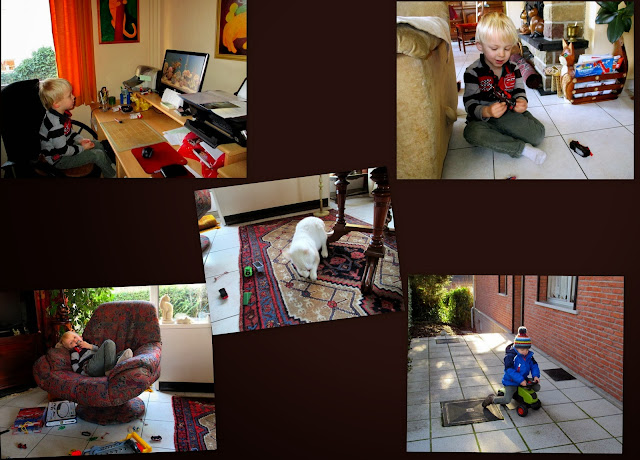 On Sunday we had a short visit from our son and Toby. They had been staying with a friend, near Waterloo and stopped at the way back to Amsterdam. We had lunch together and not only we were happy to see Toby so short after Christmas but our cat Arthur too ! He loves to play with him and the little cars ! The sun was shining and Toby could even run around on our terrace with his little tractor outside. I noticed that he slowly becomes too tall now for the little tractor. 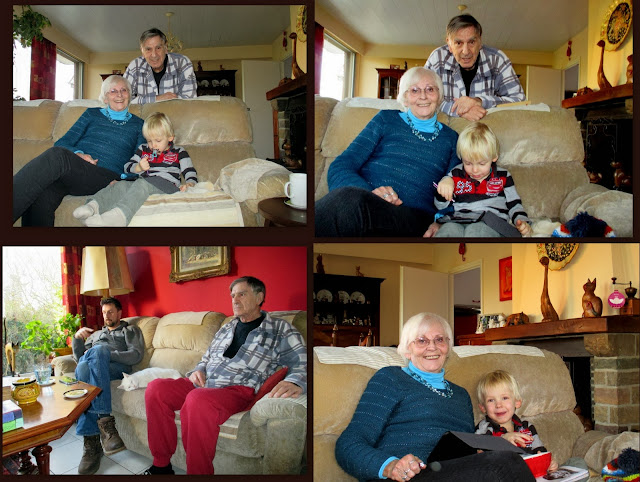 After lunch we sat together and Toby played a little game with a talking cat on my Kindle, was he laughing  ! Then they left around 4pm it takes a little more then 2 h to get to Amsterdam.

We tidied up, put the toys away and then we both disappeared behind our computers.

It hadn't changed since 1815 until Gattina drove her car over the site and made tyre tracks.

I think I drove past Waterloo once in my life. On our way down to France. I would like to visit it some day though. Bit of history and all that...

Interesting to see the Waterloo battle ground being renovated in time for the memorials to come.

Little Toby looks so adorable. But they grow so quickly don;t they?

The Waterloo construction sounds like it will be good when it is finished. How nice to have son and Toby to call in for a few hours. He is getting tall.

Gattina, I loved seeing your scenery and your very happy little grandson. Greetings from CO!