My oldest friend since 1951 wanted to celebrate her 70th birthday in The Hotel Metropole in Brussels. It was built in 1895, and is the only nineteenth-century hotel in Brussels still in operation today. The hotel has 298 rooms and 15 suites. The whole family gathered there, sister, brother, DILs and SILs with their children and grandchildren. I had been in this hotel ages ago, just for a coffee. So it was nice to see that it hadn't changed at all.

In 1890, two brothers with a brewing company opened Café Metropole as a place in the city to sell their beer. The café was a huge success and the family then purchased the building next-door, a former bank, which would become the Hotel Metropole, inaugurated in 1895. Today, the hotel’s reception desk is easily recognizable as the desk of the former bank, a significant historical and heritage glimpse of the past.

The Hotel Métropole in Brussels is perhaps the most celebrated of the Brussels grand hotels, full of glamour and elegance.

Not only was Hotel Metropole one of the first luxury hotels, it was also the first to have electricity and central heating, and is now the only existing 19th century hotel in Brussels. In fact, many heritage tours of Brussels visit the Hotel Metropole to look upon its facades and design.

The hotel’s reception, lobby, and lounge are overtly ornate with Corinthian columns, rich furnishings, gilded details, and glittering chandeliers – all which can still be seen and experienced today at the hotel. Similarly, the meetings and conference rooms of the hotel are decorated in a Renaissance style.

The marbled halls, glittering chandeliers and polished brass could be out of a film set. There’s haughty refinement if you want it. But the hotel is not stuffy: the lively café/bar welcomes all-comers, and pavement café in summer ripples with cool glamour, where faces from the magazines can be glimpsed for real.

The hotel is located on the Place de Brouckère a very busy place in the city center. 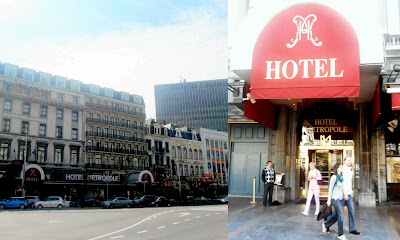 The hotel Metropole and its entrance 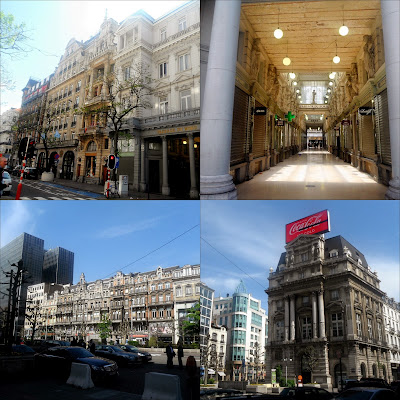 Fortunately the place has mostly escaped the architectural massacre of the end 60th and in the 70th, where many beautiful houses were demolished and replaced by glass blocks. 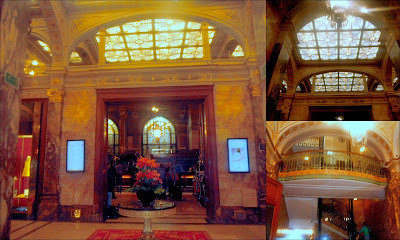 Inside the hotel the time has stood still. The entrance hall is very impressive 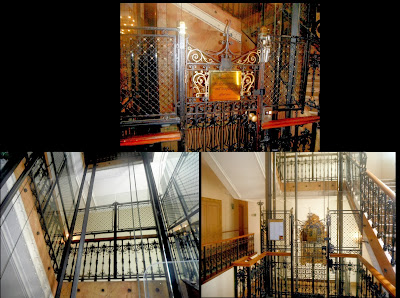 The old elevator is still there with it's grids and cords and snail speed. It is a strange feeling to be in there and taken up slowly, slowly hoping that the cabin wouldn't get stuck ! 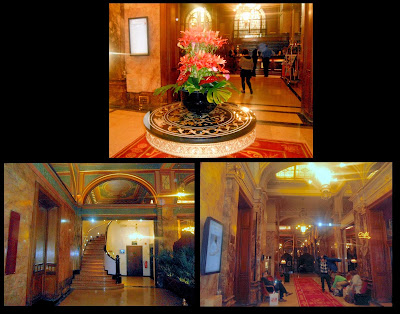 On the first floor is the entrance to a beautiful café 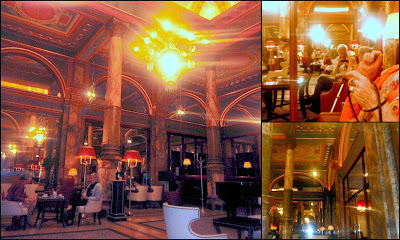 It still has the same look as when it was built, except the furniture is modern. I met there the 89 year old mother of my friend and we had a cup of tea together. 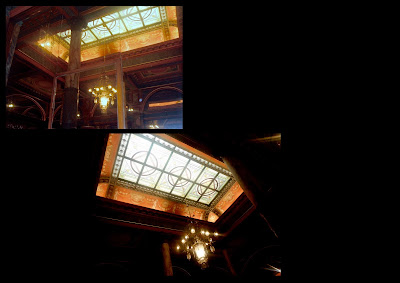 All ceilings are of outstanding beauty.

When I am rich I will book a holiday there.

Hi Gattina .. it looks wonderful - I love those old hotels ... and glad you had a lovely day with your best friend .. cheers Hilary

It's a spectacular hotel. How fortunate that it still exists. Congratulations too on having a good friend for such a very long time. Have a wonderful week. Hugs xx

It looks beautiful. The perfect place to have afternoon tea.

I always love your post and photos,Gattina. Thanks for sharing.

It looks glorious. Maybe for my sixtieth.......

Wow ....really impressive! I'm glad such old buildings are still up, they remind us of our history!

Absolutely stunning! Thank you so much, Gattina, for sharing the history of it with us, as well as your wonderful pictures!

It's certainly worth visiting this hotel. And it luckily escape the fate of other old and grand buildings in order to make place for modern buildings without soul.
Thanks for your comment and wise words.

What a fine hotel!! Boom & Gary of the Vermilon River, Canada.

What a wonderful old beauty! I would love to stay there. It would be like going back in time.

So beautiful - I have to go there!

What an incredible place!! I'd love to have lunch or dinner there! Really great shots, Gattina!!Hope your week is going well!!

I would like to have the money to embrace that style of living!

It is indeed a very impressive building.

Beautiful hotel. And now the guest list includes you!!

I love old buildings and this would be wonderful to see
Here in BC they outlawed door knobs Now it is doors with handles.
One would think they had better things to deal with lol

Always a pleasure to take a trip back to Bruxelles with you Gattina. Even though I lived there for eight years and have visited the Metropole on several occasions, I was never lucky enough to stay there - one day!
Wren x