1. Often my weeks are very boring, which hasn't been the case at all this week ! 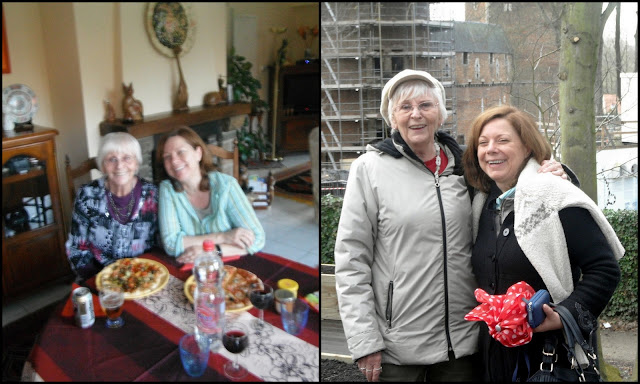 My friend Claudie came over from the South of France to spent a few days with me.

When I had picked her up at the station we had a Pizza at home and a lot to chat ! The next day, we visited three castles ! It was possible, because the first one was closed for renovation, the second one we only saw from outside 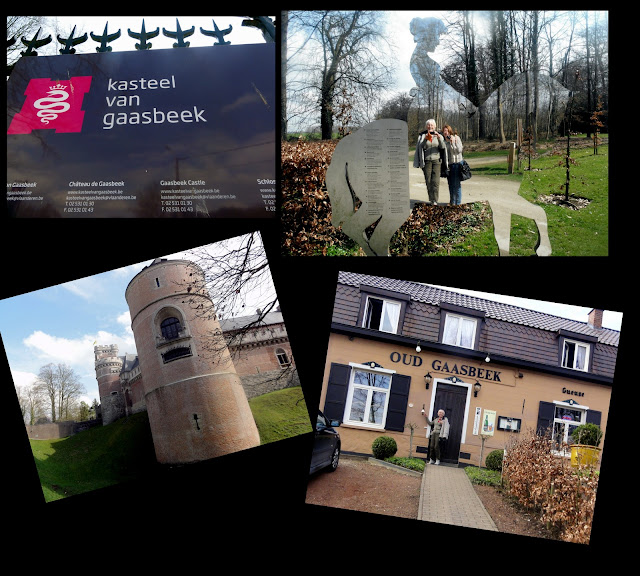 and finally the third one was closed on Mondays ! You can see all the castles and pictures in the post below. 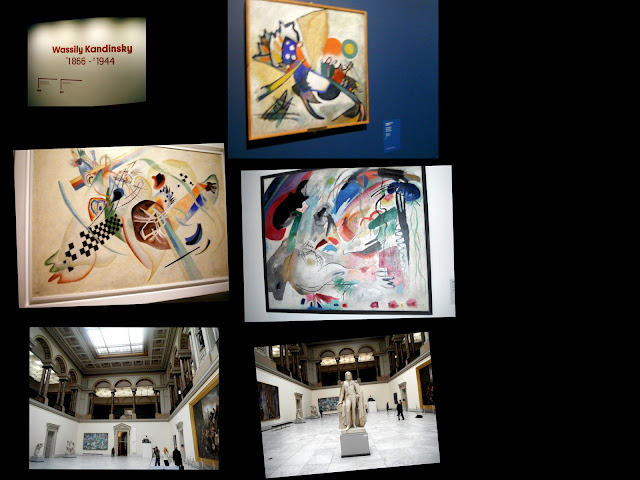 The exposition itself was quiet disappointing and the entrance fee very expensive for what we saw from
Kandinsky's paintings. But the inside of the Royal Art museum is very beautiful. After the exposition and the visit of the museum, we needed a rest and had a drink inside a part of the Royal Palace in a café with a little garden. It's beautiful to sit there with parts of the palace around and we almost felt like two princesses ! 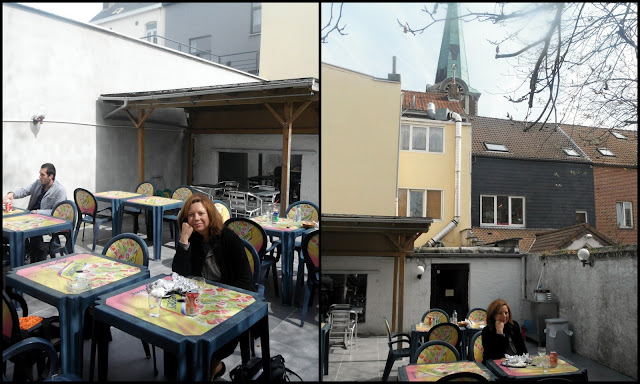 Before we went went to my friend Nicole's birthday party in the afternoon, we had lunch (again) in the little Greek restaurant. This time it was so warm, that we could sit outside ! 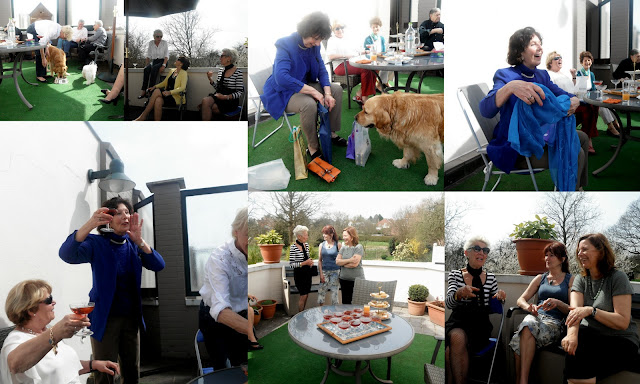 The party was great ! we had Champagne and little snacks and then the birthday cake with coffee. Ilona was there too sitting besides Claudie in the middle. The weather was wonderful and we could sit on Nicole's terrace. Even Mr. G. made an effort and joined in meeting with an old friend and colleague who was also there with his wife (the one who serves the dogs !) We really had a great time together !

5. My oldest friend, I know her since 1951 (!) wanted to come from Germany just after Claudie left to arrange for her 70th birthday celebration in Brussels. Hotel, restaurant etc. Fortunately for me they called me that they couldn't come ! So I had a relaxing day and only mowed the lawn (Oscar the Robot did) while I was watching TV !
Posted by Gattina at 06:00

You had a very social time. It is good for the spirit.

What a nice week and also the weather is really improving!Glad that you enjoy the company of your French friend!
big hugs
Léia

oh what a fun week it looks like you had!! my oldest daughter (a graphic arts major in college) would LOVE to visit the Royale Art place....and having lunch outdoors is one of my very fave things to do! I hope you enjoy a wonderful spring weekend!!

How neat to have a friend visit! Looks like you had some great times together! The castles and art museum look like they'd be fun to go to, as well as the party.

Sounds like quite a week! I love looking at your pictures. They are fabulous!

You have had a busy week Gattina. Sorry to hear you were disappointed with the Kandinski exhibition, but the social occasions certainly seemed to be full of fun.

Oh, your time with Claudie looks like such fun!

Castles, gardens, museums...sounds like a great time to me!

Have a great week ahead.

Such a great time we had together! I am now exhausted after cleaning Mélissas'studio! But now it's ok with that! And I can relax on the sofa and read your nice blog!! Love ours adventures in Brussels!

nice art museum. That's where I always like to go, when I'm in a new city! {:-Deb

What a week. It looks like you had tonnes of fun.

Wow! You seem to have one big party out there. Champagne, art, museums, birthdays, royal palaces....
life fit for a Queen lol

Wow, you did have a busy week. But all the activities sound like so much fun, especially eating at the palace and on the patio.
Hurray for Oscar helping you out with your mowing :)

So much to see and do where you live.
I think Charlie loves parties too.

It sounds like you had a very busy week! Lots of fun though. Next week I will be having friends over. Can't wait!

Oooo.... would love to visit the castles too. You have quite a steady flow of visitors recently :P

Aren't you having lots of fun with family and friends.

What fun to have a friend come and visit! Looks like your week was quite full with lots of things to do and share together.

Visiting a castle is on my bucket list of things to do. Don't know if I'll ever get to one seeing as Canada is not known for it's abundance of those. :v)

What a fun visit!! and I love castles.

Busy days have kept me from blogging, not even the photo hunt got a minute! I should plan better.