IS THE YETI STILL ALIVE ?

When I first saw a picture of  "The Yeti" (or Abominable Snowman), I thought he looked like a tall ape.  Apparently the Yeti lives in the Himalayan region of Nepal, and Tibet. Stories of the Yeti first emerged as a facet of Western popular culture in the 19th century.

According to H. Siiger (whoever he is)  the Yeti was a part of the pre-Buddhist beliefs of several Himalayan people. He was told that the Lepcha people worshipped a "Glacier Being" as a God of the Hunt. Apparently the Yeti carries a large stone as a weapon and makes a whistling swoosh sound, I don't know how that sounds, maybe he is asthmatic.

There are many stories about the Yeti who saved people, or who scared them to death, but nobody especially the death have seen him from near.

But still even in our century the Yeti seems still to be alive ! He must be very old ! On 20 October 2008 a team of seven Japanese adventurers photographed footprints which could allegedly have been made by the Yeti. The team's leader, claims to have observed theYeti on a 2003 expedition and is determined to capture the creature on film. If he is not lost in the Himalaya, then he is still busy to run behind the Yeti and tries to film him.

Even a group of Chinese scientists and explorers in 2010 proposed to renew searches, I sincerly hope that the Yeti was in a good mood to welcome them. So far nothing was reported.

In 2011 during a conference in Russia, participating scientists and enthusiasts declared having "95% evidence" of the Yeti's existence. However, this claim was disputed later apparently by the 5 % who had some doubts.

Now it's up to you to believe or not in the existence of the Yeti. Pessimists imagine the Yeti like this 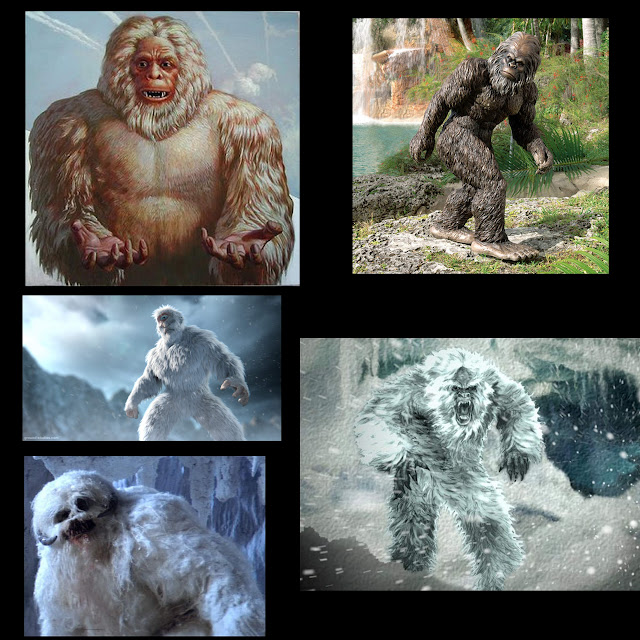 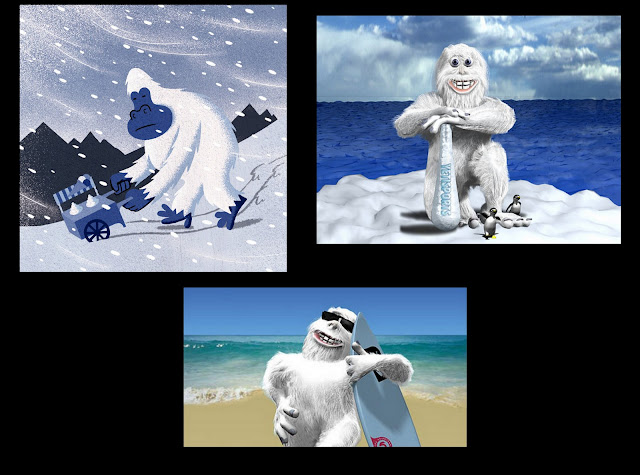 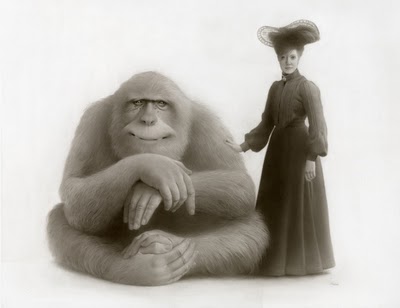 And I found a picture of my Grandma with the Yeti in our family album !

Love the pic of your grandma! If there is a yeti I hope nobody will find him so that he can live peacefully!

I agree with Claudia - I hope nobody finds him and then he'll live peacefully. But I believe there must be a creature big enough to mystify and elusive enough to awe people and to make us wonder at its existence.

I was thinking of Big Foot as well, but you know when I looked at the photos of Yeti I think of the Abombable Snowman in "Rudolph the Red Nose Reindeer", do you see this, too? Or are you not familiar with that children's Christmas animation? Really good "Y" post! Thanks for sharing, my friend!

Every now and then, I think I see Bigfoot...at least I can smell him closeby when I do the laundry!!!

Just last week there was a "Big Foot" sighting in Provo Canyon which is very close to where I live (it's the canyon that Sundance Resort resides in and also a very fancy rehab facility for celebs).

The video is interesting, it's worth watching on you tube!

I hope I never meet one in real life!

I sometimes see the Yeti driving trucks here in Malta :) Well some men sure look like him sometimes - especially their driving manners.

I see him in crossword puzzles all the time! ;>)

If the Yeti does exist, I sure hope it's the friendly one!

Hahaha - I love all the pictures you found of the Yeti! :)


I've either heard of Yeti or Big Foot sightings. Now I know what a Yeti looks like! Your grandma sure was brave to pose with one!

There's a tv show I like called Destination Truth. They look for cryptozoological creatures such as Big Foot or Yeti (among other things). They have uncovered evidence that might point to an existence of these creatures. On one show they found HUGE footprints. On another, they found fur that they sent out for DNA testing. This is where they match the DNA to a database of 40,000 other creatures to find a match. It came back without a match.

The return of the Yeti!

I've always been intriqued with Mr. Y. He seems like a misunderstood chap!

Thanks for the fascinating link this week.