This meme helps you to remember what you did on the weekend of 11 August.

I am definitively back to afternoon coffees instead of 10 days tea time. On Saturday Christiane, one of my painting courses friends came for a visit, she wanted to see my UK holiday pictures. We sat in the garden, it was finally summer and had a nice cup of coffee. She didn't want to drink tea, although I had brought a box of the good English tea I was used to drink with my friend Ann. But Christiane doesn't like tea !

I also went to Ilona, we first wanted to have an ice cream somewhere in a nice café outside, but then decided to stay on her terrace and had a Vanilla icecream there with a hot self made blackberry/rasberry sauce. It tasted delicious. We chatted the whole afternoon, there were so many things which had happened while I was away.

On Sunday Nicole asked me if I wanted to go for a walk with her to Groenendal, a wood around Brussels, to a place which I didn't know. She always goes there to let her dog Charly swim, because there is a nice pond there. Dominique joined us, and finally we didn't walk there at all, sat on our seats which we had taken along and watched Charly playing in the water. 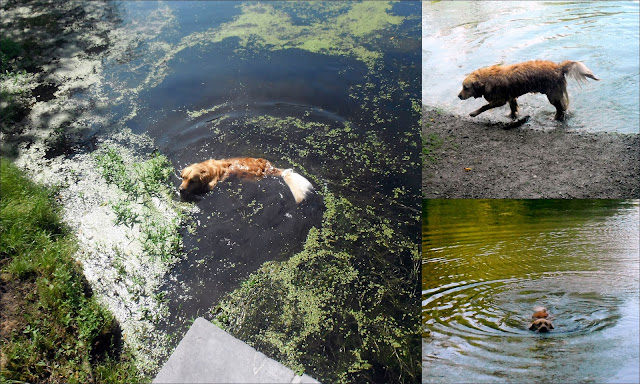 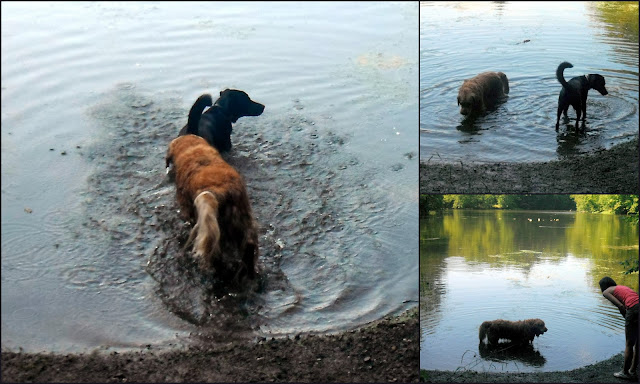 But he met another dog, who had two balls, so he stole one and then didn't want to give it back when the owner wanted to leave ! 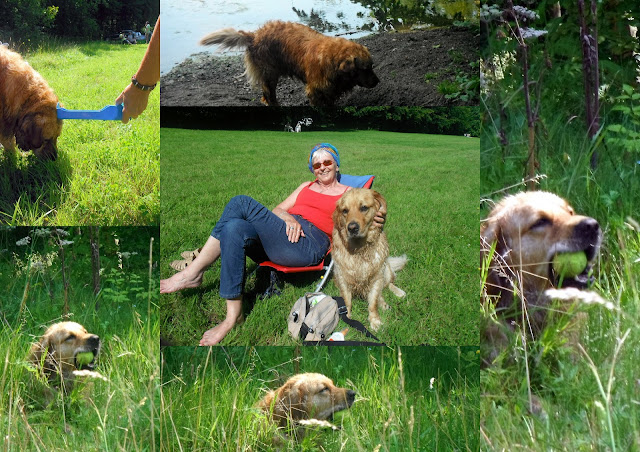 after a little drink out of a special bottle for dogs, he found another ball somewhere in the grass and chewed on it. 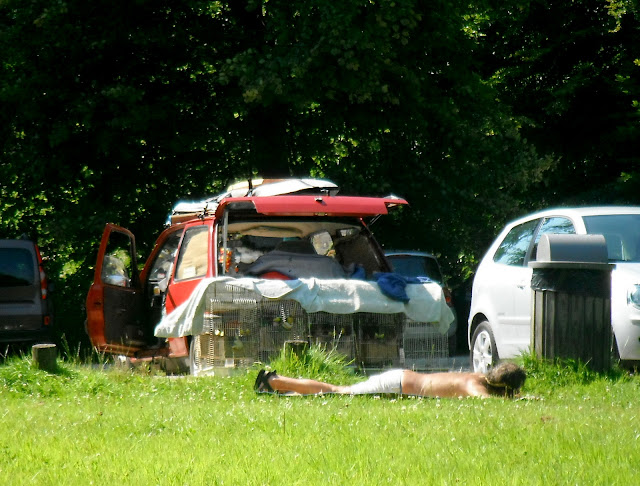 We also met a homeless (at least that's what he told us) who sleeps in this little car together with 5 huge bird cages. When I wanted to take a picture of the birds, he refused and said he has his reasons ! We found that rather strange, and then Dominique recognized the birds, they are worth 250 € (307 $) per couple !!

He sleeps with a fortune ! We thought he sells them probably.

When we had enough sunshine and Charly was more or less dry, we went to Dominique for an icecream ! There Mr. G. couldn't resist and came too ! 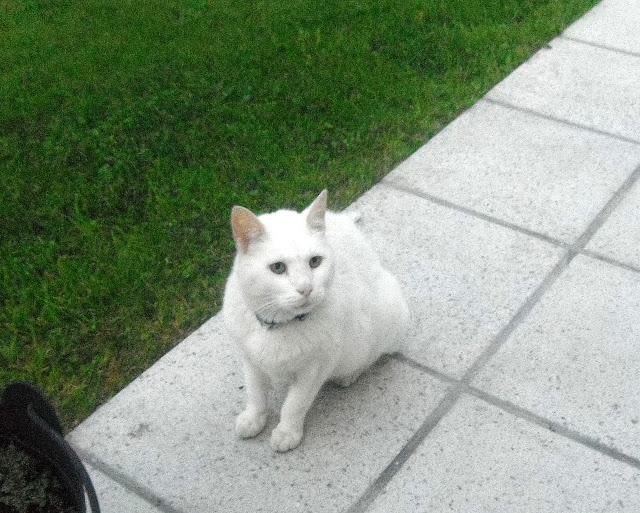 Sir Arthur wasn't bothered at all to find a dog in the neighbor's garden, came over too to check on him, but Charly isn't used to cats so he wanted to play with Arthur and run after him. Arthur just moved on the other side of the hedge and looked at Charly through a hole !

It was too funny ! Unfortunately I didn't manage to catch a good picture of them.

A nice and sunny weekend. Almost like holidays !
Posted by Gattina at 06:00

Labels: What did you do this weekend ? swimming Golden Retriever

Why are your weekends so much more interesting than mine? I think I need to find a friend with a large dog. I will start looking.

We had such terrible weather yesterday, and now Jack's peaches are ruined for this year! I feel so sad for him.

I love Arthur. He always looks very cheeky. Glad you're enjoying your nice warm weather and the ice creams :)

I was out with my boyfriend who visited me from Shanghai... I wish he lived closer to where I was so I could see him more often :D