On Saturday we were invited to a birthday lunch of a very old friend whom I know since 1966. We have worked for 10 years in the same company and became friends. He married a French girl 2 years later than we married, his first son was born 4 days later than ours. And now he reached the proud age of 70 !

The lunch should be a surprise and his wife had organized everything together with the youngest son. We should all arrive 15 min earlier than him. 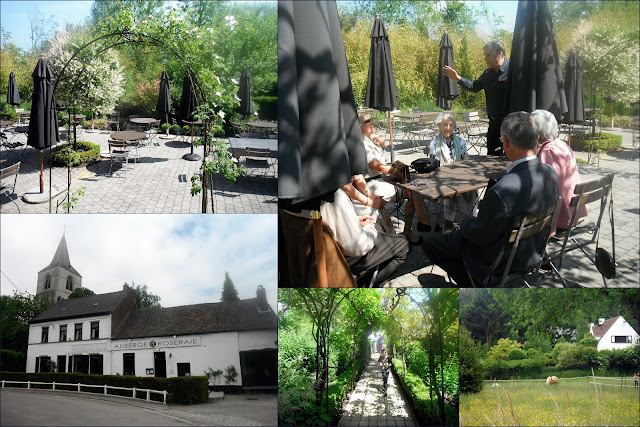 The restaurant was an old farm, very beautiful, with a nice garden and surrounded by woods and fields with horses. The weather was beautiful and we could have our aperitif and coffee outside. On the above picture you can see Mr. G. entertaining the mother in law and friends. 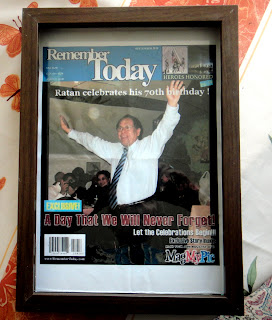 I made this picture myself and had put it in a frame. I think he liked it very much. 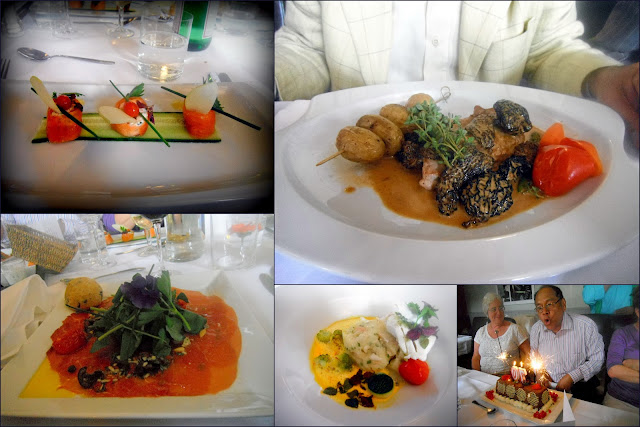 The food was delicious, there were two menus for choice, one with fish and the other with meat, and of course the birthday cake ! 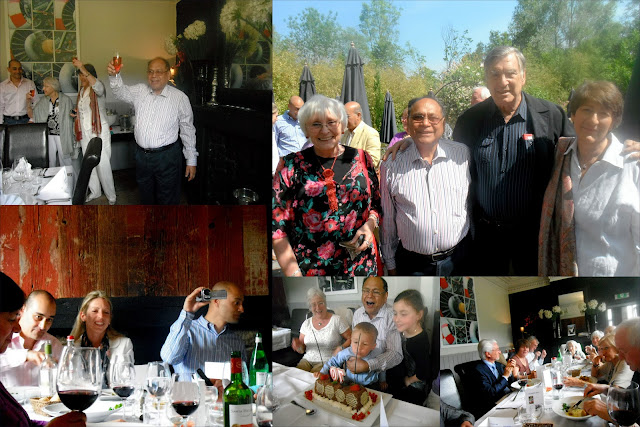 and here we were all together, his sons with girlfriend and wife, the grandchildren, the parents of his daughter in law and friends.

We talked about old times and laughed a lot. He is a very cheerful guy and loves to joke. We sang I don't know how many times "Happy Birthday to you " and he sang "to me". It had been a wonderful surprise for him, we all laughed when he entered the room and saw his face ! He only had expected his sons and the parents of his daughter in law. 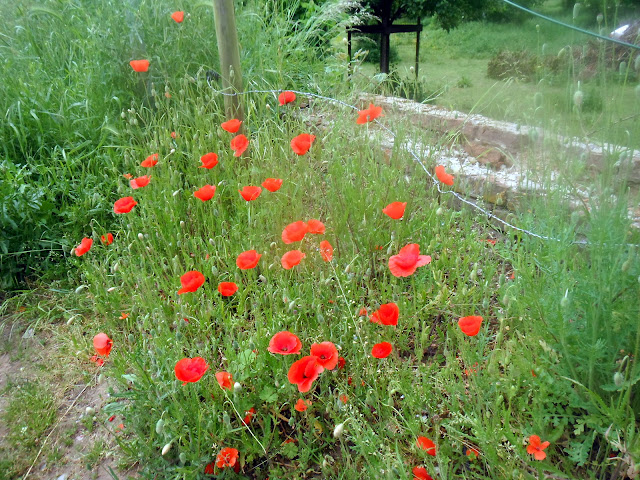 Outside I could take a picture of these beautiful poppies before we returned home at 5 pm. Long time I hadn't sat 4 h at table ! But it was so much fun that time flew by.

On Sunday when I opened the shutters it rained cats and dogs ! The man who was supposed to finish the joints on our terrace, showed up at 8 am just to tell us that with all this rain he couldn't work.

I sorted out my birthday pictures and after lunch I took a blanket and lay comfortable on the sofa to watch the Queen's Jubilee. 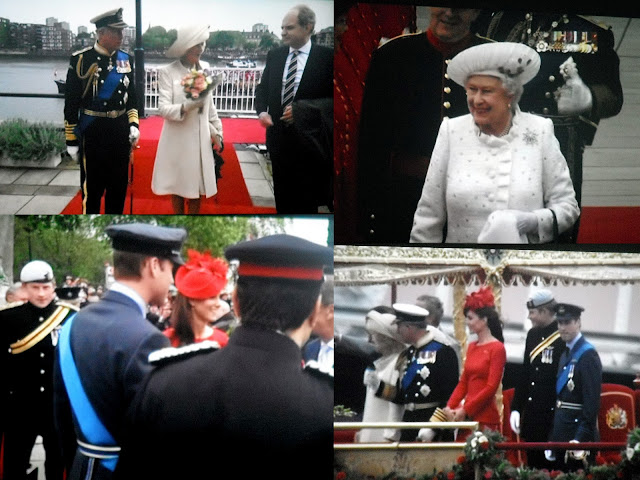 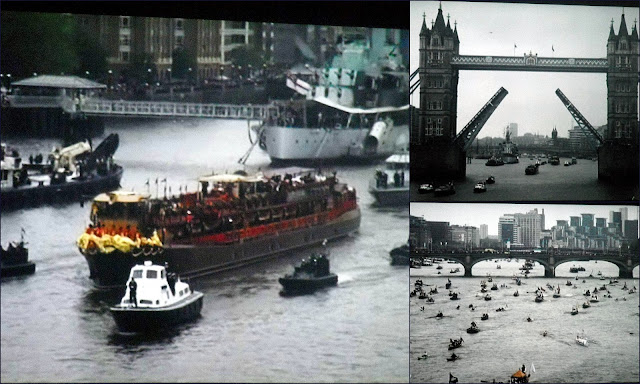 Unfortunately it started to rain in London too, but I could take my pictures on the TV and stayed dry. While I was watching I called my friend in Eastbourne (UK) and we commented together, because she was watching too. Isn't modern technology great ? I am in Waterloo she is in Eastbourne and we watched TV together. The pictures are not of the best quality, but at least a nice souvenir.

The evening ended as so often with Dominique and Inspector Barnaby who this time had a glass of cider from a barrel which contained the corpse of a man and poor Inspector Barnaby had an indigestion and was sick.

Labels: birthday party, Queen's jubilee, What did you do this Weekend

My post is up. So many happy emotions, but also sad ones as we attended a funeral for our friends young daughter, who died of ovarian cancer.

What a lovely post of your friend's party and about the Queen. I also saw the movie "The Queen", in which she was first quite a cold lady. Lateron she showed that she was also wise! I believe it is a great movie!

I bet the food at your friend's party was better than the Queen's! :)
God bless you!
Cezar

What a weekend you have had! A nice picture of the poppies. They flower in May here and now have dried up :( I love them.

What a nice birthday! The menu looks delicious! I didn't watch the jubile cause I was very tired after the WE of theater! And today with the pupils at the swimming pool it's not better!

What a great week end you had :)
We also went shopping. I visited many stores to get e little of this and a little of that and time flies.
I didn't see the jubilee but we will have a full day of it tomorrow on TV.
I thought the Queen and Prince Philip did a marvelous job standing in the cold and wet weather for three hours. They are too old for this sort of thing and seems Prince Philip suffered as a result. But the Queen is still going strong. God Bless her Soul.:)
Yesterday I made stuffed vine leaves and today I will make sushi.