This week I had nothing to show or tell about, so I joined Susanne at Living to tell the Story for the Friday's fav 5.

1. The summer started officially on Monday of this week. I had to check it twice because we had 12 ° (57 F) and I had to put the heating on. It also rained cats and dogs. I just wanted to do like my cat Arthur, sitting on the heating and then nap the whole day ! 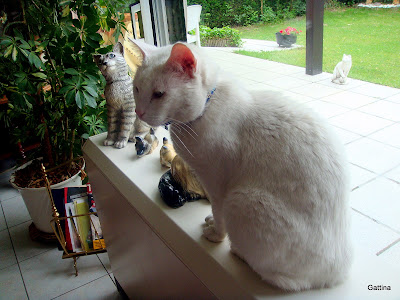 2. I found a letter in the mail informing me that the water would be cut off from 9 am til 5 pm. Of course this had to happen my cleaning day. I filled up the bath tube, buckets and pots to be sure to have enough water for the whole day. After only 1 h the water was running again and I remained with my tube and buckets. 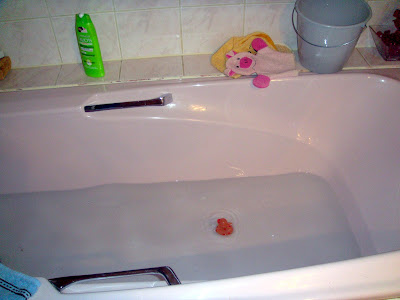 It took 4 days to empty the tube by throwing a bucket in the toilet after use.

3. Last weekend I went to the Waterloo Lion to take some pictures of the preparations for the reconstitution of the battle. 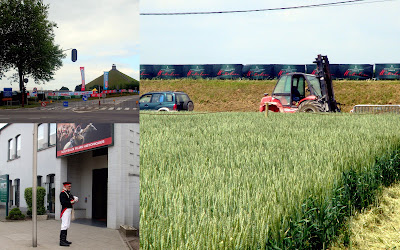 It was a big preparation, the biggest one ever with tribunes for the VIP's and people with well furnished wallets. Soldiers in their historical costumes did shopping in the supermarkets before they were "killed" in the battle.

4. Of course I couldn't miss the Royal Wedding which took place in Sweden 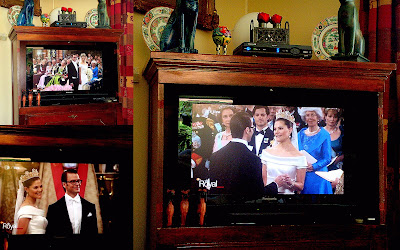 and armed with tissues I watched the whole ceremony from beginning till the (happy) end. 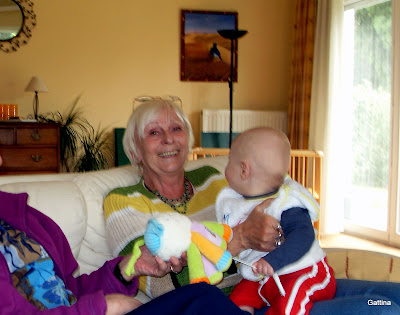 I had met a friend I hadn't seen for quiet some time so she invited me to see her little one year old grandson, which I did as you can see, training myself for the grandma job in November
Posted by Gattina at 06:00

Your last photo is just priceless my friend. So were Rosie and Arthur's relatives being pelted down from the sky above? LOL And I've done the same thing with my tub and stuff only to just empty it soon there after. I guess it's better to be safe than sorry. Do the cats and dogs bounce off umbrella's over there? LOL

This is great Gattina!! Children are the best medicine :)
I look at your cats and then at my poor one who has grown so weak and bony these last few months. He was always such a strong cat. Now at 18 years of age I think his time is coming.
He still fights with the raccoons and they still give him the respect he deserves lol

Hi Gattina!
I would have liked to see the Swedish royal wedding, but I haven't got satellite TV so I don't think I could have seen it.
I had a really good look on youtube for wedding footage, but the only stuff I found was in Swedish only with no subtitles ~ what with my German I thought this would drive my old friends berzerk!
The fields round Waterloo look beautiful. I miss the countryside. So those must be fields round by which Napolean fought the Battle of Waterloo?...

I bet the Royal wedding was spectacular. We hardly had any news of it here. Our news consumed with news about the G8 and G20 summits, which probably nobody else has heard anything about. LOL Practicing to be a granma? You'll LOVE it!

Good to see you are getting in some baby practice so when you become an Oma you are all ready!

Arthur sure knows all the best spots in the house for all weather! :)

Your friends grandson was certainly something to show and tell about he is a cute. I loved the wedding too. It had a happy ending, lets hope the marriage is happily ever after too!!

I'm glad you joined FFF this week! How fun to be part of the Waterloo battle 'brigade'. Congrats on the upcoming Grandma role! It's good to get in some grandma practice ahead of time :)

That's exactly the weather we were having up until a few days ago. I think Arthur has the right idea! :v)

Sweet picture of you practicing to be a grandmom!

Thanks for joining in with us, Gattina.

You make the mundane things of life seem so interesting. You have zest!