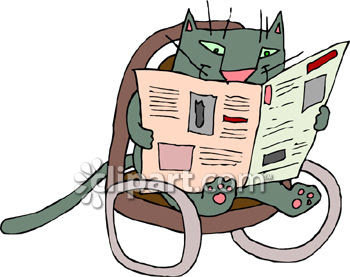 In Belgium, a 70 year old woman who fell off her bike got an invoice of 250 € because her blood had spoiled the street and the firemen had to clean it.

In Germany a young couple who ran out of petrol and didn't have money for a taxi, called the police pretending they were carjacked, and were driven home by the police. Unfortunately for them it was discovered later on. 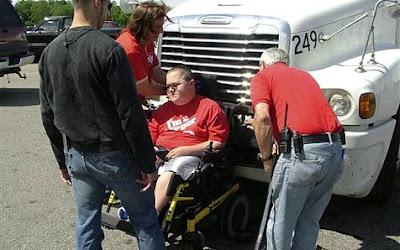 In the USA a truck driver pushed a wheelchair miles over the highway until the police stopped him. He hadn't realized that a man in a wheelchair whom he had touched at a petrol station was attached to the motor grid of his truck. The man took it easy he only complained that his soda had spilled over him.

In China A married Chinese businessman who could no longer afford five mistresses held a competition to decide which one to keep.But the contest took a fatal turn when one of the women, eliminated for her looks, drove the man and the four other competitors off a cliff, Chinese media reported.

Feminists around the world have reacted with horror to a new line of lingerie that comes equipped with a GPS tracking system.The lingerie combination set consists of lace bodice, bikini bottom and faux pearl collar, with the GPS device nestled in the see-through part of the bodice next to the waist. Lingerie maker Lucia Lorio of Brazil says her design targets the ‘modern, techno-savvy woman’.(suggestion for a Christmas gift) 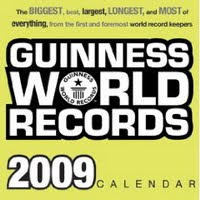 The 54th edition of the Guinness World Records book has been released. In the 2009 version we can find a few interesting world records such as:
The World’s Oldest Bridesmaid (105 years old)
The Most Expensive Ice-cream Sundae (£12,000)
The World’s Longest Dog, with a nose to tail length of 2m 32cm (7.61 feet)
Oldest living person (114 years and 115 days – Edna Parker, US)
Largest underwater press conference (61 journalists)
Worlds fastest talker (655 words per minute) I think I should apply too
Posted by Gattina at 06:00

Those are all wild. But what was that Chinese man thinking? No good comes when women are made to go into competition!

Oh dear! That was probably the wildest ride that wheel chair person EVER had!

Do you talk fast? How will I EVER keep up?

that poor guy in the wheelchair! I would have been wet in more places than where the soda spilled!