Sometimes you are looking for something and you find something you completely forgot about. This happened to me this week. I found an old photo album which I have gotten together with two bibles when my American uncle died, my aunt had died 4 years before. It had been sent to me by the church, who inherited the house instead of me, they had convinced my 94 year old uncle to change his testament and I could nothing do about it. You can imagine that it left a bitter taste in my mouth.

But this has nothing to do with the love story between my aunt, my mother's sister living in Germany and my uncle who was an American from Madison/Wisc.

I think this was already the beginning of scrapbooking in the 50th !
Isn't it sweet how she presented her decision to follow him to the States ? 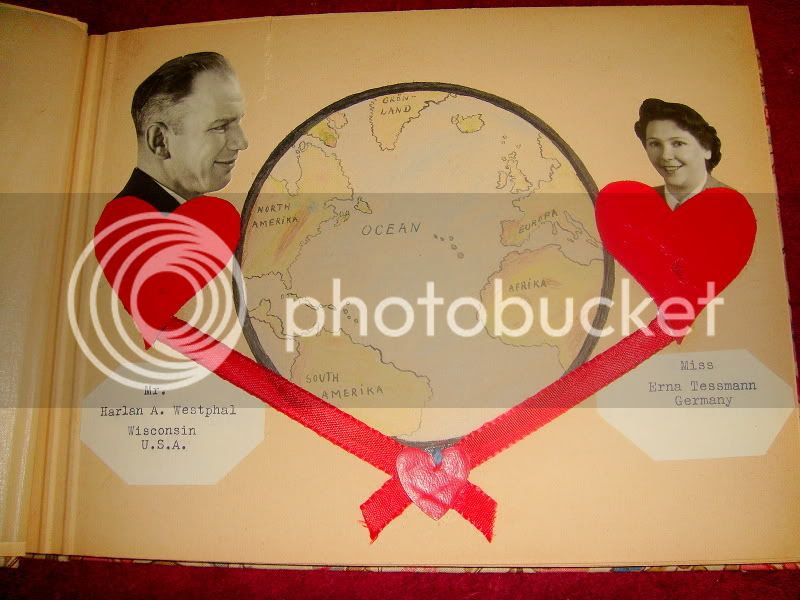 they wrote each other letters 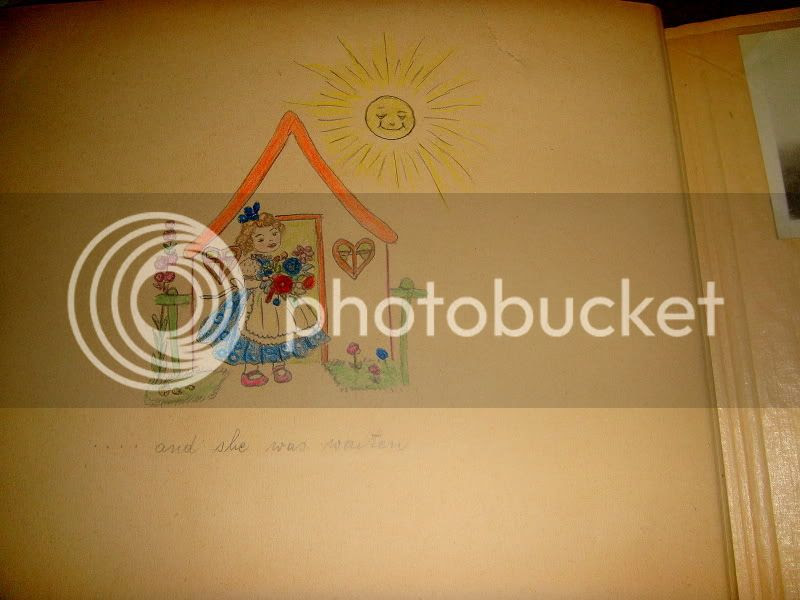 .... and she was waiting (she did all the little drawings herself) 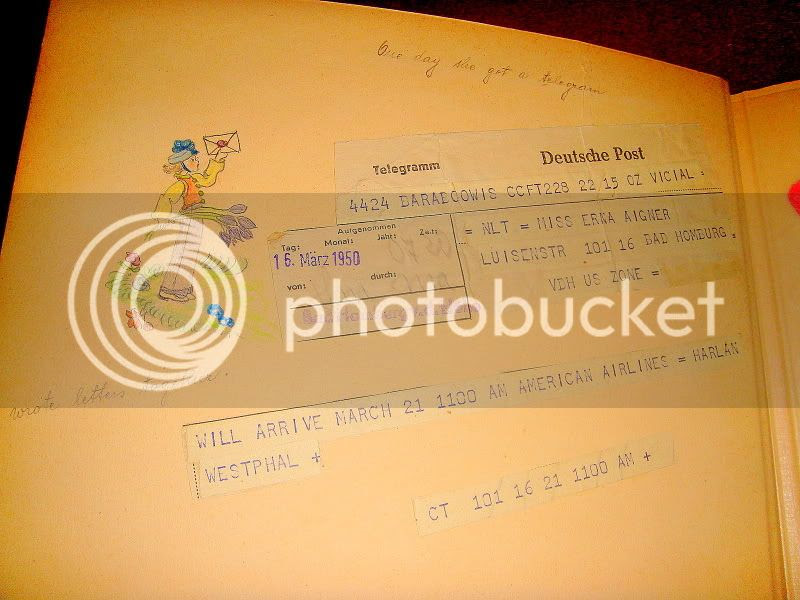 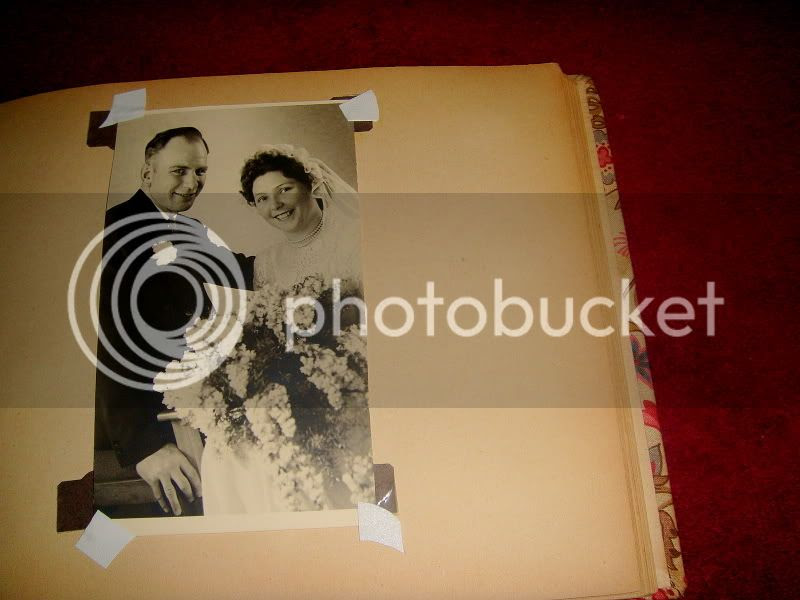 and then they got married in Germany. As soon as she had gotten all official papers she took the plane and landed in New York. Ellis Island had just closed since a week ! she was lucky ! 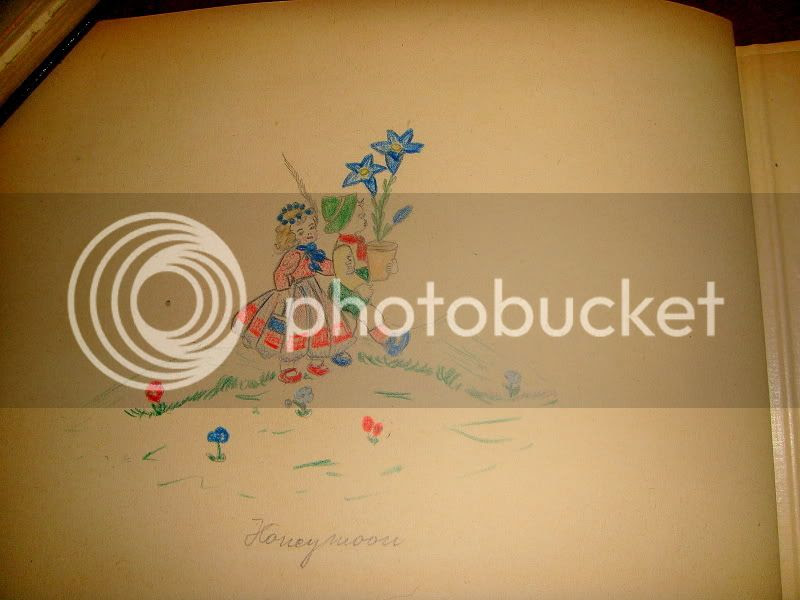 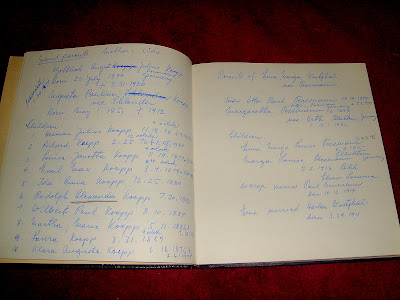 That's when he discovered that they came both from the same family ! Their grandfathers were brothers ! His grandfather had immigrated to the States in 1830. 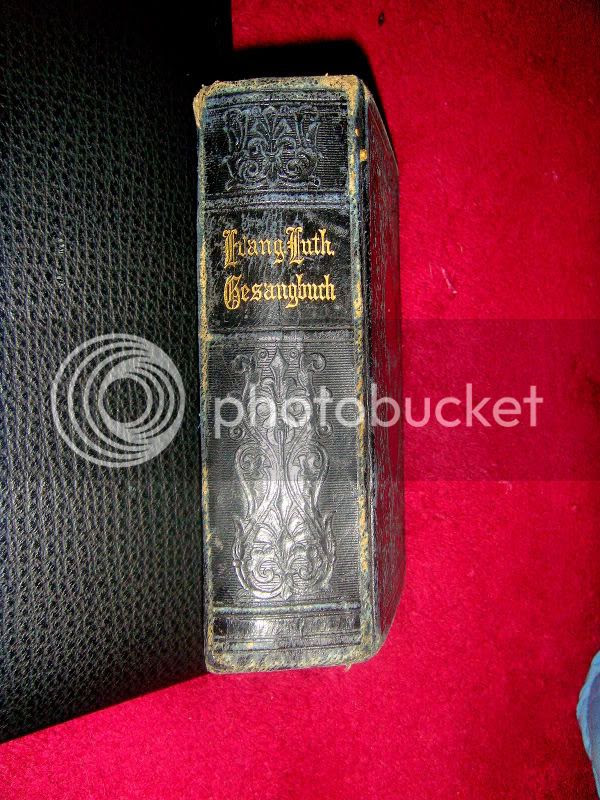 Believe it or not but this service book was published in Wisconsin in 1902 still in German writing style ! 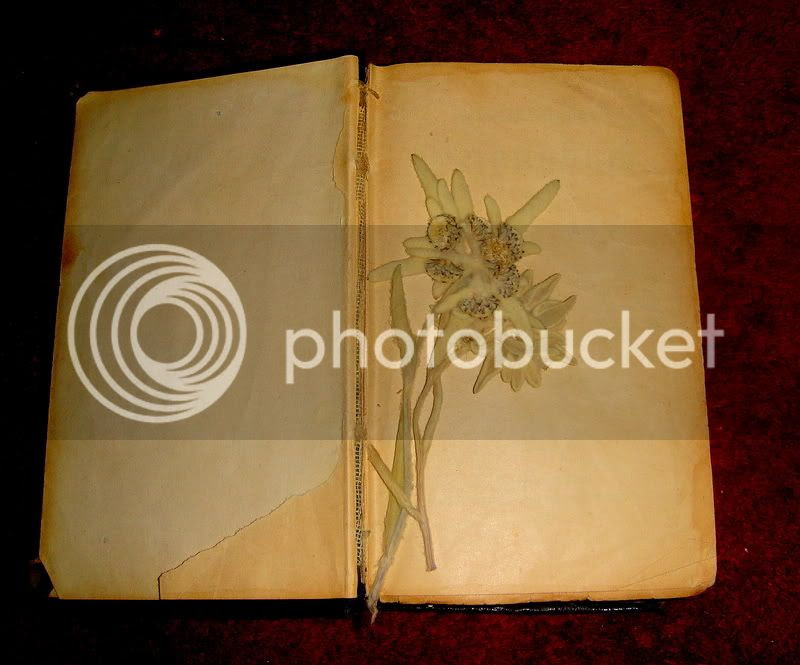 When you open it there is this old Edelweiss on the first page which had been glued there by a certain Mrs. Ludwig Westhphal. Probably his mother. 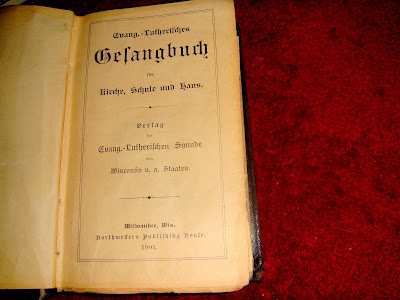 those are nice things to have... I have a prayer book of my Grandmothers written in german too
Sandra

My goodness...at least you got these family heirlooms. Too bad about your uncle's house.
The scrapbook is sweet.

What great heirlooms of your Aunt and Uncle! How lucky for you to have them!
Thanks for sharing Gattina!
Love, Ann

what a beautiful story.. i like that she documented it creatively in a scrapbook ;)

sorry to hear about the house though ;( i hope they turned it into something useful like a home for children or function house for youth/poor families.. that would have been worth it..

What a wonderful book - a real treasure, Gattina!

What a treasure you have! Pass it down to next generations, these are things that must not be forgotten. Thanks for shaing.

What a treasure. Having this instead of the house, for me, would be worth more than just wood and glass of the home...this stuff is PRICELESS!!

My show n tell is finally posted. It's not much this week, but it's something. LOL

Isn't that just amazing. What a fabulous post, Gattina. That's a real treasure you have there, part of your family's history and to think they were distantly related...totally fascinating stuff.

Dear Gattina. Oh what a beautiful treasure in that scrapbook you have along with some family history ..

How neat to see that scrapbooking isn't a "new" thing. That one is surely a treasure.

What a TREASURE!!! WOW! Oh Gattina... what an interesting story too! Darn! If you had gotten that house I might have a MUCH easier time to visit you!

How wonderful... I love the photo book... sorry about the house!
Thanks for sharing...
Just A Gal...

Wonderful treasures you have there. Thanks for sharing. Happy Show and Tell Day.

It takes strength of character to do something like tha t- and even more to hang on to it forever.

All I can say Gattina, is you can't trust the church!! That's terrible that they gypped you out of your inheritance! That's a wonderful story however, they must have been very surprised that they were first cousins but it really didn't matter. A very romantic story! :)

What an amazing heirloom this is-- and such a treasure!

I live about 5 miles from Madison:)
Lovely to hear the history.

What a treasure.
I have an old service book in Finnish that belonged to my grandparents.

What a lovely memento of your family. I am sentimental over things like this! When Meine Mutti came to the US in 1960, a few weeks before I was born, she had no problem entering the country. The reason, was that she was born in Argentina and even though she had declared German Citizenship, entry was based on where you were born. There were many Germans trying to come to America but not that many Argentinians! She sailed right through immigration.
Connie