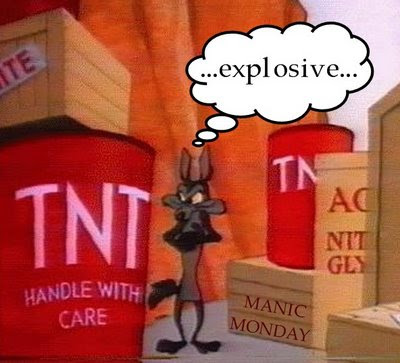 When I was 14 or 15 I was with my parents in Austria at the Lake Wörth during summer holidays. 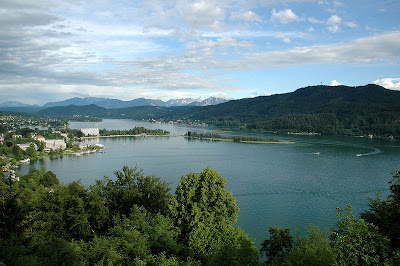 I had been there already once the year before and it had been very nice because for the first time I was allowed to go out dancing ! It was in this little village where everybody knew everybody even amongst the families who spend their holidays here.

One evening I met a boy who was 2 years older then I and he was a wonderful Rock 'n Roll dancer. When we found out that we danced so very well together, we did it all the time and had a lot of success and applause.

The next day however, when I met my dancing partner at the beach, my eyes almost popped out of my head when I saw him in his bathing suit ! He walked with crutches and had only one leg !! He must have been used to such reactions like mine because he came over to me grinned and explained me why he was already an invalid at 17 !

He was born during World War II in 1941 and when the war was over he was 4. He lived in Berlin which was completely destroyed and in ruins and did what all kids did at that time, they played in the destroyed houses. Ruins were such an interesting playground ! I too loved to play in there. We found a lot of treasures, like toys or plates or other things which had belonged to the former owners, probably killed. Of course it was dangerous to play in there and our parents had told us to keep away. But as all children we knew everything better and didn't listen. So the boy then 6 and his sister 8 went playing in a ruin nearby where they lived. Suddenly there was a big explosion. they had walked on some explosive which went of and blew off his leg just under the knee and his sisters left arm ! From this day on he had to wear a prosthesis.

And I hadn't stated anything abnormal when he walked and danced like all the others and I really admired him for that. Useless to say, the same evening we danced together again !

What a super story. What a beautiful place. My daughter lived in Croatia for 5 months and she visited Austria in the winter during Christmas.

We have a Lake Worth here in South Florida, but I ma sure the one in Austria is much more beautiful. Happy MM!

What a horribly tragic thing to happen to him but what a wonderful way that he turned it around for himself. Nice write.

Wow, really a story! My Manic Monday had just been posted...and well, I chose them to call explosives! ;)

Looks like he overcame his disability by learning to dance well. Very nice take on explosive. Have a great MM Gattina. :)

Now that is a beautiful story about overcoming adversity. It is a horror that children are the ones who are injured most by wars supposedly waged in their names by adults.

P.S.: Please come over for a comment-box explosion... a classic:
Time for the Comment Game

What a lovely story and it's especially nice in seeing that he overcame his disability and was such a wonderful dancer.

What a lovely story. Sad, but lovely because he didn't let his injury stop him from living life with zest!

How interesting! I'm glad he didn't let him stop him from dancing. :)

It's a bit of a sad story, but at the same time a story of overcoming something terrible.

Mary Isabella and Kiley too! said...

Loving my visit here. Such a touching story....Mary

This is the best story that I have read all day. Yes it's a little sad but it is alot sweet! Jennifer

Gattina: Thanks so much for contributing this post to blog carnival at On the Horizon! Stop by and check out the other excellent submissions!

This is such an uplifting and inspiring story. It shows that we need to focus on "ability" within the word "disability," rather than the other way around. An excellent experience for a young person like you because I'm sure it has served you throughout your life and helped you keep an open mind about people!

Hopeful Spirit
On the Horizon