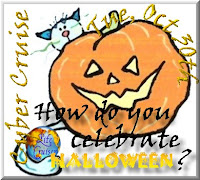 Before I travelled to England the first time in 1992 I never celebrated Halloween. I didn't even know its existence. But then I was in London once at that time and people explained it to me. I found it a very nice use. Three years ago I started to decorate our Living room but really celebrating it we did not. I only invited two friends last week and served them a plate with cookies decorated with fat flies and spiders. The result was a loud scream from one of my friends who thought they were real. 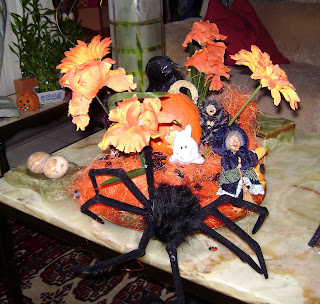 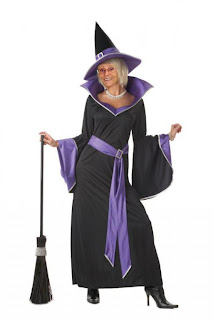 You see that's why I do celebrate virtually ! Do you like my costume ??

I went to Waterloo's Halloween party on saturday. Please scroll down and see what Waterloo has done to make foreigners feel home ! And the Belgians celebrated with them ! 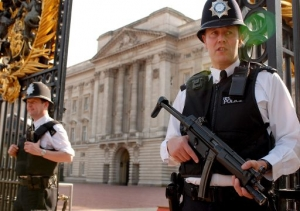 Blackmailing a royal family member
A member of the british royal family has been blackmailed by two men who were arrested by Scotland Yard. The blackmailers asked for 75.000 € otherwise they would publish a video showing this member nude during intercourse and taking Kokain. The identity of this member can't be revealed for legal reasons. What a pity I bed it was not Philip for technical reasons, he is too old, but who else could it be ? Apparently there are 41 members in the british royal family ! 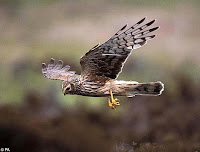 Who shot dead the Queen's rare hen harriers?
Two of Britain's rarest birds of prey have been shot illegally at the Queen's Sandringham estate.
The hen harriers were killed as they flew above trees at the Norfolk retreat. It is not the first time the treatment of animals at the Sandringham estate has caused an outcry. In 2000, the Queen was pictured wringing the neck of an injured pheasant which had been brought to her by a gundog during a shoot. Look at this sweet lady ! I always thought she would be better with animals than with her subjects ! 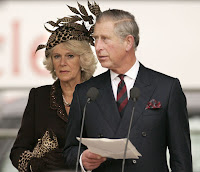 Camilla's uber-elegant outfit puts another feather in her style hat
The Duchess of Cornwall has already firmly established a reputation for style, and the 60-year-old royal was looking more elegant than ever this week as she joined Prince Charles at an official event. Ah ! that explains why the hen harrier had been shot ! It was only to decorate Camilla's new hat ! I am sure it was Charles ! 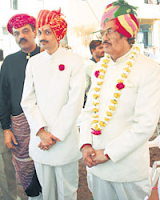 Indian gay prince would have proposed to Oprah
CHICAGO: He is the gay prince. She, the queen of talk shows. When Manvendra Singh Gohil, scion of the royal family of Rajpipla in Gujarat, met Oprah Winfrey on her show, both appeared awestruck. "Had I not been a gay, I would have proposed to you," Gohil told Oprah. First try to read his name loud, because you never know maybe Oprah will change sex to become Mrs. Mr. Manvendra Singh Gohil of Rajpipla, at least she would have a title and live in a wonderful palace and you will have to use her his new name ! 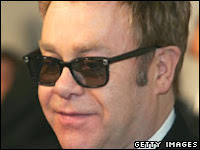 Seized Elton artwork not indecent
A photograph owned by Sir Elton John and seized from an art exhibition is not an indecent image, the Crown Prosecution Service (CPS) has said. The photo, nude Klara and Edda Belly Dancing by American Nan Goldin, was taken from Gateshead's Baltic gallery by Northumbria Police on 20 September. Fortunately they changed their minds, it is completely normal that Sir Elton has unisex pictures in his collection !

Heaviest' mixed-sex twins born
A woman has given birth to the heaviest mixed-sex twins Theo and Millie, born in the UK, who weighed a combined 18lb 12oz (8.5kg). That's a lot indeed, I wonder what she ate during her pregnancy ! At least a few yorkshire puddings per day ! 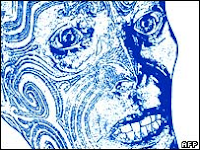 France stops Maori mummy's return
A French court has blocked a museum's efforts to return the mummified head of a Maori warrior to New Zealand. The reason is obvious !! I just manipulated a little a picture of the actual french President Sarkozy and you see the result ! The return was blocked because it is the head of his ancestors ! I always thought he came from Hungary but now I see his origins are in New Zealand ! 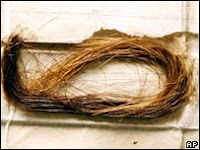 Che Guevara hair sold at auction
The hair was cut from Che Guevara's head after his death
Strands of hair said to have been taken from the corpse of Ernesto Che Guevara by a former CIA operative have sold for $119,000 (£58,000) at auction. That is expensive for a few hairs ! But anyway the color doesn't suit me to buy it and have a wig made.

Fat squirrel trapped behind bars
The squirrel had "eyes bigger than its stomach"
A grey squirrel had to be rescued from a bird feeder as it had gorged on so many nuts it could not squeeze back out through the bars. Now squirrels are doing the same as certain people ! I just saw last week a woman being lifted out by firemen through the windows because she was so fat she couldn't walk anymore. But she pointed out that she would eat like a little birdie. I wonder what for a bird breed that is !
Posted by Gattina at 07:16

Love your costume for the virtual party!!! I would have reacted like your friend , had I seen that fat spider on the table!

And I agree with you about Che's hair, the color isn't "in" and it would need intensive care to shine again...
Happy Tuesday!

Wow...you must be a news addict. I found your post very interesting.

Ha!Ha! Sarko in Maori! I always ask me where you can find all these genial idees, Gattina! Did you see him on english TV during an interwiew!??? When the journaliste asked to him news about Cecilia, He stopped it and go away!!!

Maybe you should sell that suspicion thought about Camillas hat to the newspapers.... *giggles*

Otherwise I can recognize the fat-squirrel-syndrom over here too soon, if this shall continue for long. I already feel like going into hibernation and obviously my body too since I'm hungry all the time, preparing for all the winter.... *giggles*

LOL! You WITCHY Woman! I LOVE your costume! Fits you to a T! I ALSO love Camilla's HAT! AND the gay prince's turban! I should like one of each, I think!!!

Oh, I completely forgot: You look absolutely stunning in that Halloween costume! You really have been in hardtraining for this event I can tell... *giggles*

LOVE your halloween decoration...and the news...and below, your Monday issue for your blog..."Waterloo Celebrates Halloween"....that's pretty nifty too.

[I hope I didn't offend you about your age the other day....I was just joking with you.]

I ysed one of your banners, Thanks.

You look fabulous in your witches costume. You seem to have left off the obligatory wart on the nose;)

You someone who came late to celebrating Halloween you sure got into the spirit if your blog is any indication:)))

I saw that part of Oprah with the gay prince, it was pretty interesting indeed. The program had to do with gay people from other than the US of A and how they are treated in their own countries. The Prince was married to a woman, but never had sex, she cried a lot. Finally after a year he told her he liked boys, she got embarrassed that he would destroy her life that way, and moved out on him!! He is as showy as Elton John.
Oh - and I think that is the dead bird sitting on Camilla's head, looks like it dropped dead out of the sky right on her. Yuck.
Have a wonderful time in Egypt - watch out for terrorist and mean people with guns!!
Love your costume. I don't do halloween, gave up celebrating death a long time ago. Used to think it was fun to dress up and go out drinking and catterwalling in bars, but I think I grew up, or maybe I grew old, I don't know.
Hi to the kitties for me, and talk to you soon! We're going to the Oregon coast for the thanksgiving weekend, staying in our favorite little motel on the beach, hoping to see some whales and avoid some 20' waves!!! WAHOOO!!!

Yes, I love your Halloween decoration!! I still haven't decided what I'm going to dress up as since I have class that night.

Birds have to consume the equivalent of a very high percentage of their body weight, just to survive ... so the woman rescued probably did in fact eat like a bird!

Oooh, sexy witchy! I love your new round ups! My money's on Harry as the blackmailed royal!

ditto what MollyB said.
hummingbirds consume half their weight in sugar each day. I don't know how much they eat in insects.

Recoucou Gattina
You are waiting at Dracula casle with all cruisers! Don't forget your costume!

I think they must have gotten some one to actually dress Camilla. She used to have no fashion sense at all. Now she looks rather pretty.
Is it love? Or a good fashion designer?

WOW! Did you ever go WAY OUT! Amazing! Happy WW and Halloween! Love ya in your witch costume!

Oh, I see the party has been going on all week.

Every time a bird lands on my birdbath angel's head I think of Camilla.