This week seems to me as just one day, because now that the two months of administration sleeping are over my notary asked me for different documents which she needed to complete my "succession case" !

It's really a shame how much paper is wasted, for such a simple succession case as mine ! No wonder that in one year, 13,235 square kilometers of rainforest were destroyed, and this in a time you can do nearly everything by computer, but .... then they have to print it out.

So I was digging the whole week in looking for documents which made no sense, because of course the tax office despite the holidays had already found out where I was hiding my millions ! I pity rich people with land, houses etc, but often they manage to avoid the taxes, it's always the little honest human who pays.

Anyway I was happy that I had recovered during my holidays in Eastbourne, and was able to do it. 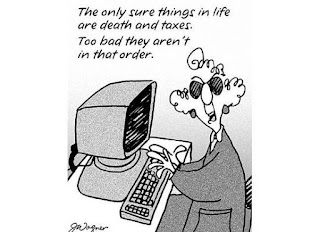 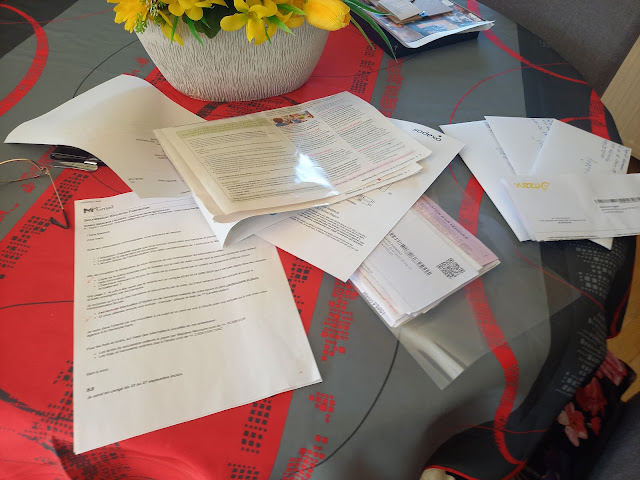 Besides filling in my empty fridge, doing some shopping and chatting with my neighbour, nothing happened except my adventure with a transfer to the UK of 100 £ which my friend there had lent me. I tried via my Smartphone, it didn't work. I tried on my computer it didn't work either. I never had difficulties of doing transfers.

Finally I gave up and went personally and without an appointment to the bank. I was stopped by the receptionist who wanted to know what I want that I dared to enter the bank without appointment.

I threw the slip of paper with the bank numbers on his desk and told him I ONLY wanted to transfer 100£ to the UK and it didn't work.

He was young and probably thought that this ancestor couldn't handle the new ustensils, took the slip of paper and generously told me he would do it for me. And then he started typing around on his computer for a while and then he asked me if the numbers were correct, which I could only confirm.

He tried again and again it just didn't work (I was happy) then it finally worked and why? Apparently the online form has changed because the UK is now part of the other continents and  no longer in Europe although it has not moved on the map. Thanks to Boris Brexit!

Poor companies on both sides who have to deal with that every day and loose time for nothing.

This was the exciting week I had behind me, with one positive point, I found my Easter decoration which I hadn't found on Easter while I was looking for a file !

more participants at Susanne at Living to tell the Story.
If you have difficulties to comment, just scroll down to :
Subscribe to: Post Comments (Atom)
click on it and then you can comment !
I have the same on other blogs and it took me quite some time to find out !
Posted by Gattina at 11:07