1. It's National Popcorn Day-my favorite! Are you a fan? Sweet or salty? A good or great movie you've seen recently (at home or in a theater, either one)?

I was around 8 years old, when I ate my first Popcorn. My American aunt had sent us a kind of rice which my grandma cooked for hours but it  remained still hard like a stone. It was beginning the 50 and no way to call and ask why the rice remained so hard. The explanation came and this time it was my mother's turn. She followed all instructions the only thing she forgot was to put a cover on the pot. Suddenly the grains exploded in the whole kitchen and became like hard snowflakes ! My mother nearly got a nervous breakdown while I found that very funny and caught some and ate them. Today of course I mostly eat them in a cinema and I prefer rather salty. 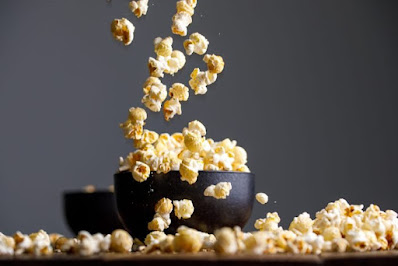 2. What's something you didn't realize was going to take so much of your time as an adult? 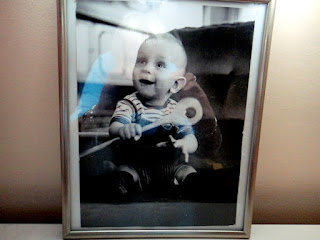 This cute little boy (monster) ! His education and upbringing, but it was worthwhile !!

3. Your favorite yellow something? 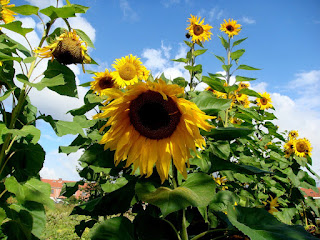 I love sunflowers they are my favorites, and their yellow is warm and not cold !

Why ? Because I love to write as soon as I had learned to read and write I started a diary. I was very bad at school except in writing there I was the first ! I also had a blooming phantasy so that came on purpose to write little stories which nobody read. Blogging was my saviour at least now I write and people can read what I write all over the world. That's a real hobby !

That's difficult as I don't like snow, except twice in my life, when I was a child and had a slide and with a whole group of kids we had fun in the snow, built snowmen and stole a carrot in the kitchen, for the nose. Then was a long pause where I ranted about the snow, and then  I had again a lot of fun to slide down the hill with my little son ! 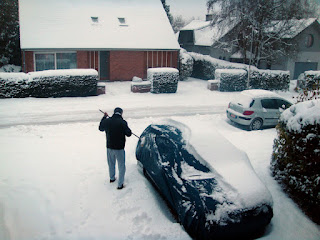 I have no special thoughts except that I long for spring ! Every day is the same except the Corona related statistics which become so  boring that  I don't even read them anymore.