On Monday I had to go to the post office to return the parcel with Toby's Christmas gift, as I had been wrong and had mixed up "Chicago Bulls" with "Red Bulls" !an unforgivable error of a not up to date grandmother! Probably I kept Red Bull in mind because it is a drink, but it is also a football club ! (soccer)!

Going to the post office is a punishment as all people are covid tired  but not for gossiping ! First I had to take a number and wait until I was called. I waited, listening to the 3 employees discussing their domestic problems.

The fact that the room was full of people with numbers in their hands didn't bother them at all. Finally it was my turn and then it went pretty quickly, the whole thing also cost 10 € and the package should arrive in 5 days. I would probably have walked better if I hadn't been so lazy. After that, I went to Aldi with Adeline and we shopped for the week. Then we put our things away, and drank a well-deserved non-alcoholic beer! We were very thirsty!

The next day I filled in my freezer and have now meals from all countries. It tastes very good and there are a lot of vegetables in the food. 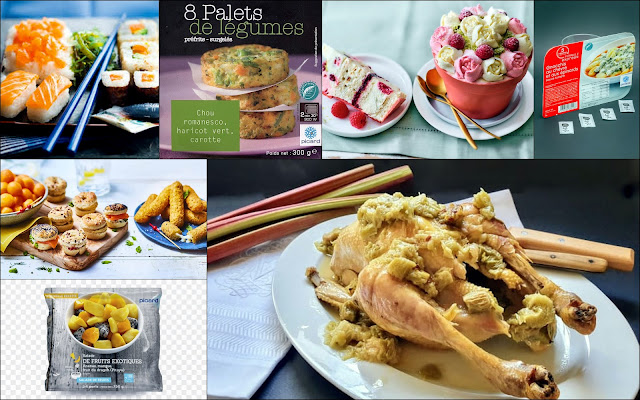 Very easy just to warm up in the Microwave and another advantage is quality and price.

Then it was Rick's day, I had  bought him socks and as usual the wafels, he was again very tired and rather confused, so  I took his laundry and let him sleep ! Sad to see him like that ! That's no life anymore! As usual I was quite depressed when I returned home and continued to sort out my picture and remember our old life together !

Nicole's brain cancer also develops in the  wrong direction, but her brain still works perfectly ! The only handicap she has is that she forgets everything.

I picked her up, had called half an hour before, to be sure she would be ready, arrived.... and she couldn't find her keys, even after half an hour where we were busy to look in all corners drawers, pockets, nothing to do the key remained in its hidden place.

Finally we left without key and asked her daughter to pick her up at 6 pm with a spare key. Adeline came over too and we had a nice afternoon. I finally got rid of my the Norwegian omelet I had bought for Christmas. I had never tried such an omelet and found it quite sweet, but the other two liked it so much that the bowl for 4 people was suddenly empty. 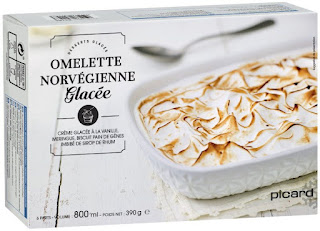 We discussed my rental contract, because I thought the amount I was supposed to pay as charges was too high. Nicole, who used to rent several apartments herself, was able to help me despite her brain cancer. The brain works strangely, it can't find a key or has  difficulties to dress but analyzing a lease is no problem.

The afternoon passed too quickly and Nicole's daughter came to pick her up. I realized that it had been a very long time since I had invited anyone. Rosie is tired she had been petted the whole afternoon and listened to the chatting of 3 female humans !

more participants at Susanne at Living to tell the Story.
Posted by Gattina at 10:29