On Monday I started calling the banks again, because you are no longer allowed to just step in and ask a question, now you first have to make an appointment. It's easier to get into Alcatraz then in a Bank !

After having been  on the phone for 2 hours and listened to the different options, I realized that there was nowhere an option to make an appointment  but only via the Internet.

Finally I pressed a number hoping to get an appointment. The lady on the phone asked me what I wanted. I said I would like to open a saving account. There was a pause as if I had asked her to send me some gold bars and then she snapped at me : we don't do that anymore, it's too much work (!!!) Now I really had enough! Too much work ?? I asked her,  Then a good night and sleep well !  I'll go to another bank, they certainly will be more polite to deal with customers  ! I rather put my money under my mattress!

That was really the last thing, in the past Banks laid out a red carpet, the director came personally, you got a cup of coffee, etc. and now .... it's too much work!

Finally I called the last Bank which was on my list and which was just here at the end of my Boulevard. Fortunately I was sitting, because a human voice answered me !!! No option menu ! I was so surprised that I asked the girl if she was a real person, she laughed and I got a friendly man on the phone who even proposed me to come immediately ! Fortunately I had taken all information about the banks before contacting them and we fixed an appointment. I couldn't believe it. 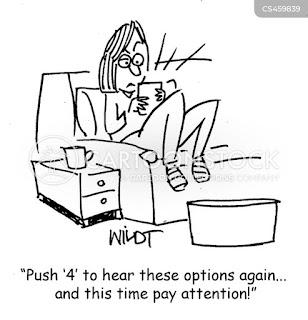 I just had the force to do my weekly shopping and then I fell on my sofa and relaxed !
I need to go to the hairdresser so I went to Carrefour but apparently I was not the only one who had this idea and there was no room for me. I returned home and did some computer work.
Rick was quite well when I visited him, he even went with me to the salon where a "quiz" was taking place about French chansons. Nothing for us but for me it was interesting to see that some people who could hardly speak still knew everything!
I ran out of cat food and had to go out only for that, but of course I couldn't starve Miss Rosie. The seller gave me a little bag of Catnip for her. Normally Rosie has a stuffy nose because she doesn't care about it. But this little bag had an effect on her as if she was tipsy! Adeline who was here for coffee  laughed her head off ! This morning when I opened the curtains the houses behind the trees had disappeared ! 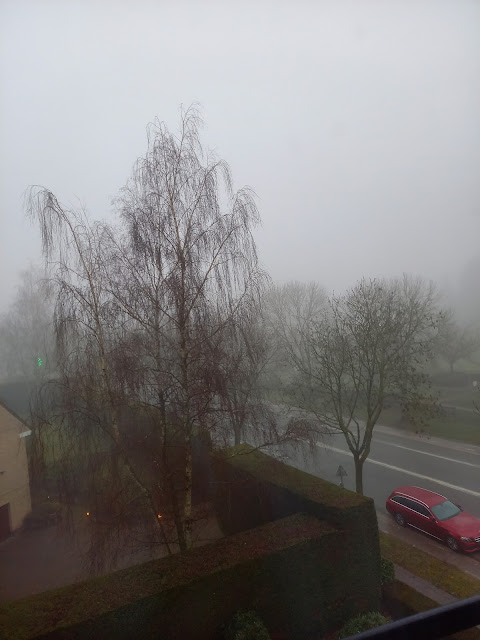 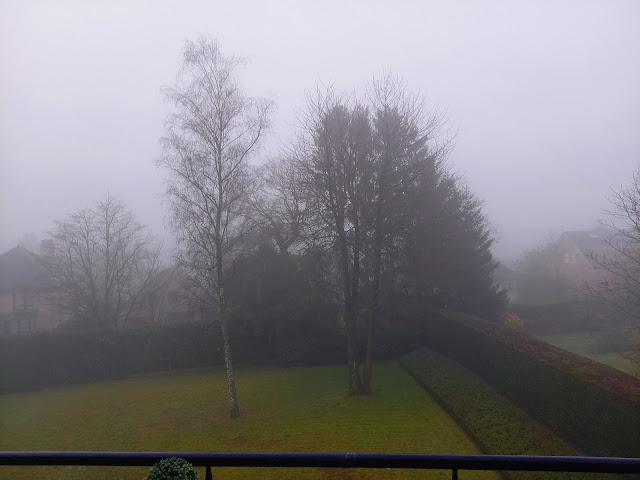 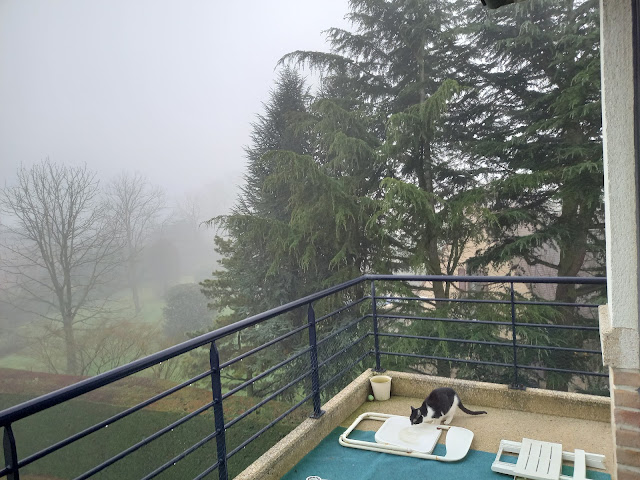 more participants at Susanne at Living to tell the Story.
Posted by Gattina at 11:02