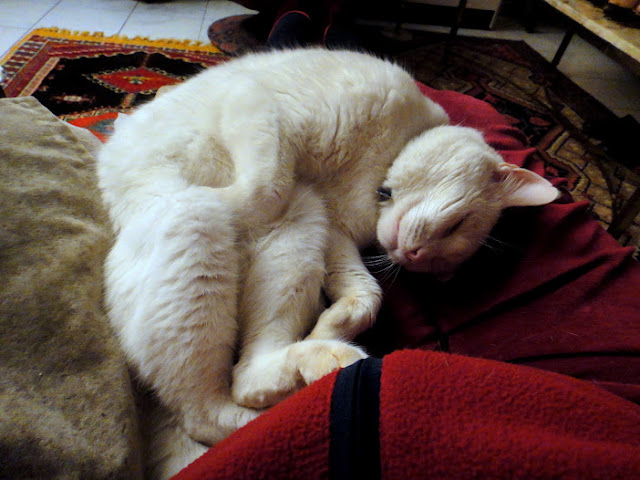 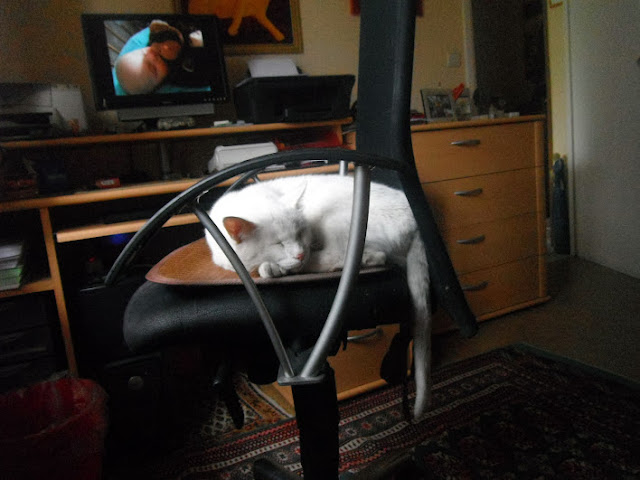 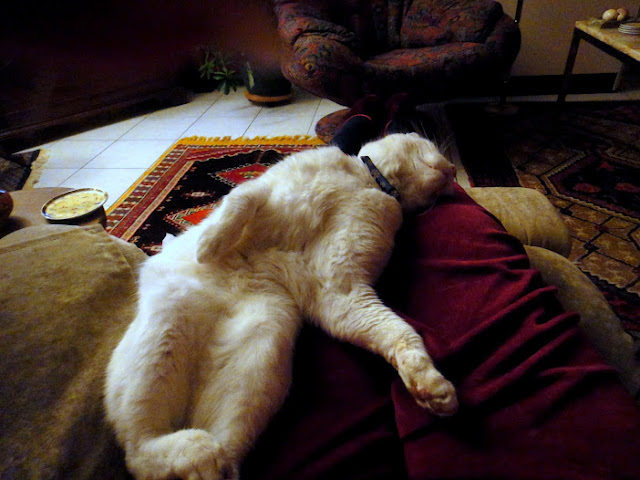 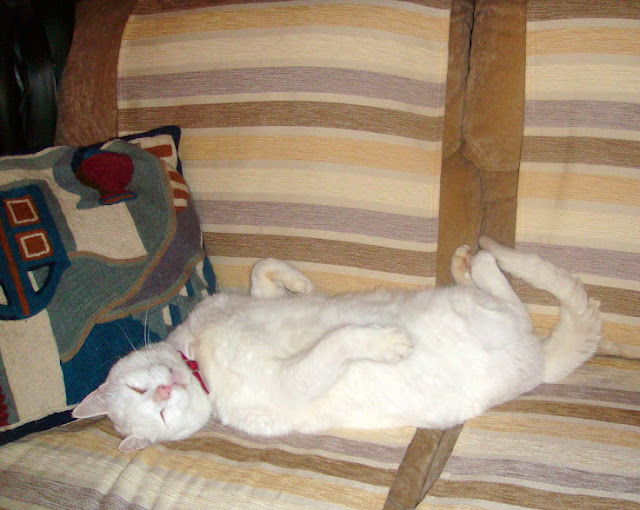 Good night, wake me up when winter is over !

Saturday I almost found my "normal" life back ! During the third lockdown and my miseries with Rick our groups had split. No news anymore from the painting club, neither from our Facebook meetings, where we met "life" several times per year.

But on Saturday I was invited by a Facebook friend who is also such a cat fan like me ! I had already been at her home years ago to admire a new kitten she had adopted. This time I was greeted by a ginger cat with a round friendly face ! He rubbed it against my legs and purred when I petted him. When my friend opened the door he ran in the house. Then she told me that it's not a her cat but a visitor who lives a few houses farer ! All her cats had passed away, she had 3 and two of them were killed by a car. It had happened just 3 month ago and she and her husband were still very sad. There was another lady too and we chatted the whole afternoon about our Facebook group friends and what they had become.

I deplored that we didn't have our Waterloo Facebook meeting anymore and she told me that it is because the founder of this group refuses the vaccine and can't go in a restaurant. I never had thought that from him  ! He also had changed, we hesitated between the 3rd puberty or a Covid crisis, because now he has his hairs until his shoulders and looks like an old Hippie. I hope the crises will not last too long anyway sooner or later he will be forced to be vaccinated or stay in a cavern.

Others had surgeries of broken legs (mostly stairs) some broken relationships and other gossips. With that we had a self made apple ccake which tasted delicious. When I returned home I was feeling good, it's a long time that I hadn't laughed so much in one afternoon !

When I came home I found a picture of Toby with his new sweatshirt, this time the right one ! It was Basket and not football ! (soccer) 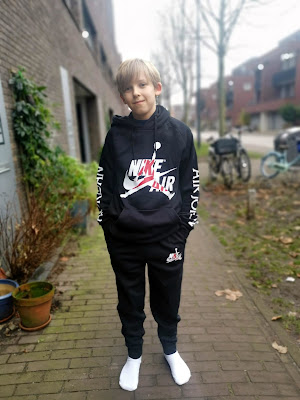 And when I opened the terrace door because Rosie wanted to drink her rainwater, the sky looked so special 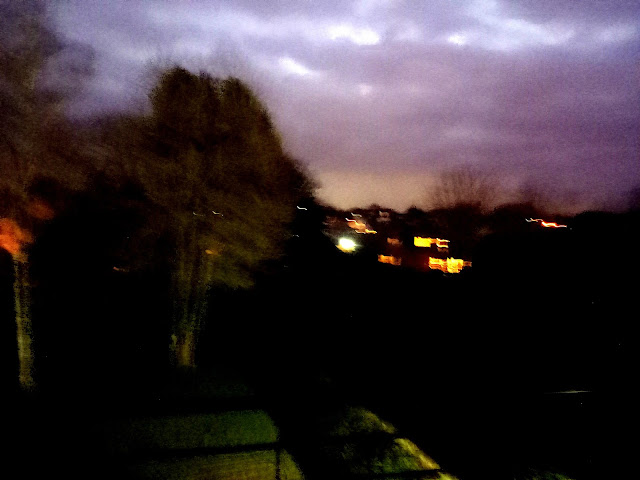 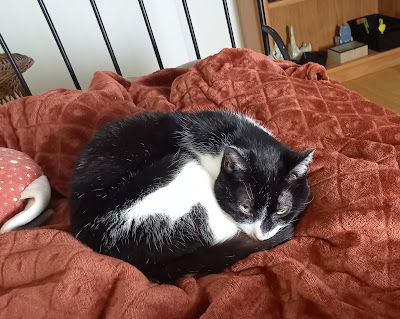 On Sunday it was time to visit Rick. He was not very well and it was not so easy to understand what he wanted to say because he mixes up the  words, his television can become the telephone and I have to change the channel. He is still very agitated and can't sit or lay down for 5 minutes, then he gets up and wanders around. I stayed an hour and then I took his laundry and returned home. 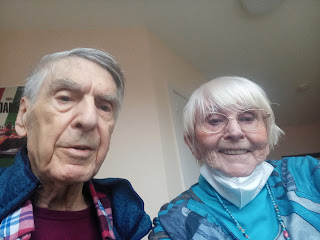 I made this selfie to send it to our son. Rick tried to smile but that's all he could do ! When I arrived home Adeline came over to know if it went well and how Rick feels, she also wanted to say hello to Rosie who she really loves. If ever I have to go away I have no problems to find a kittysitter ! Rosie loves her too !