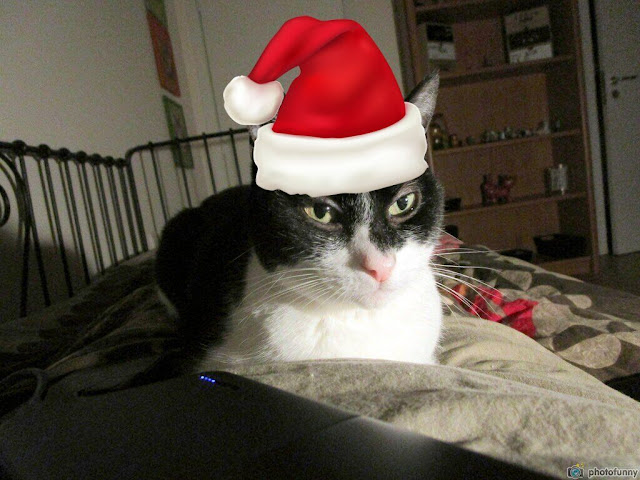 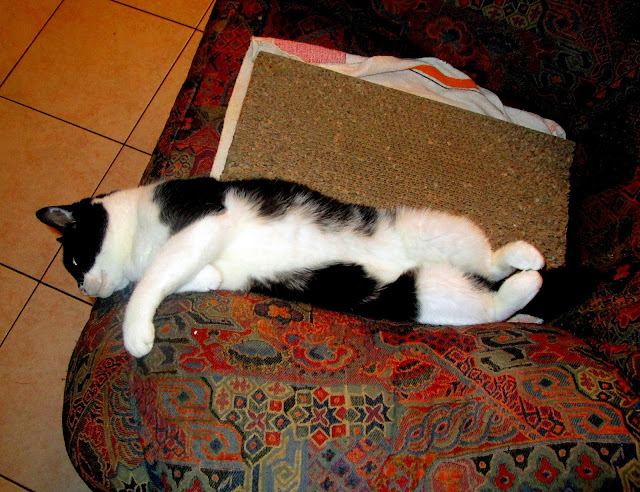 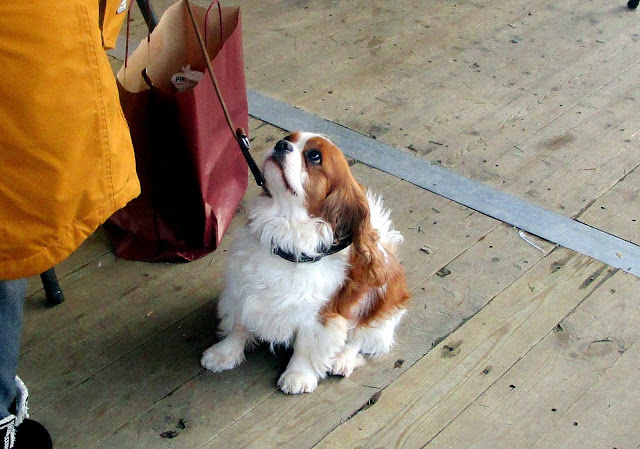 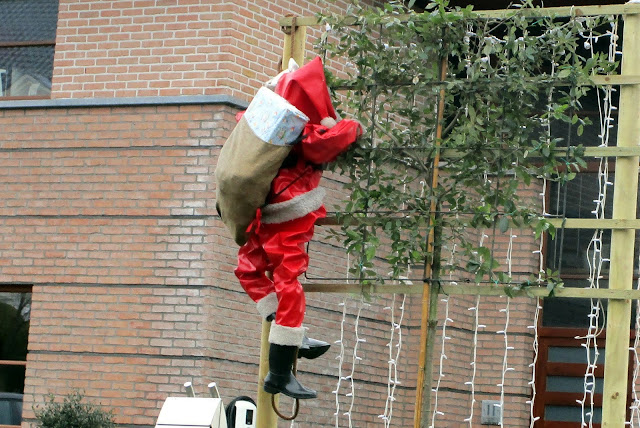 On Saturday it was an awful day ! Mr. instead of wishing me a "good morning" told me that the toilet was out of work ! Very romantic ! I told him to repair it and leave me in peace until I had had my coffee ! He tried (at least) but had to give up because it is a very modern toilet and we had never seen such a system.

A thought it is something completely stupid and instead of calling a plumber I called our young friend JC who immediately came and fixed it in 10 min. He explained the new system to Mr. G. and I hope there will not be a next time !

In the afternoon we went to Myriam, I picked up Nicole because she is not allowed to drive her car because of the chimeo therapy. As usual we had a nice afternoon, despite the fact that we had gotten a few new Corona Virus rules, which seemed to us completely absurd !

On my way home it was dark and I could finally see the Christmas decoration in the city center. Honestly it was quite poor compared to the other years, there were many empty shops and only a few people on the street ! 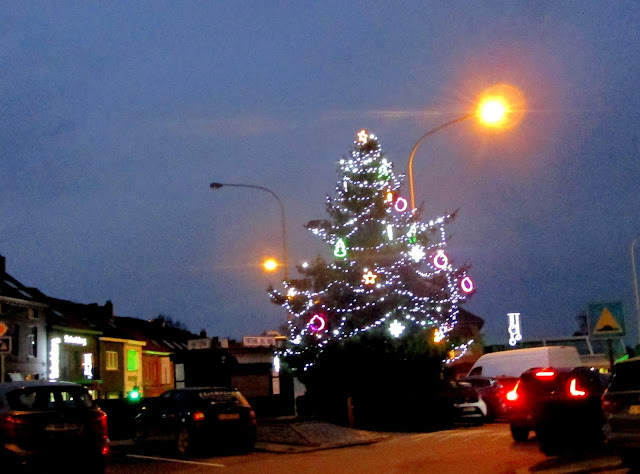 This Christmas tree stood on a place not in the center of Waterloo, which was really a pity 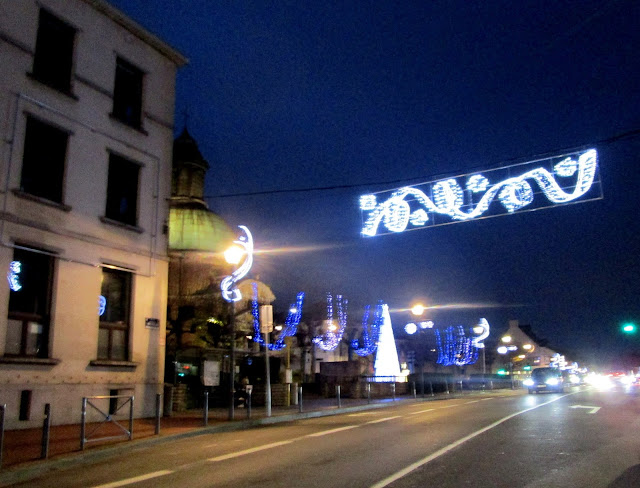 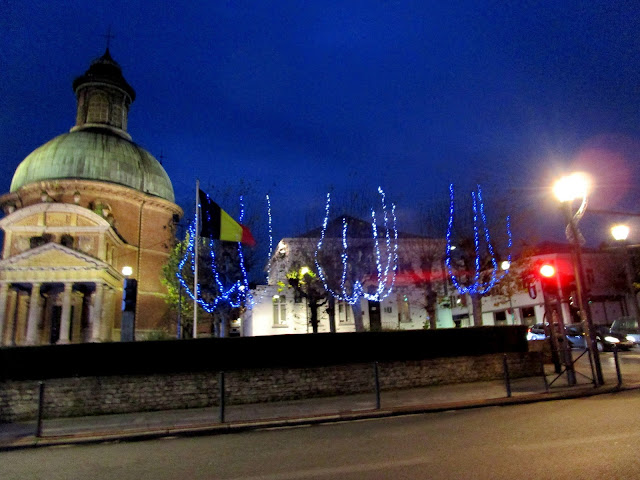 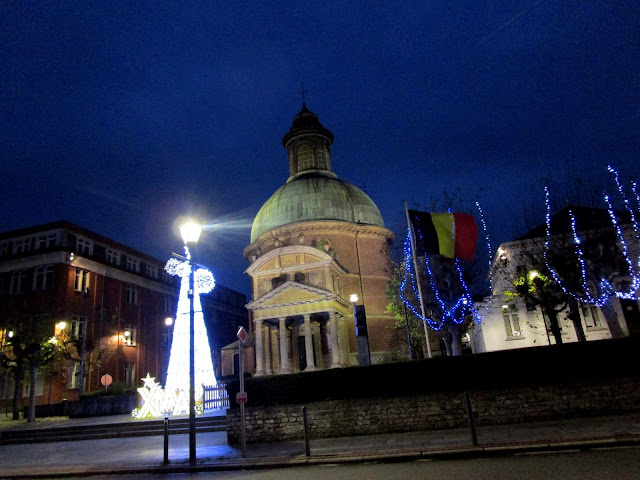 In front of the church in the city center stood the same old cone which should represent a Christmas tree !

I have no idea who had choosen this master piece which is also standing there since several years, sometimes the bulbs are broken and the "tree" looks a bit skinny ! 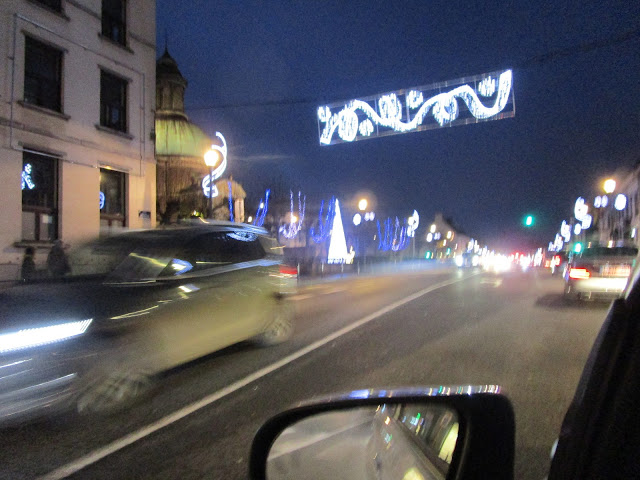 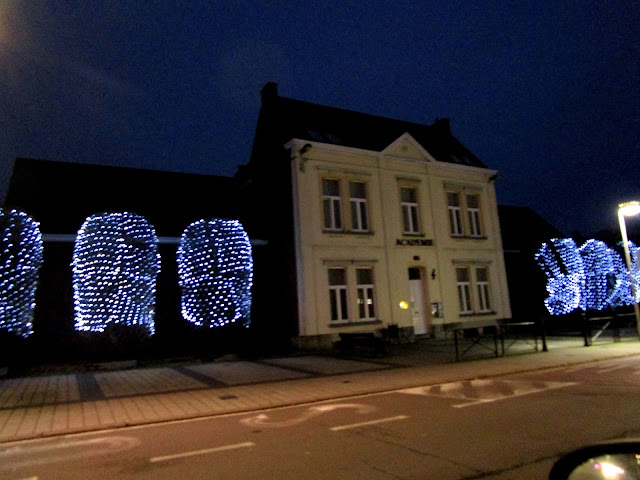 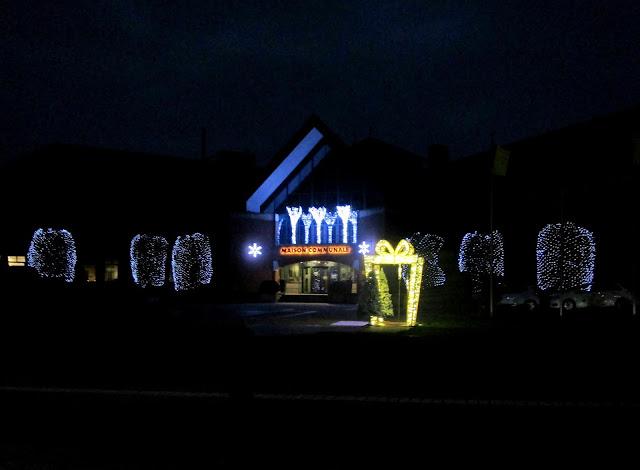 Our city hall had no tree, last year there was the Christmas market here ! There was really nothing special to see, not even people ! And they had said we should decorate the houses to lift our mood, but the municipality had done nothing for that !

On Sunday I made my Christmas cards and wrote the post for my cat blog. Looking out of the window I saw gardeners and the house lady standing there, and then they pulled a tree out. Now there is a big hole in the lawn. I purred because I could watch all this from my 3rd floor and had to do nothing not even paying the bill !! 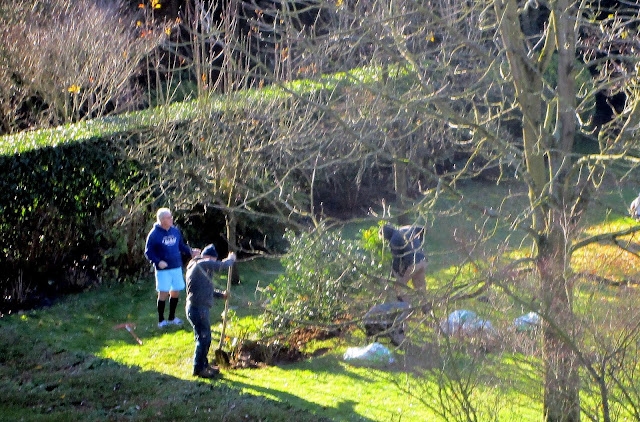 In the afternoon Mr. G's Whist partner came and also Myriam and we ate the Italian and German Christmas cake (Stollen and Panetone) ! For Myriam it was the first time and she liked it. The sun came out and we nearly took a sunbath behind the closed windows.

It's getting worse and worse here in Europe, lockdowns are extended and flights or Eurostar to and from the UK are all cancelled. You can't get in and you can't get out ! Corona helped at least the Brexit ! Sad for the families who wanted to meet for Christmas 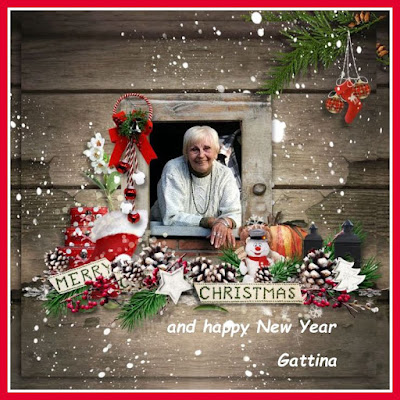 If it is land upon which your apartment sits, you are still paying. Just not directly. And look! Sunshine.

There is nothing left to say about COVID.

I am simply sick to death of Covid! And new problems were announced in England, and our numbers here in New Hampshire grow.

What an eventful weekend!
We are in lock down here in Canada too. I am glad I am back in a small village and not living in the big city. It does not seem quite as restrictive as it does there.
Barb

Sure some pretty lights.
Coffee is on and stay safe

Yep we are sick of this virus, and brexit! Love your pics of the cat and whose is that beautiful dog? I had a cavalier many years ago. Glad you got the toilet fixed quickly. We have 2 here and hopefully they wouldn't both break/block at the same time. I hope you enjoyed your Christmas, different as it may have been and let's hope 2021 is better!