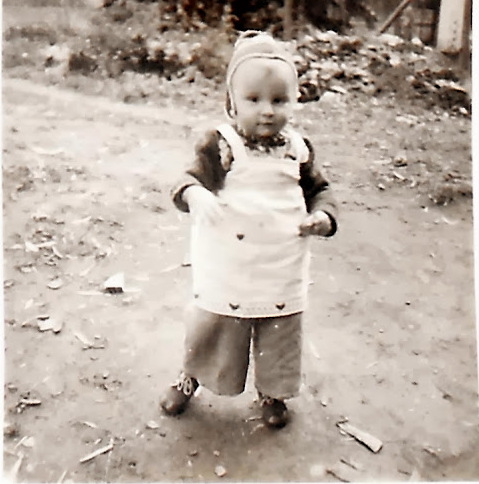 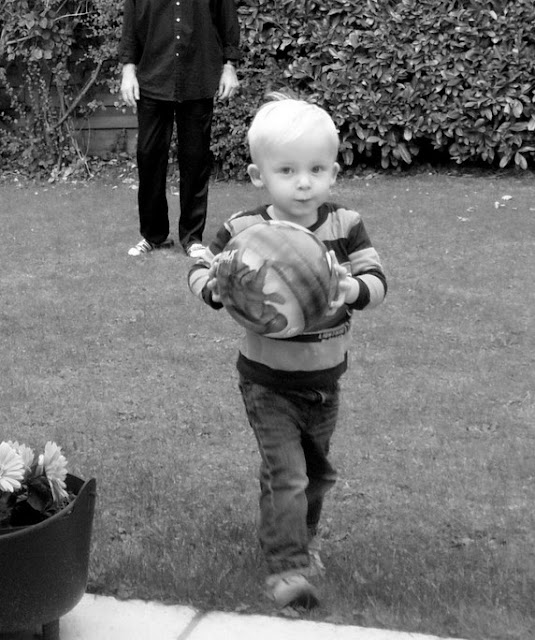 Me and my grandson when we were two years old !

On Saturday it was cold and grey. Mr. G had the first symtoms of the lockdown and didn't know what to do with himself. Nothing was good. Fortunately before I had time to kill him, Nicole arrived because she had a little problem with her computer.

She arrived with mask and gloves, but took them off only the mask she wanted to keep. I think everybody should do what he thinks is the best for him.  As she is 81 she also belongs to the persons at risk. 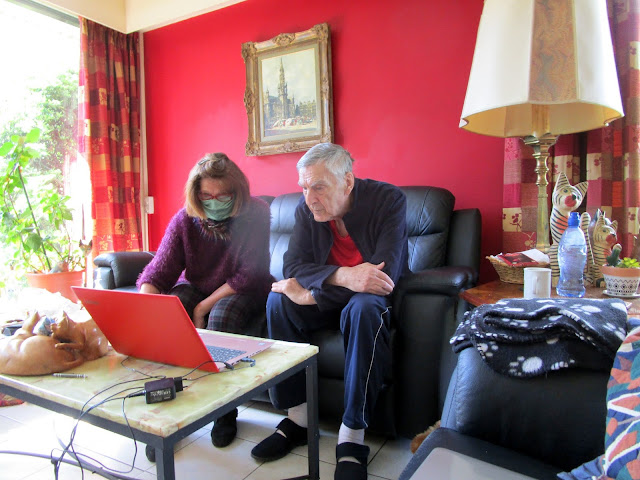 So they were busy, first he cleaned her computer and then she explained how to play Scrabble online with her and other people. I thought that's a good idea because now he is really fed up not to play his Whist three times per week !

Sunday it was cold. Fortunately in the afternoon it got a bit warmer, but I had never thought that we would be able to sit on Nicole's terrace ! 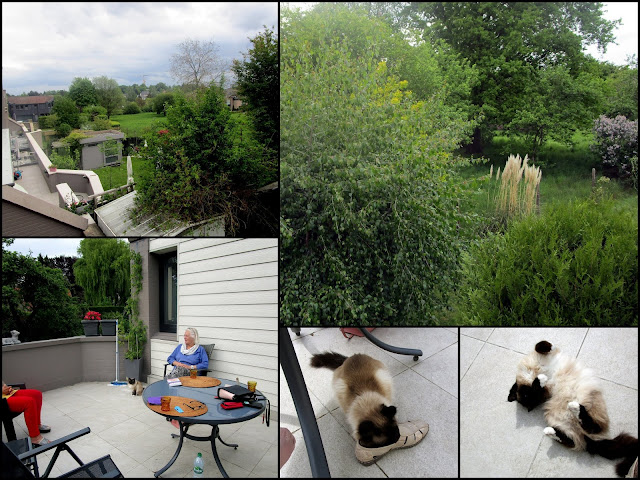 It was nice and warm in  the sun and we enjoyed our get together and had a lot to discuss, because on Monday there will be the first step for the deconfinement, fabric shops will be opened and some companies will start to work again. They all had to reorganize their offices so that the employees or workers had the requested space of 1.50 m, enough masks and special work coats and also the working hours so that not all of the personel arrives at the same time.

For those who can it is requested to continue to work from home. In public transports masks are obligatory and if you don't have one you get a fine. They also have less people allowed in the wagons or buses so that it is not overcrowded. Now this are all theoretical advices and installations, on Monday we will see how it works. One thing is sure I don't put my nose outside when they all rush to the fabric shops and hamster fabrics like they did with toilet paper ! In any case I don't need fabric I can't sew ! 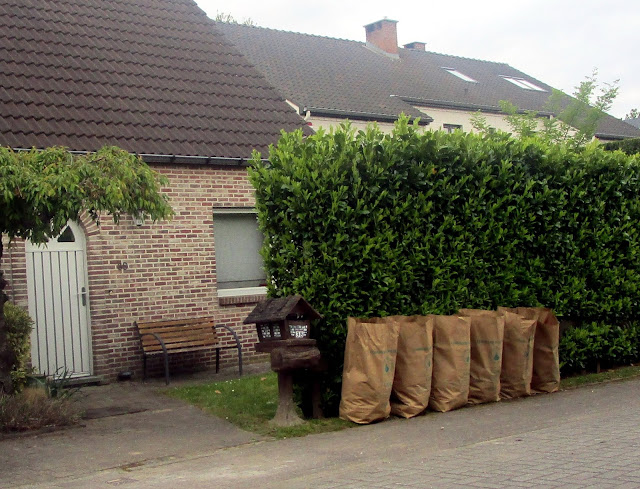 Myriam before she arrived had two gardeners working for her to pull out weeds and these are the bags we have to use for green rubbish. The bags you can buy in stores or at the city hall. It can become quite expensive when you have a big garden !

On my way back I enjoyed the empty streets, probably for the last time, I would have enjoyed it even more if there were not these dammit bikers who during the lockdown thought they were the kings of the road, didn't respect any traffic rules, were riding in the middle of the street, even with little children and I had to horn several times because they just didn't move ! 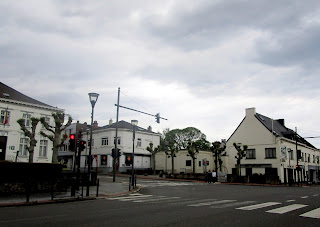 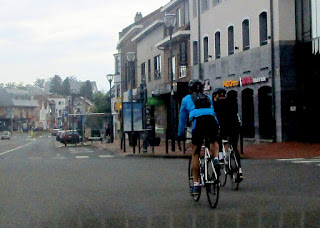 As long as the streets were nearly without cars it was not so dangerous, but we don't have any specific lanes for bikers so it can become really very dangerous. I hope it will change again when more cars are on the street. Or they have to change the whole traffic system and built lanes for bikers only, like in the Netherlands although there too they drive like mads without looking !