For the past few weeks, we had all been sitting behind our TV and we were watching with more or less interest the development of a Virus which reigned in China and which was called Corona Virus. We made a lot of jokes because it's also a well known brand of beer.

But then it went down to the wire, and we started to think it'll become a very uncertain month that we've got ahead of us.

Indeed the Virus started to move and spread out.

The first country which was heavily hit was Italy with the result that the government decided to shut down the whole country, no restaurants, no hotels, no shops, only food stores, no market no, meetings, no sport activity in fact no social life at all anymore then sitting home and washing your hands.

Some people wear masks when they went out. But despite all the precautions it arrived in France, in Spain, and all the other European countries followed and of course also our little Belgium.

Since today we have the same rules like in Italy. We are not allowed to go into a restaurant or a bar, to the theatre or a cinema, to the market or to a football game etc. The schools are closed and the Universities too, but students can follow their courses on internet. Fortunately the nurseries remain open and there is also a daycare for young school children whose parents are both working and have nobody to take care of the children. 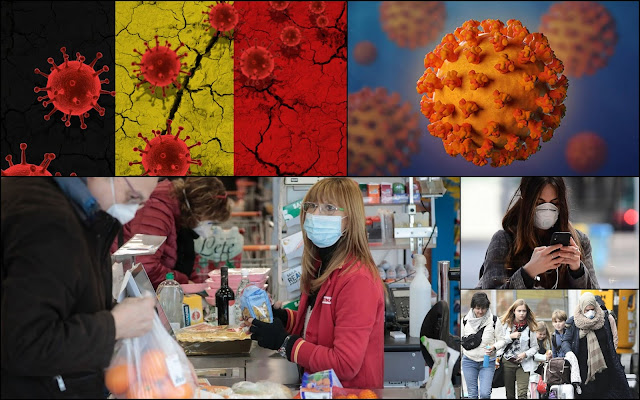 The virus looks rather beautiful

As soon as this decree was out, people rushed to the shops to buy food. It was like in war, people lined up in front of stores and a reporter said in the news : "I saw a line of 150 caddies before the opening of a supermarket. Never seen by some regular customers who come to do their shopping quietly. Some people said to me, I have never seen that .."

The shelves were empty especially pasta and rice and two women were fighting for the last loaf of  bread ! A friend of mine had filmed the scene, it was really funny if the situation wouldn't be so bad.

I will do what I am told, wash my hands and keep one meter away from the person I am talking too. To make a joke I took a meter with me and measured before I talked to Nicole.

It's better to take it with humor then sitting in a corner and imagine the worst.
This is only the start, but we try to keep our life as normal as possible with our Scrabble, this is private, unfortunately no painting, as the retirement homes are closed too, but we will find  another activity all in private of course because museums are also closed.

We have in total 556 infected people and two dead, one 90 and one 76 years old. For a country with about 11 million inhabitants it's probably quite a lot.

And you know what is badly missing because people snatched it from the shelves .... Toilet paper !!

What a strange time ! 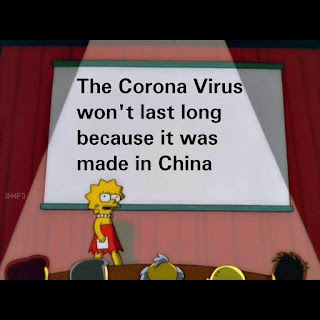 It takes a while for the reality of what’s happening to sink in. Hopefully, the more people exercise caution and keep their distance, the less it will spread to see us through until a vaccine is made. In Canada, a virus-like particle of the novel coronavirus apparently has been produced. This start towards producing a vaccine will, however, take some time.

Oh my, it is a terrible worry. But yes, just take care (and a measuring stick!) and wash your hands. We have more space between the populations here in SA but we still have to be careful. With me in the tourist trade, I have to check where my guests hail from. So far a UK couple who have been visiting in SA for several weeks and then a couple of local reservations. Keep safe, my friend. xx

Yes, we went to do normal shopping and so many things were gone. But fortunately I was raised by a mom who went through a depression and then earthquakes and raised me to have a storage of the basics, so we are fine... cooking might be a bit mundane but no issue. You take care.

Here the museums and schools are closed for a couple of weeks or so, plus the libraries. The universities are going online for the remainder of the term. And the sports leagues have suspended play for the time being.

It’s a very challenging time and we have to adjust to the new normal! I can still find toilet papers and bread and such around here but that may change very quickly!

The toilet paper panic seems worldwide. Here we have people fighting in the aisles for the last roll. I think they might starve surrounded by toilet paper.

There a panic happen all over the world.

It's certainly worrying especially when the UK doesn't seem to be following the actions of other countries. I hope we don't come to regret that but people are taking their own measures to protect themselves - many working from home, sports authorities cancelling events even though the Government has not said they must. I'm sure there will be more measures put in place in the coming days.

We have 21 cases here. Not in lockdown yet but everyone is trying to stay at home. I Will be working from home from tomorrow.